If you live anywhere in the South, youâ€™ve likely heard the old joke that says “whenever someone dies, they donâ€™t go to heaven (or that other place), without connecting in Atlanta!”

Having spent 14 years living in various southern cities and connected through Atlanta more times than I care to remember, thereâ€™s no doubt the scene at Hartsfield-Jackson International Airport (ATL) the other weekend is one that wonâ€™t soon be forgotten.

Recently, I needed to take a number of flights for family reasons, and in the current coronavirus climate, I wasn’t sure what to expect. My adventure took meÂ  through one Delta mega-hub (Atlanta ATL) to another (Minneapolis MSP), where typically the flights would be full. However, this time they were only about 25 percent occupied. The ATL to MSP flight, usually an A321 or 757, had been replaced by a smaller 737-800.

The food court in the E terminal had just one restaurant open: McDonaldâ€™s. They were so happy to see anyone that they gave me 10% off my McDouble — that 20 cents will go far someday, I just know it! You know itâ€™s bad when even airport concessions start discounting prices. 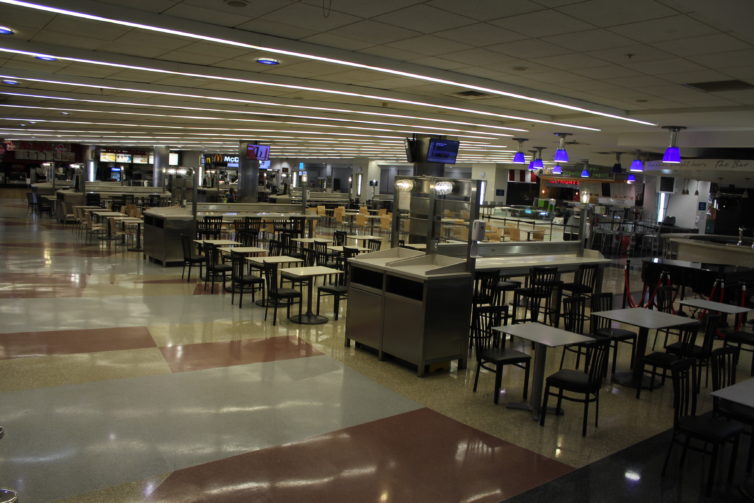 Plenty of available seats at the E gates food court, only McDonald’s was open 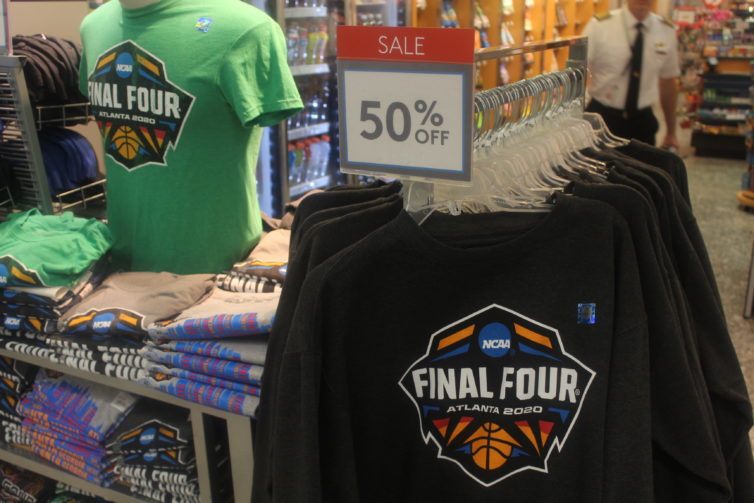 Collector items: half off at ATL for a Final Four that never happened

The eerie scene continued in Minneapolis, where theyâ€™ve also closed concourses and many amenities. The entire court which boasts shops and eating places was closed during my 7:30 a.m. Sunday departure. Not one person in the whole area, something Iâ€™ve never witnessed flying in or out of the city I grew up in. 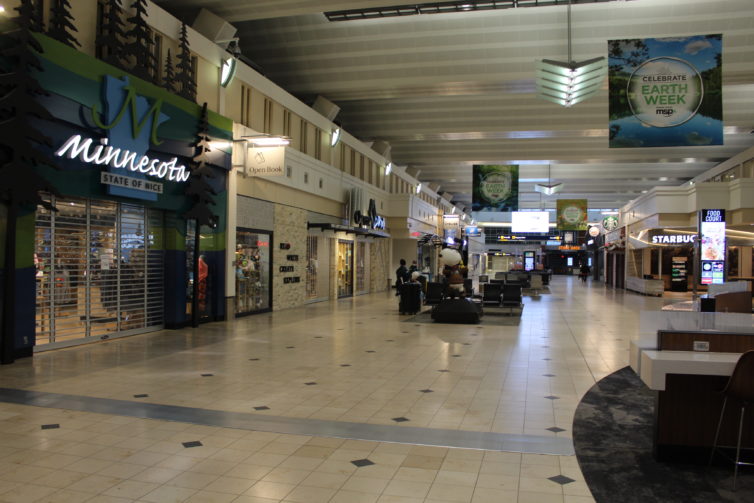 Sunday morning at MSP. The popular shopping area on the other side of ticketing is empty

Having grown up in an airline hub city and worked for Boeing and the Seattle-International Airport in the past, I have a love for aviation, like I am guessing you as well (or why else would you be on this website?). Seeing this change was painful.

BONUS: Goodbye, Virgin Queen… an elegy for a 747

Chances are air travel will never be the same, even after the coronavirus becomes a thing of the past. Free adult beverages in first and economy comfort classes, heated meals and airport lounges, that boasted buffets are a thing of a thing of the past… at least for the time being. Airlines can’t keep flying planes at a loss, so that dreaded middle seat has already started to come back, with passengers not so happy. 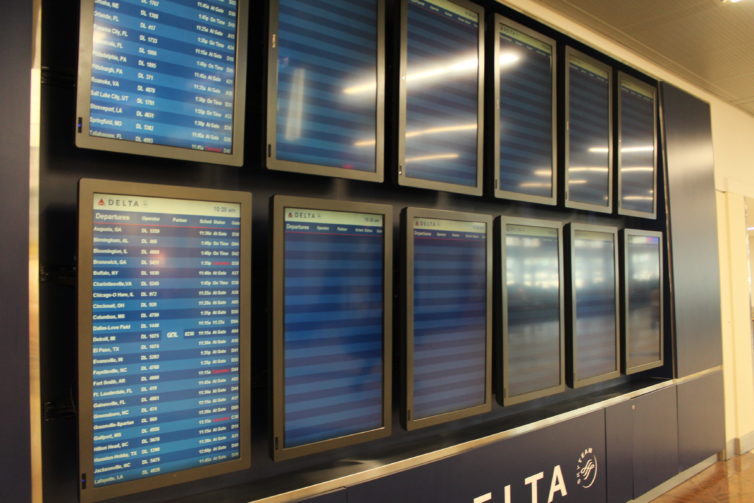 Lots of empty screens at ATL, since flights at the mega-hub have been cut by 60 percent

After seeing the ghost towns of ATL and MSP, perhaps all the complaining we did about packed airports and planes was unwarranted. We were all spoiled by a system that provides the quickest and safest mode of transportation to connect our world. 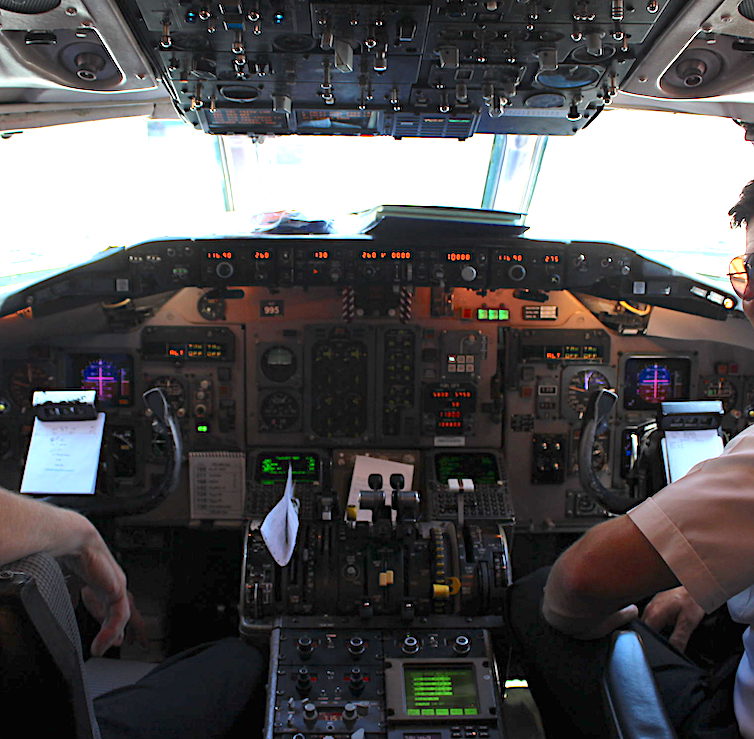 Final Delta MD88 Ride from ATL to CHS, as the plane will have an early retirement at the end of June. Thanks flight crews for keeping us connected and safe in these crazy times

Thank you to all the airline and airport personnel who are still on the job, doing their part to keep the world moving – even if it feels like weâ€™re all stuck in place. I am hopeful for a day when things return to how they used to be — even if that might be a while.

CORRESPONDENT - CHARLESTON, SC A lifelong aviation fanatic and former TV news reporter, Brianâ€™s unique flight experiences include an Air Force B-1 Bomber and Marine Osprey in addition to working for Boeing and the Seattle-Tacoma International Airport.

Great read..and very true! We just flew southwest from BEI to Nashville..47 people. Then Nashville to CHS had 70.. not good but the flight attendants said 70 was the biggest they have had since this all started. Letâ€™s hope itâ€™s just the beginning

Thanks for the read, Bill. Pretty crazy when airlines get excited for 70 people aboard a 737! Airline stocks up the past few days, although flying with 85% less capacity and then half empty planes still loses a ton of money. Will be curious how long this can last. No business can survive long with that.