The new SEA-CDG service will operate on Wednesdays, Fridays, and Sundays, increasing to five per week during the summer peak season (June 19 â€“ Sept. 1) by adding Mondays and Tuesdays to the schedule.

The incoming flight was greeted with a traditional water-cannon salute

According toÂ Perry Cooper, senior manager of media relations at Sea-Tac Airport,Â Air France has returned to a very different Sea-Tac airport from when it first arrived. “Back in 2007, the Air France flight to Paris was the first new international destination in over a decade and Sea-Tac was the 19th-busiest airport in North America. Now, Sea-Tac has risen to the ninth-busiest airport with nearly 47 million passengers in 2017.” 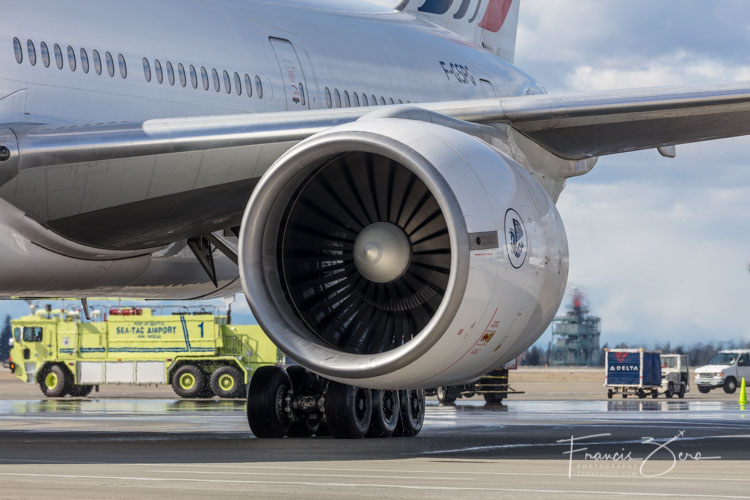 One of the jet’s GE90 engines, still dripping from the water-cannon salute

It’s always a great experience to be out on the ramp when a big jet comes in – the engines sound great up close, and the smell of jet exhaust is like AvGeek perfume. 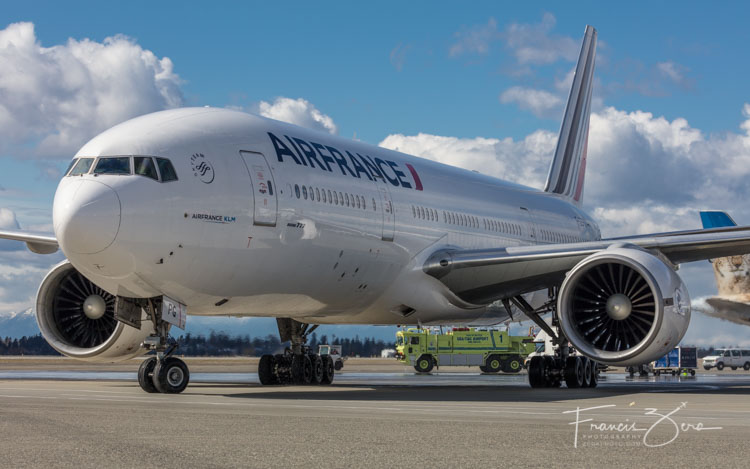 Up close as AF338 taxiing to its gate

The additional routes mean that Air France and its partner Delta Air Lines now offer up to 12 flights a week from Seattle to Paris. Air France-KLM is also part of the SkyTeam alliance. 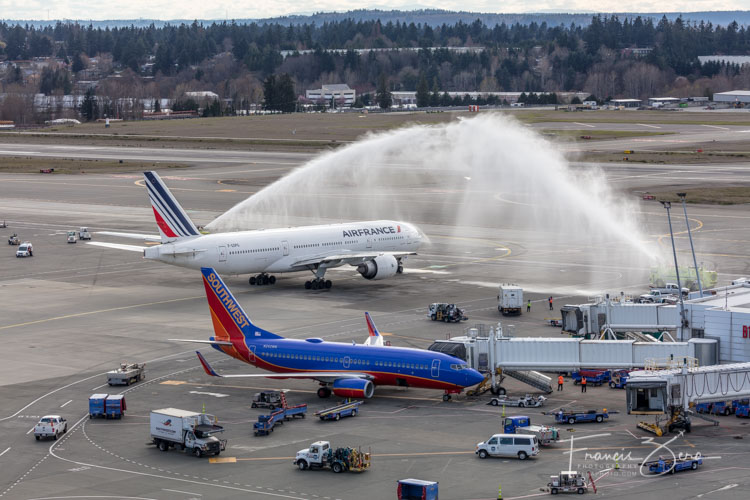 I remember catching the SEA-CDG flight twice back in 2007, when Air France was using A340s on the route. Both were memorable flights, not just because of the destination but, as I recall, the service was solid, even in coach. Hoping the same holds true a decade later. 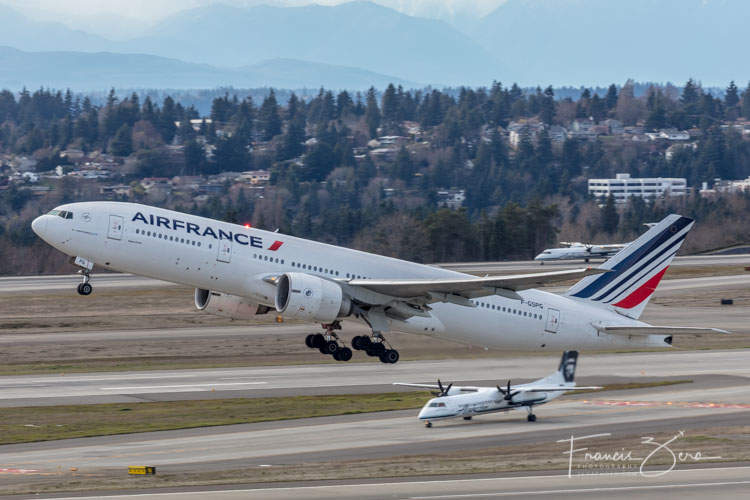 Airbus wonâ€™t like this. To add insult to injury, theyâ€™re doing it in a Boeing.