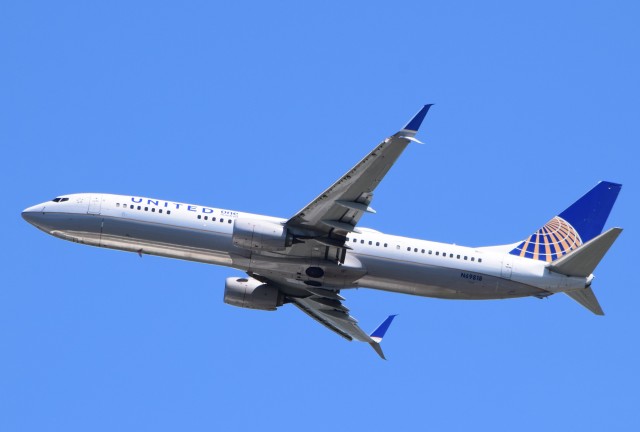 Some Basic Economy fares are more basic than others

What exactly do American, Delta, and United mean when they say “Basic Economy?” The idea is to offer fares stripped bare of features like seat selection, flexibility, and upgrades. This allows the legacy carriers to more easily compete on pure price with ultra-low-cost carriers (ULCCs) like Spirit and Frontier. In the markets where it is offered, Basic Economy will appear a new choice alongside standard economy and first when you search for tickets. Transparency will be key, so there’s a big onus on the airlines to make sure that customers know what they’re getting themselves into if they buy a Basic Economy ticket.

It’s worth noting that there are meaningful differences between Delta, American, and United’s Basic Economy products and what you get with low-cost carriers: 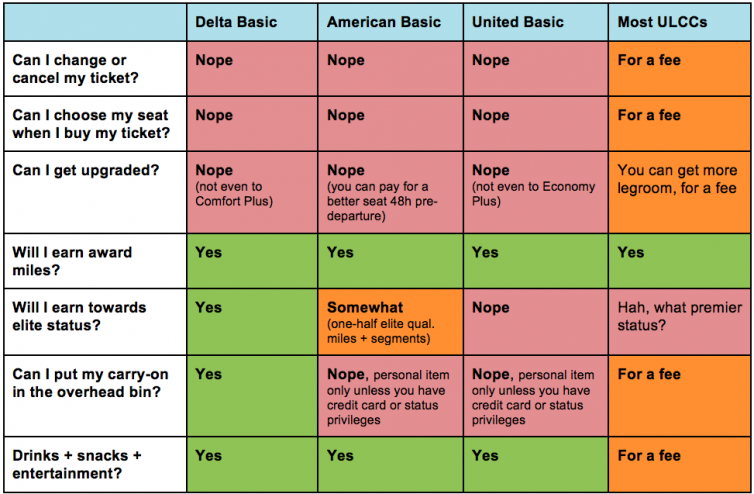 Notes: (1) Our ULCC column is based on the most common policy across Spirit, Frontier, and Allegiant. (2) Info on United Basic Economy and American Basic Economy is based on information from the airlines, as tickets are not for sale yet.

Overall, Delta’s Basic Economy is the least stingy, at least for now. You still get access to the overhead bins and still earn towards elite status in full. United Basic Economy is the strictest, as it limits your carry-on bags to whatever you can fit under a seat, and gives you nothing towards elite status. American followed a middle path, sharing United’s personal-item-only restriction but letting you earn some Elite Qualifying Miles (EQMs) and Segments (EQSs) — though only half what you’d earn on a Main Cabin ticket.

All three Basic Economy products are more restrictive than ULCCs when it comes to flexibility to change a ticket, get a refund, or pick seats. There’s no guarantee that families that book together will be seated together, though American has said it will try to seat children under age 13 next to an adult on the same reservation. Basic Economy puts you in the last boarding group unless you have elite status or privilege through a co-branded credit card.

The saving grace is that once you’re onboard, American, Delta, and United can’t really treat Basic Economy passengers worse than Standard Economy passengers. You’ll still get complimentary drinks, snacks, entertainment, and 30-ish inches of legroom, more than you can say for an airline like Spirit. So if you really can’t stomach the 28-inch pitch on some low-cost carriers, you’re probably better off with a basic fare on AA / DL / UA.

BONUS: I Did the Spirit Airline Bare Fare … For Science! 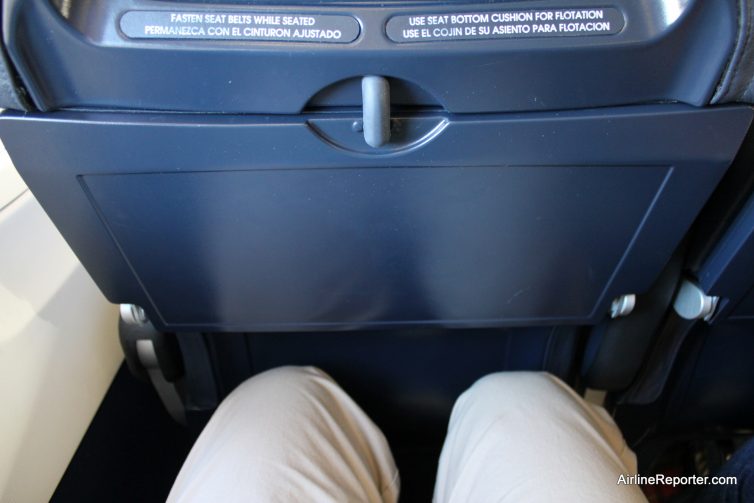 You get what you pay for

Putting aside the flak that airlines get any time they squeeze seat pitch or skimp on services, it’s a universal truth that you get what you pay for. And despite the boatload of “never again” stories from people who’ve flown on Spirit, Frontier, or Allegiant, people keep voting for the low-cost carriers with their wallets. So we probably shouldn’t be surprised that Basic Economy happened. We sort of had it coming. 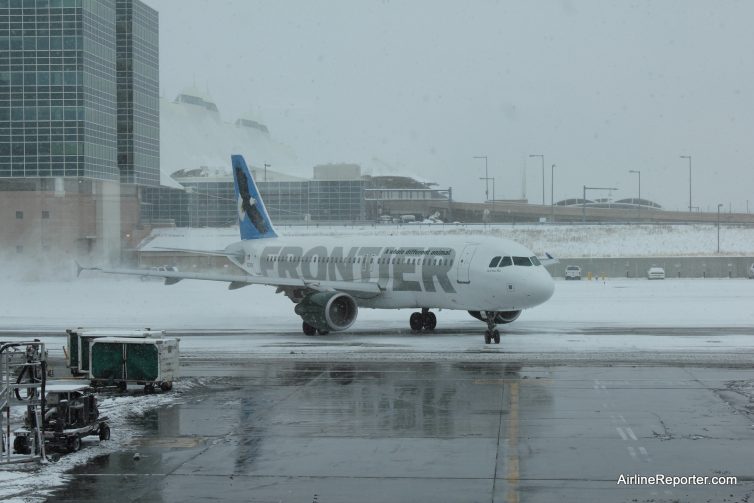 That said, I don’t expect any consumers to be excited about Basic Economy. To make matters worse, nobody said that the new basic fares will be cheaper than today’s standard fares. In many markets, the legacy carriers are already price-matching the low-cost carriers. There’s good reason to believe that today’s Economy prices will become tomorrow’s Basic Economy prices, while Standard Economy will become more expensive. In fact, American has essentially admitted as much, saying in its press release that Basic Economy is “not a new discount, but a new set of attributes for our lowest fares.” Yikes.

Today, if you fly enough — even on the most discount of Economy fares — you can usually earn towards airline elite status. That changes with American and United’s Basic fares, which contribute 50% and zilch to your elite status qualification, respectively. On a Basic Economy fare, elite status won’t bag you any upgrades or complimentary access to preferred seats. If you foresee yourself flying on Basic Economy fares, you may have less of a reason to stay loyal to an airline, since elite status will be harder to earn and will come with fewer perks. The balance of power shifts away from elite airline status and towards co-branded credit cards, which can help you keep some of the perks that you’ll otherwise lose with Basic Economy.

An end to the battle for overhead bin space

One of the stingiest Basic Economy policies — at least at first glance — is American and United limiting passengers to one personal item. Any bags that can’t fit under the seat need to be checked in for a fee. American will even charge you two bag fees if you bring a bag to the gate that’s too big to qualify as a personal item. Sounds rough, right?

Well yes, but maybe not for everyone. As a silver lining, this policy may finally end the war for overhead bin space if it prompts enough travelers to check in their bags. The rush for bin space makes boarding needlessly stressful, and gate-checking extra bags causes delays. Forcing some passengers to check their bags could be a much-needed antidote, removing hassle from the boarding process and helping planes leave on time. 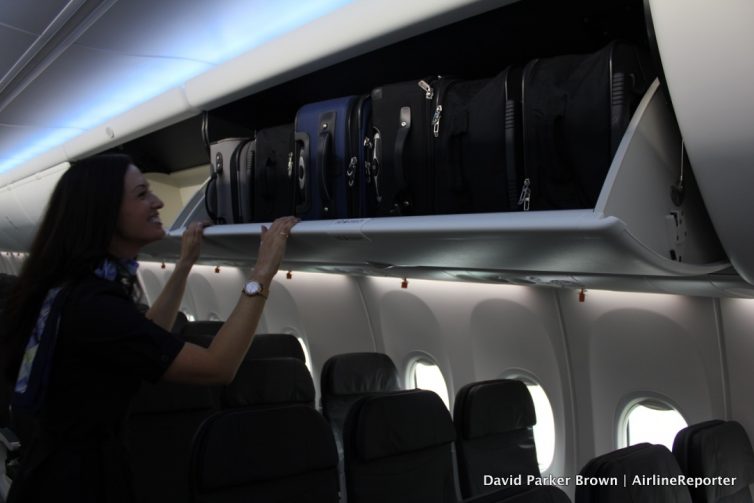 More spacious overhead bin designs like this are better, but fewer bags coming onboard to compete for bin space would be the best

From the consumer perspective it’s hard to see the introduction of Basic Economy fares on legacy airlines as a good thing for the average traveler. However, attitudes will adjust with time, and Basic Economy will become the new normal. We can’t complain too much, since the Economy Class of days past still exists — it’s just called Premium Economy now.

So what does this all mean for you? In the world of Basic Economy, you’ll need to think more deliberately about how much you value many of the things you get for free today. Are you willing to forego ticket flexibility, overhead bin space, seat selection, extra legroom, and more just to snag the lowest fare? If not, can you put a specific dollar figure on how much you want those perks? I hope you can, because that’s exactly what you’ll need to do in the brave new world of Basic Economy.

Now it’s time for AirlineReporter to hear from you. What is your reaction to Basic Economy fares? Would you be willing to try them? Have you tried them already on Delta, and if so, what was the experience like? Share your thoughts and stories in the comments section below.

No matter how awful the planes, often the entire groundside experience is much worse. At least on most airplanes, the crew wants to stay alive as much as you do.

The last several times I’ve flown, my computer case – basically a 4.5″ attach – wouldn’t fit under the seat in front of me. And if you look closely, some seats have no room under them because of equipment (power supplies?)

That’s a great point, Dave. My guess would be that in practice, the airline will only make sure before boarding that your bag is small enough to fit in the space under a standard seat. If there’s still space in the overhead bins when you board, I doubt the crew will stop you from using it — especially if there’s reduced space under your assigned seat. But we’ll see!

I see a lot of hate being thrown around in AR whenever someone mentions LCC. Even in common aviation questions, most people chose LCC’s as the number one thing to avoid.

I still don’t get it why people hate it so much. When you pay less, you get less. True the lack of seat pitch is hard to combat, but I feel with the right amount of preparation you can offset pretty much everything bad about LCC’s, unless you are very attached to the creature comforts offered by better airlines.

I wish I could write a blogpost on AR about it…..

Unfortunately I live in Canada so I would expect to see these new “fare classes” coming to Air Canada and WestJet soon, only without the flights being actually cheap.

What’s the story with Canada? It seems that as far as air travel is concerned, it’s put your watch back 20 years, and the customer is always wrong.

Not enough competition for starters, and the federal rules regarding Air certificates are heavily slated in favour of the two major incumbents. The rules are going to be relaxed a bit, but at the moment no airline is allowed to have more than 25% foreign ownership, making it really difficult for any potential startup to acquire the necessary capital. A couple of ULCC options are rumoured to be coming soon, including one (NewLeaf) who are already flying, but realistically with the rules slanted in AC and WS’s favour and our low population density, there is little chance of their being a true competitive airline industry like exists in the US and Europe.

Thanks for the explanation. I’m currently planning a trip to Canada and am not overwhelmed by the options.

In an era when airlines are upping the ante on amenities like they are going to war, they’re also pulling this crap. Race to the bottom.

Let the Allegiants and the Spirits of the world have the no-collar trash, keep them off the real airlines.

The irony of this report is the picture, smiles on the United passengers even as they are about to get less!