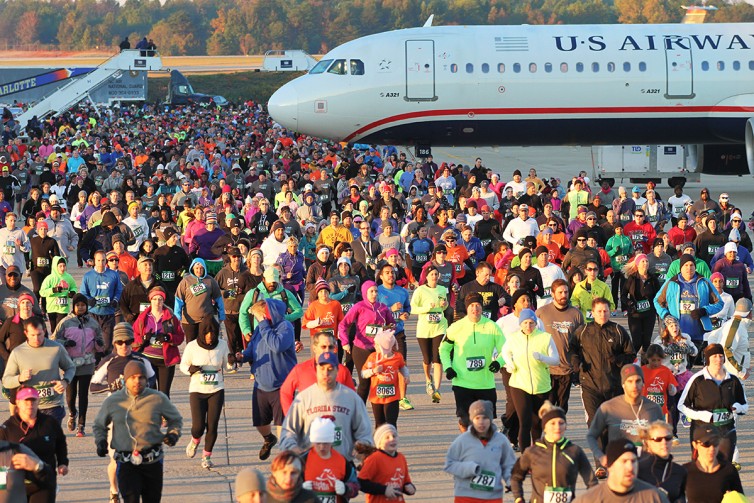 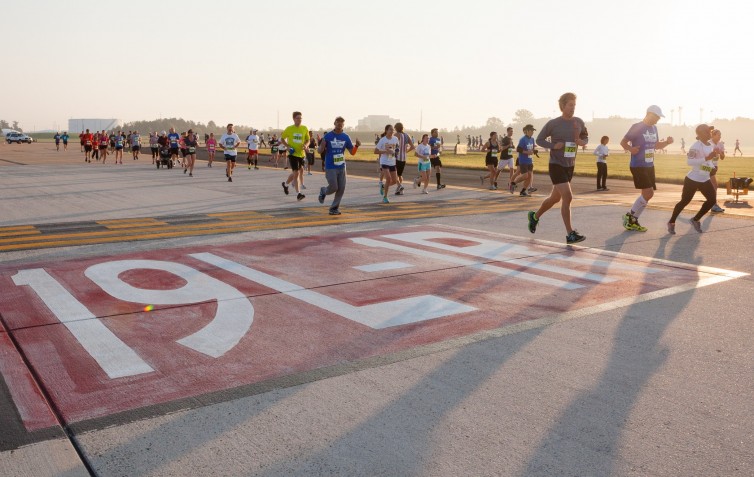 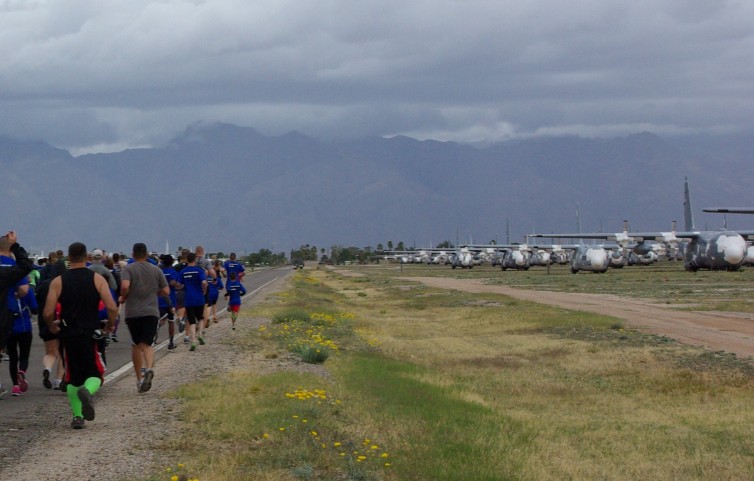 It has taken me three decades of “growing up AvGeek,” but I’ve finally figured it out: the sure-fire ticket to finding one’s way onto an airport AOA is teaming up with a few hundred (or thousand) walkers, joggers, and runners in support of a wide range of charitable causes. If this is something that’s of interest to you, you’re in luck. As summer fades and autumn begins to take hold, many airports across North America are preparing to host runway runs and plane pulls. 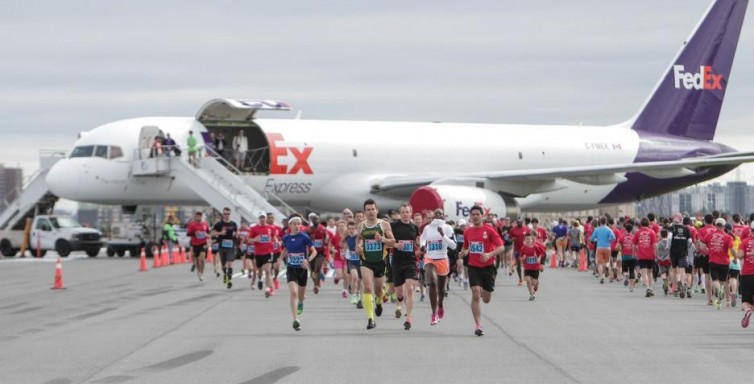 (If you know of more, please add them in the comments) 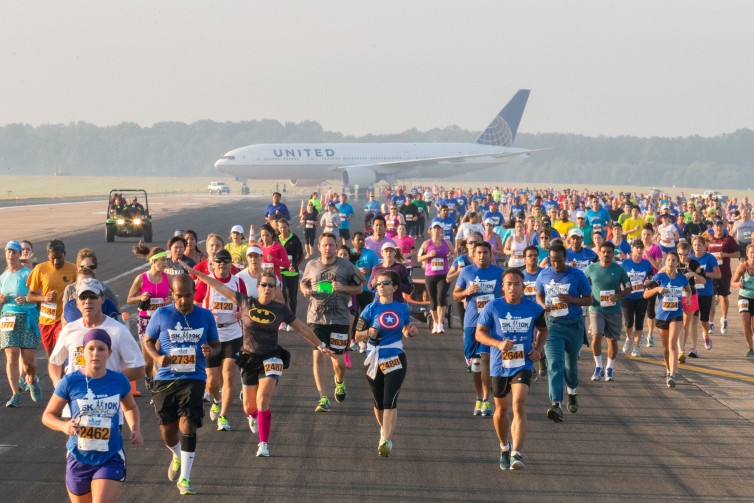 Whether you’re a seasoned runner or a couch potato, a fan of a particular airline or passionate about a specific charity, with the seasons changing there are opportunities aplenty. From Canada to Tuscon, Pensacola to DC, now is the time to get out, experience the AOA, and contribute to myriad worthy causes. And if by chance there isn’t an event near you, I can think of no better excuse to take an AvGeek trip! In fact, I will be taking one of my own this weekend. 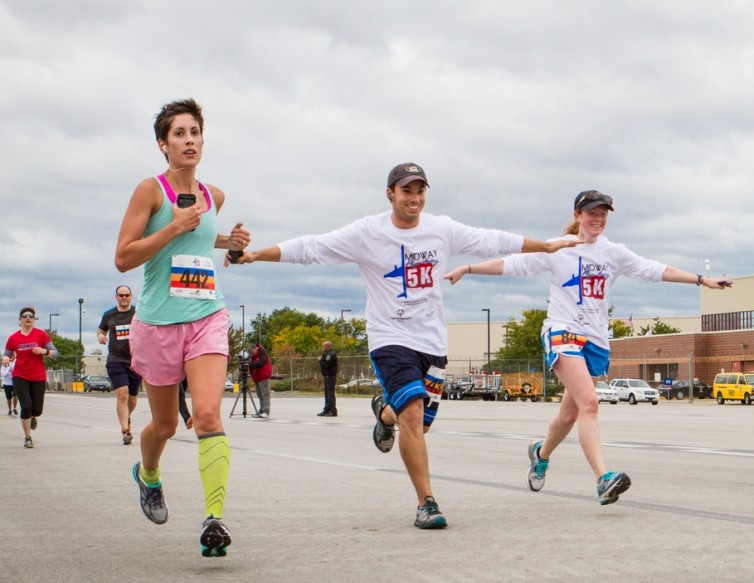 I’ll be participating in the Chicago Midway 5K on Sunday, September 13. Join me?

Despite my own passion for aviation and ambition to obtain AOA access, I have never participated in a runway run. In fact, I’ve never participated in any voluntary run. I was always the kid in high school who invested heavily into schemes to get out of running the mile. Now thanks to my passion for planes, and LUV for Southwest Airlines, I have voluntarily signed up for 3.1!

I first learned of the Chicago-area 5K around this time last year. It was far too late to train, but I made a conscious decision that I would get to a point where I was healthy enough and capable of “doing” a 5K. Using the economics concept of temptation bundling (tying something you should do, but don’t want to, with something you want to do, but isn’t particularly beneficial), I’ve managed to train for months to get to a point where I can show up on 9/13 fit enough to get some quality AOA time without embarrassing myself. What can I say; the AvGeek passion I have is strong.

If you are in the area or plan to participate, tweet me and maybe we can meet up. I’ll have AirlineReporter stickers aplenty.

Should you feel generous, I invite you to support my efforts with a tax-deductible donation directly to the Chicago Special Olympics via my fundraising page.

I will let you how my AvGeek-inspired fitness journey goes in a later post.

JL Johnson – Senior Correspondent JL is a self described “medium shot” at a non-aviation industry Fortune-500. He’s a semi-frequent traveler, social media addict and avid planespotter. A proud Midwesterner, he’s based in Lee’s Summit, MO, a suburb of Kansas City. He attributes his love for all things aviation to his grandfather, a USAF Colonel who had him in “AvGeek training” before he could walk.  @User47 | Instagram | user47.com | Flickr | Other Stories | JL [at] AirlineReporter.com

Mate you know I am proud of you, you can do it! I have only done the FlyDay 5ks at Paine Field (since ended) but they were the best fun ever, in fact my 5k PB was from one of those races.

I hope it goes well for you, wish i could join you but ill be doing a 10k myself on Sunday.

Thanks for the LUV, Mal. Maybe you and I can partner on the boneyard 10k next year?

Appreciate this piece as it reminds us there are a few ways us AvGeeks can go out onto the normally restricted areas (a runway at a major airport, no less). The running and charities are worthy draws, but probably secondary to just getting out to see the planes 😉 kudos to airport management for holding these public events.

Now I’m thinking about going 100 miles to Tucson, running the 10k and then returning for Halloween (which is pretty much my Christmas).

If you do make the trek I’d love to hear about your experience. The 10K looks like a reasonable goal for me to reach next year!

I think you’ve convinced me.

Defiantly run the Boneyard 10K it is really a great run, I did it last year and had a blast. The previous year”s courses mostly fallowed the same route of the Pima Air and Space AMARG bus tour but it was really neat being able to get closer to all the planes. The icing on the cake last year was that airshow certification happened to be on the same weekend so the run finished with a F-22 doing an acrobatic routine directly overhead. The The 5k is really great too but you don”t get to see as much of the Boneyard.

Just an FYI – I signed up for the 10k this morning. It’ll be my second of the month … and since it’s Halloween, I’m definitely running in costume.

And for those of you who aren’t big runners, the Dulles Day Plane Pull is an awesome event in general! A great way to see lots of airport equipment (fire truck rides for the kids!) and even get a short tour of the apron in a mobile lounge.

You’d be surprised how willing organizers are to work with you. My special number is 47, (@user47, user47.com, etc, etc) and the MDW 5K folks graciously set that bib aside for me. It’s silly, but it means a lot and makes the run that much more special.

Looking forward to the 5k at Halifax Int’l on October 3 – great aviation day as I have a flight that afternoon too!

I just came back from JFK 5K, and will join Carol with question… 🙂 Do you know the dates for 2016?

No news yet… Hoping to investigate later this year.