Recently, Leeham News broke news to the world that Airbus is offering a new variant of the A321neo.  This aircraft, dubbed the A321neoLR (rolls right off the tongue, right?) is set to extend the range of the aircraft an additional 400-500 nautical miles (nm) over the standard A321neo (now slated to be around the 4,000 nm mark).  Airbus has confirmed the aircraft, according to Leeham, and they say that it will have a 100 nm range advantage over the 757-200W, the variant used primarily for trans-Atlantic flights.

The 737-900ER is a popular choice as a longer-range aircraft to replace older 757s, but is it the right fit?  Photo: Alaska Airlines

We have looked multiple times at the differences between the 757 & the A321.  The two aircraft have always gone back and forth as apparent direct competitors and even the new 737-900ER, which seem to be extremely popular with airlines like Delta, Alaska or the Lion Air Group from Indonesia, can’t seem to replace the 757. 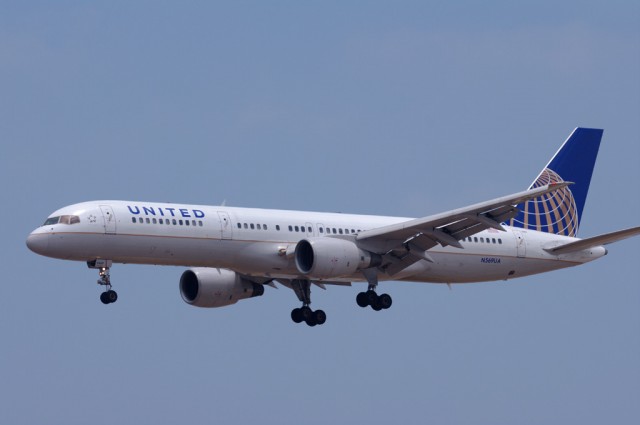 A United 757-200 like this one (add winglets) is able to connect the east coast with some parts of Europe – Photo: Mal Muir

Boeing markets the 737-900ER as the current replacement for the 757, but it doesn’t quite fit.  It doesn’t have the range or uplift that the 757 has.  The 757-200W (which is a fancy name for a winglet-equipped aircraft) has a decent range.  US-based airlines that still fly them are using them more and more for either trans-con or trans-Atlantic services.

Take a look at the latest route offered by United.  It is flying from Newark to Newcastle in the UK.  The only way to make that flight viable would be with a narrowbody aircraft.  Using a 767 or even a 787 would be overkill.

But is the A321neoLR really a replacement to the 757?  Sure, it will now have as much range as a 757-200W, but it should be just shy of the capacity, with the new offering having around 164 seats in a standard 2-class lie-flat setup.

Obviously the commonality with the rest of the A320 family of aircraft is a benefit to carriers.  But is it enough?  It is an aircraft that is not slated for delivery until 2018 (if it gets any orders) and that is a long way off for folks limping their 752 fleets along.

In 2010, there was a perfect replacement for the 757 that was cancelled; the 787-3.  Sure it was designed to replace the 747-400D for use in the Japanese domestic market where they need short-haul, high-capacity aircraft, but it was perfect for the 757’s mission as well. 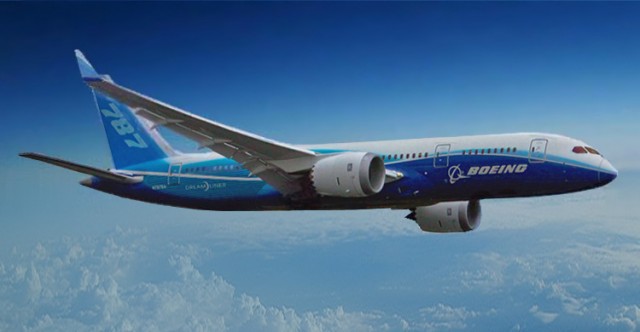 An artist’s impression of what the 787-3 would have looked like – Image: Wikimedia Commons

The 787-3 was a wide-body, medium-range aircraft.  It could hold 330 people in a high-density (Japan domestic) capacity and travel 3,500 nm.  If you look at the A321neo, that is pretty much the range it previously had, but with double the people.

Could Boeing take a 787-3 and redesign it to give it that extra bit of range, but with a roughly 200-person payload?  Would this be the new 757 replacement to give it something between the 737-900ER and the 787-8 (which was designed to replace the 767).  Is Boeing now forced to commit to a new project as they seem to be behind in the marketplace? 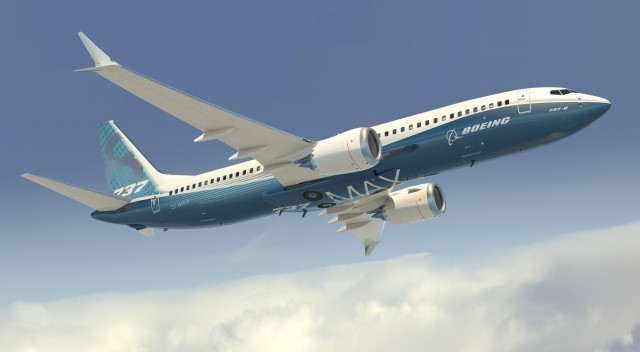 Is there a new 737 MAX version that could eat up that range difference? Image: Boeing

The whole situation revolves around a niche Boeing aircraft.  One that was good (and still is, to some extent).  But there is one underlying factor that hasn’t come to life here:  the 737 MAX.

The official range targets of the MAX have not yet been released.  However, the 737 MAX 8 should have a range estimate the same as the A321neo with a slightly lower pax payload.  So if they can do some nifty design changes to the MAX 9 maybe we will see a longer range version that could top out that 4000nm marker.  Or maybe Boeing has a 757 replacement in the works at their secret workshop.  It would unlikely be a clean-sheet model, but possibly something like the 757 MAX. As the 757s continue to age we will have to continue to see what aircraft will step up and replace these (almost) classic birds.

https://www.airlinereporter.com
Flying With a Baby Part II: Taking My 15-Month-Old to China
Space Travel Runs into Some Trouble – Per Aspera Ad Astra
9 Comments

I guess for now Boeing and Airbus are just chipping away at the 757 replacement market by refining their current narrowbody products as new technology becomes available. For those few routes where the 757 is still the only option carriers will just have to keep the old girl going. Just like how some carriers in the north of Canada still use 737-200s for their routes that start or finish or a gravel runway.

The B757, in all variations, a is fine airplane! When configured for comfort, it can be comfortable. All said, using some variations on Trans-An routes is beyond its design intentions and, in some West-bound cases, can be forced into an interim fuel stop. She was made for long domestic routes, not ETOPS or Trans-An hops. Several current 737-x editions are more efficient to fly, even on a seat/mile basis ans the pending MAX editions are even better. (Say nothing of the entries from Pierre at Air Bus.) So… will it stop flying? No! Second tier and charter carriers will continue to fly the 757 for some years, simply because so many airframes is good condition are available – and very modest capital cost. Charter and tour clients will but up with a lot of imperfect interiors that would not fly with a major carrier. The 757 may cost a little more to operate, but when charters and contracts can fill 99.5% of seats, I think the airframe remains viable for more years, even if not flown by Amerika’s legacy carriers. While the legacy carriers cannot wait to dump this airplane, the second string folks will snap them up, adding a little lipstick and fly them in pax service for at least another decade. Will they get major make-overs? No. Will they fly safely? Yes, if the carriers and the FAA are diligent. The 757 did exceptionally well in its original role and – if I’ve got it right, was also the first, (with the B767), to offer pilots a common type certificate. It is still viable in many markets. The issues remain operating cost (Full loads are OK; partial loads are questionable) and the airplane’s range with a full load when the weather and winds are less than ideal. I doubt that it will vanish anytime soon.
Frankly, a, narrow-body for a 8+ hour flight is not fun. Interior enhancements are not likely, so bargain, long-haul flyers should understand what they will get; beyond a seat and a seat belt, not much. “J” Class services: few. Functional IFE or Wifi: Not likely. Buyer beware, but don’t pass a good price is A to B is all that one cares about. A great report, Mal, but a tiny bit incomplete. Regards,
-C.

While the A321neoLR doesn’t do 100% of the 757 role it does darn close to it. The 737MAX is as developed as it can be – low ground clearance means even an engine power boost won’t make it possible for TATL – combined with an already long take-off distance. The 757 is in its twilight – it will continue to fly for a few more years but maintenance costs are going to hit hard, soon. Even as fuel falls (in the short-term) the cost of spares will increase as UA, DL and AA retire their massive fleets during the draw down period to 2020.

The A321neoLR offers 25% lower costs, fleet commonality and can operate 95-ish% of the routes the 757-200W can. Its time to let the 757 retire gracefully… into the sunset fast approaching. With the 737-9MAX offering lower costs as well the death kneel to the 757 has begun. It can’t shake its immensely greater empty weight (compared to 321 and 739) and all the jigs have been destroyed.

*Yes I’m more inclined to support Airbus, but the facts should speak for themselves*

How soon do you think Boeing could conceivably bring a 787-3 to market without dragging down the already sluggish 787 program as a whole?

An Addendum: As easy as it is to regard the aircraft buyers at some major airlines as a bit goofy, they are not complete idiots. Had those buyers been interested in the several, closer fit 752 replacements that Boeing circulated, Boeing would be building at least one of them. As others note, the 739ER is probably the best-fit for those long-thin routes and the 320NEO-LR does not offer much advantage. One must also look at the capital cost of a 752 replacement. I don’t have access to real world numbers, but suspect that the 739 is a better buy. And it can be in revenue service far sooner. Lastly, YES! I also h ave a strong bias in favor of Boeing airplanes – as if it were not obvious…

Everyone seems to forget how much older the basic 737 airframe is than the A320. When the 737 first flew in 1967, no one imagined the high bypass ratio turbofans that are flying today. There is consequently no room under the 737 wing for a larger fan diameter than what they are already accommodating. In contrast, the first Airbus A320 did not fly until 1987. Due to clearance restrictions, the CFM LEAP-1B engine for the 737 MAX was restricted to a fan diameter of no more than 69-in, compared to the 78-in for the LEAP-1A engine in the A320 NEO, or the 81-in PW1100G Geared TurboFan – which is only available in the NEO.

Add to that a slightly smaller fuel capacity to begin with (7,837 gallons for the 737-900ER versus 7,933 gallons for the current A321 CEO) and it should become readily evident as to why the A321 NEO is being successfully marketed as a 757 replacement and the 737 MAX is not.

Boeing is reportedly examining an all-new airframe to replace the 757:
http://www.bloomberg.com/news/2014-06-26/boeing-advancing-on-successor-to-757-jet-air-astana-says.html

The problem that Boeing has is one of cost, and timing. When the NEO was announced, Boeing was knee-deep in getting the 787 into the air, and today, is similarly engaged in developing the 777X (a far more significant redesign to the current 777 than the A320 NEO was over the prior A320 CEO design). Boeing just doesn’t have the resources to do what they know they want, and need to do, to hold onto their 757 customer base: offer an all-new airframe for the job.

There is not enough niche to do a clean sheet 757 replacement. 737’s seat up to about 200 people. 787-8’s in a 3-class configuration can seat as low as 230 or so and still be commercially viable (some airlines configure planes like this at at times)

Additionally, there is a large cost difference for 737’s vs. 787’s due to the the technology involved. The market would love to get a clean-sheet, composite, state of the art replacement for the 757, but the market will not pay for the comparatively modest increase in performance.

To do a clean-sheet plane targeting the 215 to 220 seat market is sheer madness.

It seems other manufacturers will be going after this niche plane. The Russians has a single aisle long distance plane, but their current status in the world likely precludes that selling well. Bombardier must be considering a stretch to the CSeries and a high gross weight version is likely in the cards. The CSeries100 will be doing Trans Atlantic flights for Odyssey International.