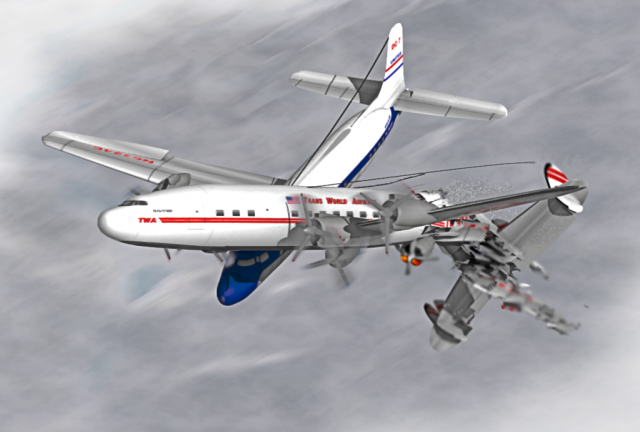 Although radar-based air traffic control helped to prevent mid-air collisions, incidents continued to occur at a regular rate. On August 31st, 1986, an Aeromexico DC-9 on approach to LAX collided with a Piper PA28, resulting in 82 fatalities (including 15 on the ground). This incident spurred Congress and the FAA to mandate that TCAS systems be installed on all aircraft with over 30 seats (later extended by ICAO to aircraft with more than 19 seats). At the same time, transponders were mandated for all aircraft flying within busy airspace, regardless of size. After several delays, full implementation of the TCAS mandate went into effect on December 31st, 1993.

An aircraft’s TCAS system continually pings the airspace in its immediate vicinity to locate other planes, while also listening for mode S transponder signals.  Using two directional antennas, the system can determine the direction a transponder reply is coming from.  The system determines the distance to the other aircraft by timing the delay between the interrogation signal and response – the shorter the reply time, the closer the other plane is. This information, combined with the other aircraft’s reported altitude, allows the system to build a 3D map of the surrounding airspace and to predict the future locations of other aircraft. Mode S transponder data, when available, is also used to determine a target aircraft’s position, bearing, and velocity.

TCAS systems issue two types of advisories – Traffic Advisories (TA) and Resolution Advisories (RA). TAs are an announcement of nearby traffic, to which the pilots should respond by attempting  to visually acquire the target aircraft and make minor course adjustments to minimize the encounter, within the limits of ATC instructions. RAs are instructions issued by the TCAS (climb or descend) which the pilots should immediately follow, disregarding any ATC instructions.

TAs and RAs are both issued based upon the calculated closest point of approach of a nearby aircraft.  If the closest point of approach falls within minimum vertical separation (300-700 feet, depending on the altitude) and the threat aircraft is within the advisory envelopes, the system will issue a TA or RA.  The TA and RA envelopes are defined in seconds, based on the speed difference between the two aircraft.  The TA envelope varies from 20-48 seconds, and the RA envelope is 15-35, depending on the aircraft’s altitude. 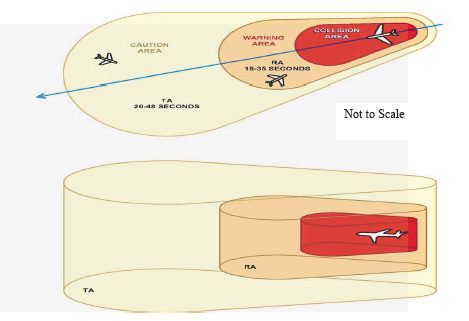 For example, for an aircraft flying at 30,000 feet, the TA and RA times are 48 and 35 seconds, respectively.  If another aircraft at the same altitude is approaching head on with a speed differential of 1,100 MPH, the horizontal TA envelope is 14.7 miles (48 seconds at 1,100 MPH) and the RA envelope is 10.7 miles (35 seconds at 1,100 MPH).  However, if the two aircraft are flying the same direction with much lower closing speeds, the envelopes become much smaller.  If the closing speed is only 50MPH, the TA and RA windows are 1.3 and 1.1  miles – the minimum envelope sizes for very slow closing speeds.

During an RA encounter between two TCAS-equipped aircraft, the TCAS systems utilizes the mode S transponder’s function to coordinate RAs between the two aircraft so that if one aircraft is commanded to descend, the other will be commanded to climb.  Newer implementations of TCAS are also able to determine if the other aircraft does not comply with their RA and revise the advisory as needed.

What the Pilots See & Hear

TCAS targets are typically shown on an aircraft’s multi-function display (MFD) along with other navigational information.  Targets are shown on the display differently depending on their altitude and threat status. 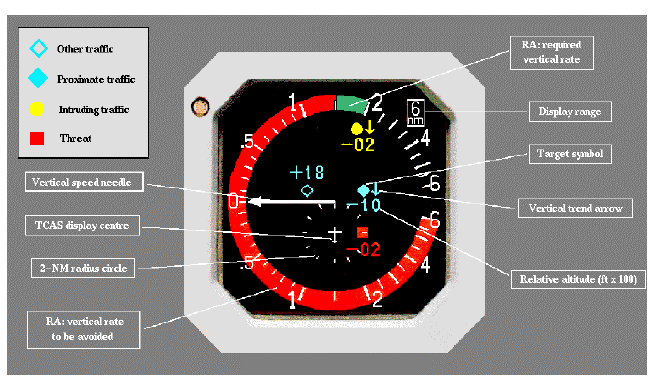 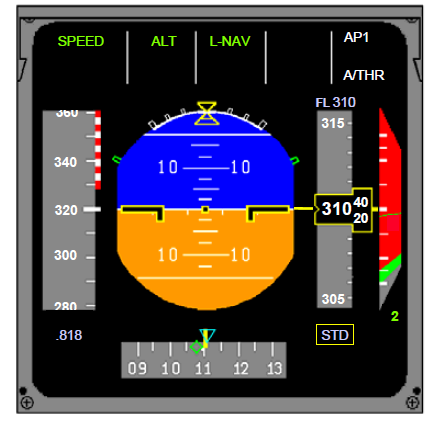 Although the United 1205 incident received significant media coverage, TCAS advisories are not uncommon.  MIT’s Lincoln Laboratory monitors TCAS RAs, via ground-based ADS-B monitoring from downlinks at 21 locations in the United States.  From this monitoring, MIT has amassed a database of over 100,000 RAs. 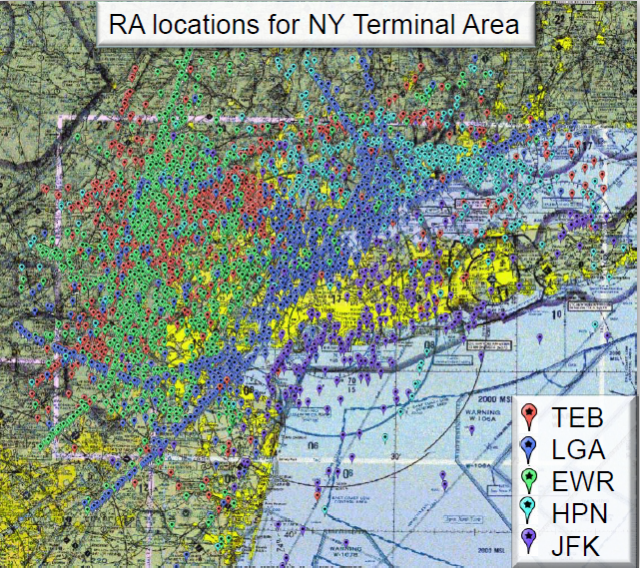 From this monitoring, the MIT team determined that TCAS RAs occur at a frequency between 1 in every 20 flights to 1 in every 550 flights, depending on the airport.  RAs are significantly more common at smaller airports than larger airports, and the majority (74%) of intruding aircraft are general aviation aircraft.  82% of all RAs occur below 10,000 feet.

While the MIT study provides some insight into the frequency of TCAS events, many, if not most of these incidents are ’œnuisance’ alerts, for which the intruding aircraft did not pose a threat.  NASA’s Aviation Safety Reporting System (ASRS) likely provides a better idea of actual incidents.  The ASRS database collects statistics confidentially self-reported by pilots.  This database contains 3,175 reports of TCAS RAs.

The NTSB incident database, which lists the most serious, life-threatening incidents includes 126 records that mention the terms ’œresolution advisory’ or ’œTCAS’, including the recent United 1205 incident.

TCAS is just one part of a defense-in-depth approach to eliminating mid-air collisions.  TCAS, together with flight planning, assigned flight altitudes, and radar-based air traffic control is responsible for a five-fold decrease in mid-air collisions per flight hour since 1970.  This statistic is even more impressive considering airspace became much more crowded, with a four-fold increase in traffic over the same period.