Although TCAS systems are a (relatively) recent development in airline cockpits, the need for such systems was recognized long ago. On June 30,1956, a mid-air collision occurred at 20,000 feet between a United Airlines DC-7 and a TWA Lockheed 1049 over the Grand Canyon in northern Arizona. This incident, which resulted in 128 fatalities, served as a wake-up call for the aviation industry. Prior to the collision, â€œbig sky theoryâ€ was the prevailing notion – that two aircraft flying in three-dimensional space were very unlikely to collide. Following this incident (which also led to the creation of the FAA), research began on developing collision avoidance systems. 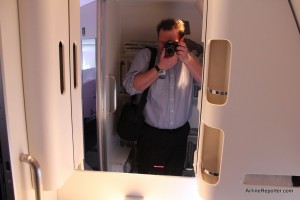