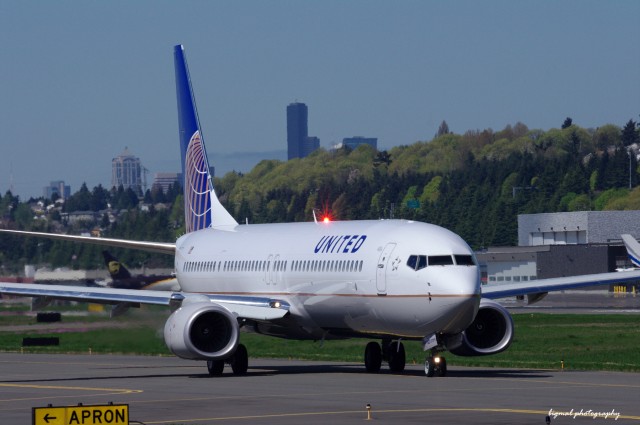 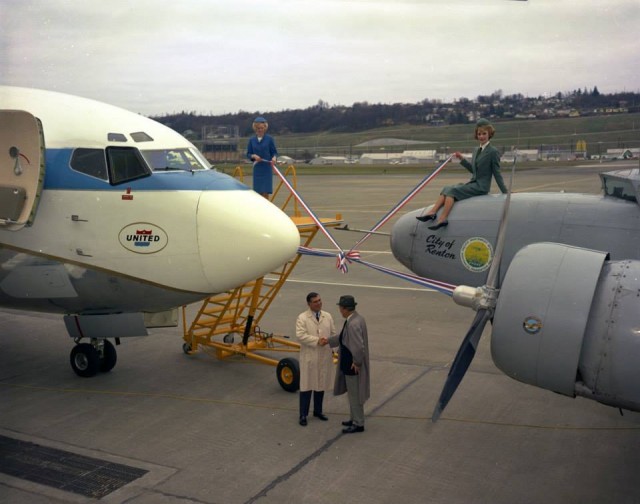 Since the first flight of the 737-series on April 9th, 1967, this latest aircraft marks a new milestone in a very long history. The first US airline to take delivery of the 737 was United, and it is a fitting tribute that they took delivery of the latest and most current version of the aircraft.

“We’re thrilled to celebrate this huge achievement with Boeing,” said Ron Baur, vice president of fleet, United Airlines. “The 737 has been an integral part of our narrowbody fleet and we are pleased to continue this tradition by being the North American launch customer for the new 737 MAX 9.”

It should be noted that, for a while, it looked like United had moved past the 737; in 2009 they actually flew their “last” 737 flight, retiring their 737 “classic” fleet in lieu of the narrow-body offerings from Airbus.  It wasn’t until the merger with Continental (which was a big 737 Next Gen operator) that United got back in to the game. 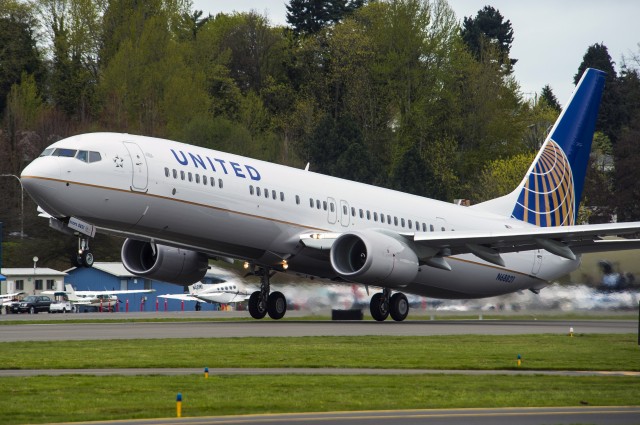 The 8,000th 737 departs Boeing Field on its delivery flight to United – Photo: Boeing

Over the years, Boeing has produced endless numbers of 737s out of the tiny factory in the Seattle suburb of Renton. The 737 has has evolved from just a workhorse into an aviation powerhouse.

Holding the title of the world’s best selling aircraft, there are now almost as many 737s as all of the aircraft Airbus has produced.  Yep that is right, Airbus just topped over 8,000 total aircraft last August, and as 39 aircraft a month roll out of the Renton factory, the 737 should outstrip that mark very soon! 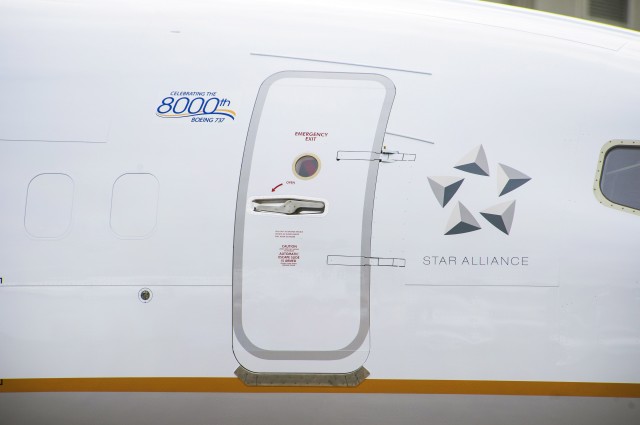 Bonus: Check out all our Stories on the Boeing Renton Factory

Even though this was aircraft number 8,000 to roll out of the factory, there are still another 3,700 planes on order. With the new 737 MAX due to fly in 2016, there will be many more 737s to come in the future. With the rate the 737 is going, it is likely that the model could be flying 100 years after its first flight — now that is an accomplishment.

https://www.airlinereporter.com
Lufthansa Schools Us on How to Make A Better Inflight Meal
Three Flights in a Day on an A330-300 – Czech Airlines’ Promotional Tour
10 Comments

I love that picture of the first delivered! 1 flight attendant sitting on the nose , the other not daring to due to the downward angle I suspect! The beginning of OH&S!

Launch customer for the B737 was LH not UA 🙁

Amazing that so uncomfortable airplane have such success, I rather fly a wider A320 than feel cramped like sardine. I cannot understand why instead of improving the very comfy 757 and making it more efficient Boeing choose a passenger poorly design airplane.

And, being that I still have a little railfan in me, every 737 fuselage has made its first trip (from Wichita to the PNW) by train!

The caption did say …”The first US airline to take delivery…”

I flew one of the original -200’s from Guam to Tinan, Taiwan in 5+37 and no long range fuel tanks. Would be much easier with the new ones!