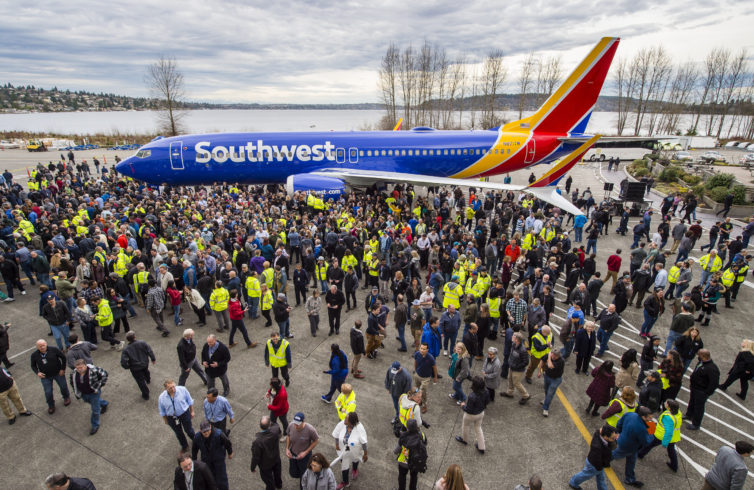 The worldâ€™s most successful commercial airplane has a lot in common with a popular sugary treat.

Seriously, the first time I walked into the 737 factory in Renton, Wash. I said to myself â€œgeez, this place runs as smooth as a Krispy Kreme processing line.â€

Efficiency on the doughnut line makes money for Krispy Kreme, and the same can be said for Boeing. The 737 is nicknamed the â€œcash cowâ€ internally. Boeing hit quite the milestone by manufacturing its 10,000th 737 in mid-March. Boeingâ€™s Renton factory cranks out 47 airplanes a month. The company hopes to push that number up to 52 later this year. 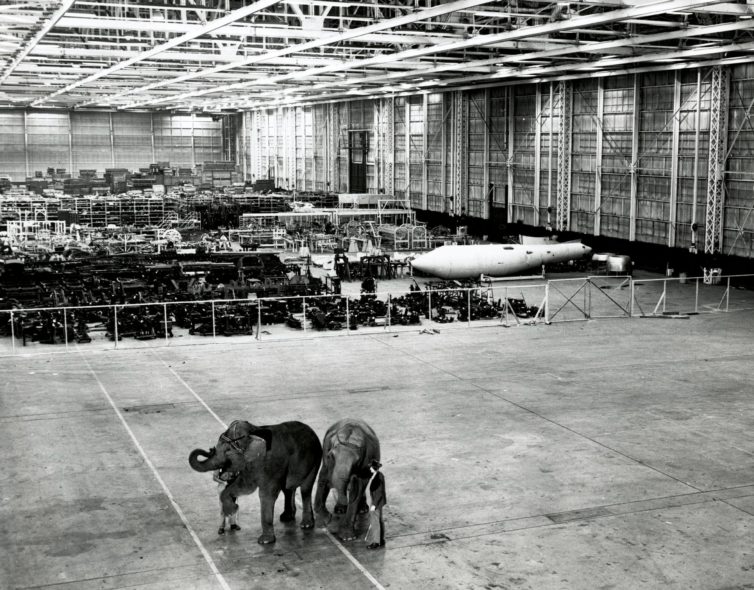 During the Boeing 737 Renton Factory tour at Aviation Geek Fest this year, I thought I heard the tour guide say something about elephants walking the factory floor. Wait… what? I wasn’t sure if I heard it right, or if maybe he was having some fun with the guests. I mean, I have been in the factory many times, done a few stories, but elephants had never come up. I also know that the Boeing tour guides are super knowledgeable and he mostly likely wasn’t lying. So I decided to reach out to Boeing Historian Michael Lombardi and, sure enough, the circus did come to town! Kind of — way back in the 1940s. 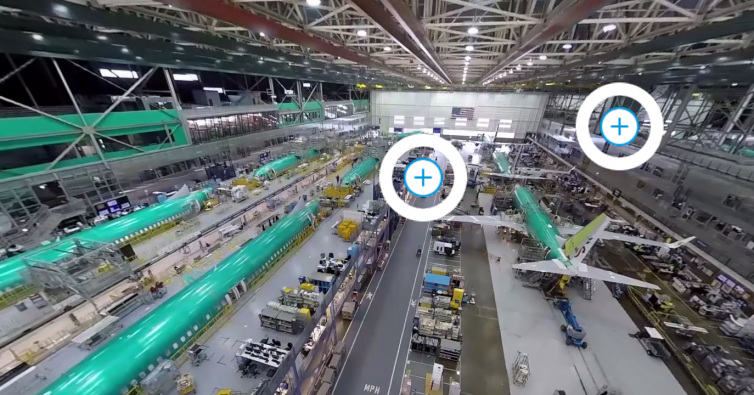 Take a tour inside the Boeing 737 factory in Renton, WA

Make sure you have a few hours free before continuing — because you are going to need it. Boeing recently unveiled a special website where you can take a 360degree (video) tour of the 737 factory.Â I am often asked “how can I take a tour inside the 737 factory?” This is about as close as you can get, without being inside. 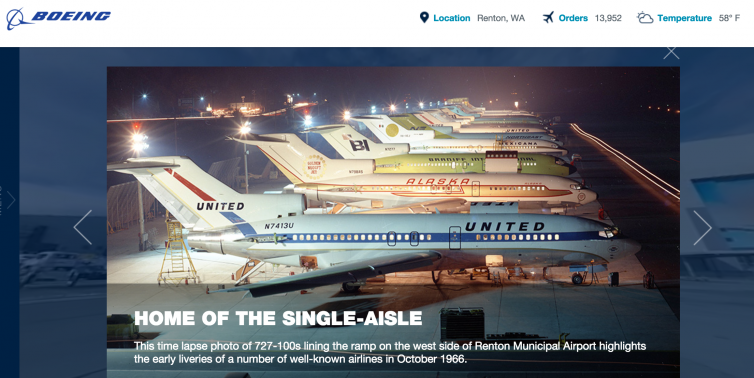 Be sure to check out all the extras, with some amazing photos of the facility’s history, including some photos of new Boeing 727s that I have never seen. You are welcome and I apologize for any loss of productivity (I am not really sorry).

If you want more 737 goodness here are some of our stories: