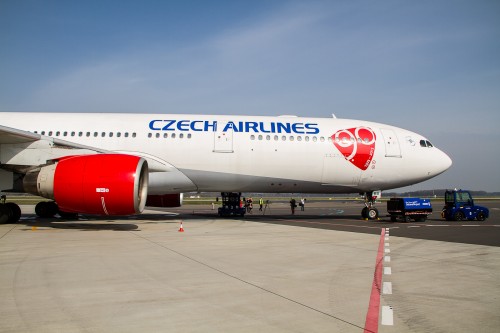 Czech Airlines (CSA) has one Airbus A330 (with a special interior) and it wanted to show it off. At the end of February, the airlineÂ announced a series of three promotional flights on-board their A330-300. The idea of these flights was to showcase the aircraft in Ostrava and Bratislava, which are both key destinations in the Czech Airlines network and provide a substantial amount of connecting traffic for the A330 Seoul service.

The flights were scheduled to take place on the 1st of April. Obviously, the date in question made many think it was a joke, but true to their word the flights did take place as planned. I was fortunate enough to experience all three flights, as well as a media event in Ostrava showcasing the aircraft and network to numerous travel agents and key figures in the region. The routing of the flights was Prague (PRG) – Ostrava (OSR)Â – Bratislava (BTS) -Prague. All in,Â the flight time was less than two hours. 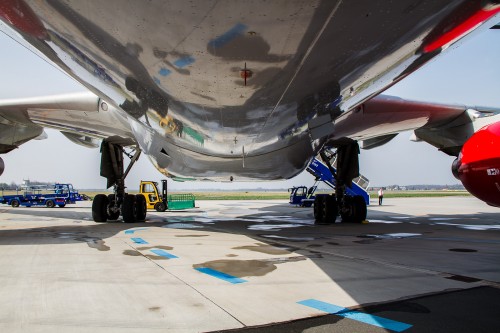 Being a true avgeek, exploring the A330 in Ostrava – Photo: Jacob Pfleger | AirlineReporter

One thing that has become evident to me during my time in the Czech Republic is the enthusiasm with which the general public embraces aviation, and this event was no exception. Initially, CSA had expected to sell about 50 seats on each leg, but within two days ofÂ launching the flights, all 276 (252 economy + 24 business) seats available on each of the flights were sold out.

I managed to secure business class seats on all three flights for a total ticket price of about US$300, which is a very good deal considering CSA wasÂ also offering full mileage and status accrual on the flights. 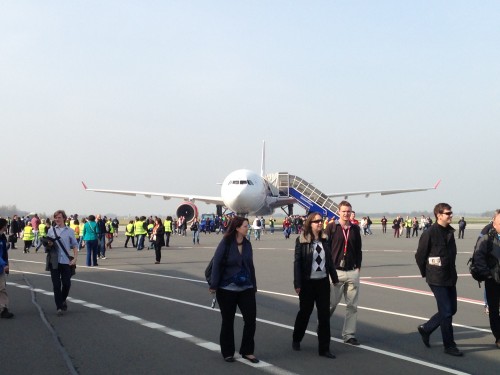 It’s always great to see the enthusiasm of the general public and AvGeeks towards all things aviation Photo: Jacob Pfleger | AirlineReporter

The first flight from Prague-Ostrava took a little over 30 minutes and passengers in business class were treated to a snack box as well as their choice of non-alcoholic beverages. During the flight, many people were up and around the cabin taking photos and talking with fellow AvGeeks all in all there was a great vibe.

The crew also did their part to join in the fun, with the cabin manager providing a very informative and extensive commentary on the history of CSA and the A330. One interesting bit of information is that the registration for the first CSA A330, OK-YBA, is identical to the registration of the very first Ilyushin IL62 with which CSA first began operating long-haul flightsÂ  in 1962. 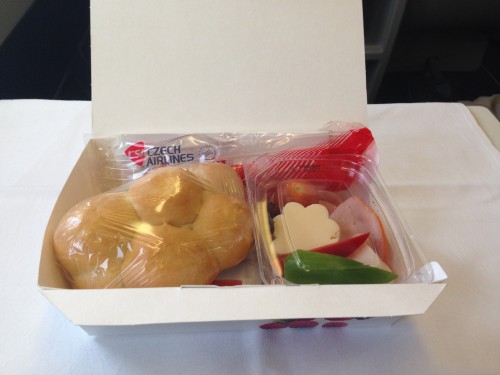 Upon arrival at Ostrava our flight was given a water canon salute, a first experience for meÂ from inside the aircraft. 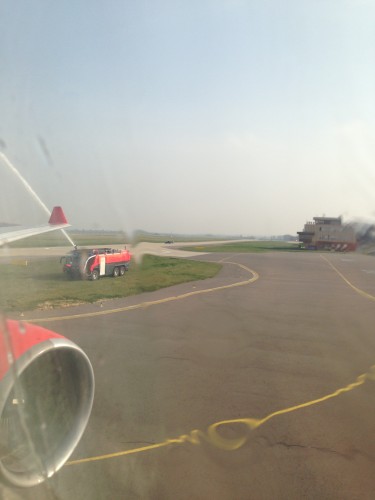 Upon disembarkation I made my way to the media event which had been organized by CSA. Following a number of presentations in the gate area, we made our way back onto the aircraft. 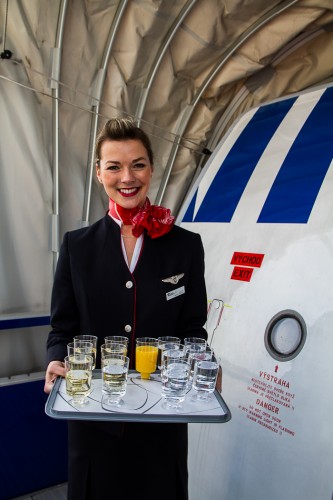 Once on-board we were treated to a business class lunch typical of that served on the flights to Seoul. Having previously covered the A330 catering on the flight to Seoul in my previous review (Flying a Czech Airlines A330-300 with a Korean Air Business Class Product),Â  I can safely say that there has been a significant improvement by CSA in the quality of the catering, as well as the overall service delivery. The tasting menu was as follows: 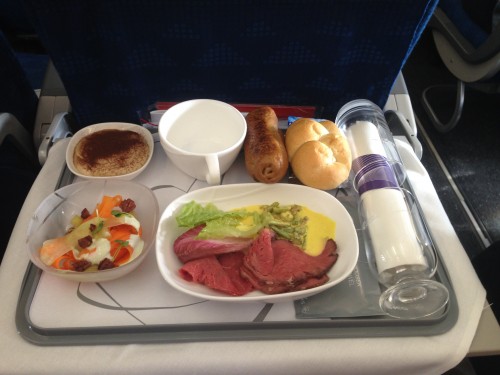 The flight to Bratislava took only 20 minutes, which was the quickest I had ever experienced on an aircraft of this size. For this leg I was seated in 1A, which under the old Korean Air configuration formed part of the first class cabin. The seat itself is identical to that of business class except that it has the addition of a fixed foot-rest on the wall and is located in a “mini cabin” at the front of the aircraft. 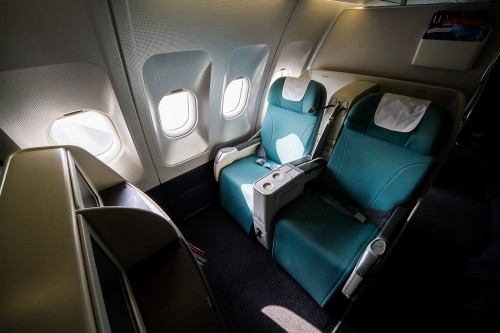 The mini first-class cabin on-board, sold as business on the promotional flights, and normally reserved for crew rest on the long haul flights to Seoul – Photo: Jacob Pfleger | AirlineReporter

After arrival in Bratislava I made my way to the VIP terminal where I had a few meetings to attend, as well as a ramp tour which turned out to be quite exciting. 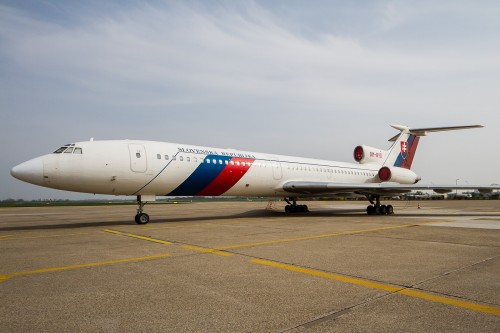 The evening flight back to Prague was largely similar to the morning one to Ostrava, and we were once again served a snack box along with drinks. 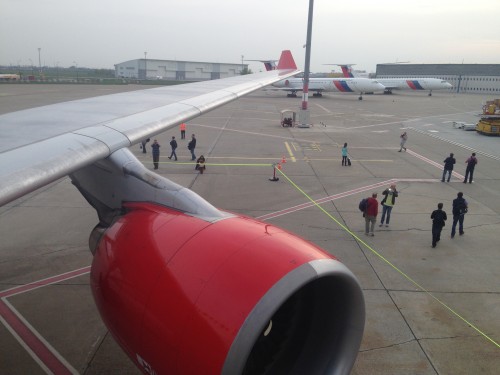 I would like to take this opportunity to thank Czech Airlines for organizing this event, which has proved to be once again a huge success within the AvGeek community. Special thanks also goes to the crew who made the flights, as well as the media event in Ostrava, a truly memorable and pleasant experience. I am sure they enjoyed the event as much as all the AvGeeks on board.

Wow what an amazing day trip!