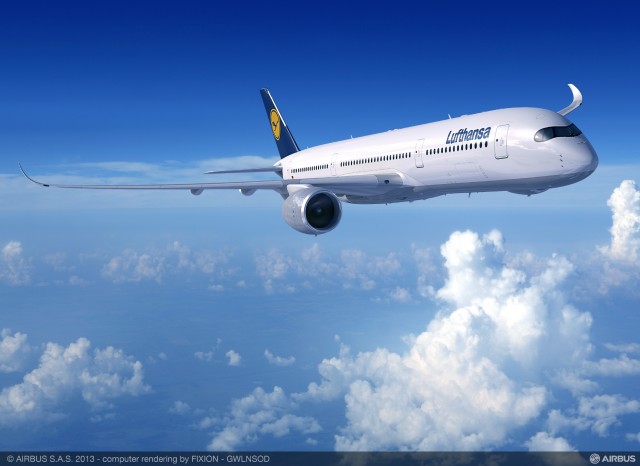 What the new Airbus A350 should look like in the Lufthansa livery – Image: Lufthansa / Airbus

“Both aircraft types have a much wider cabin again than the Airbus A340, which will give us new opportunities to improve comfort for our customers when designing the cabin interior”, explained Carsten Spohr, Member of the Executive Board of the Lufthansa Group. He continues, stating that their purchase of larger aircraft, like the A380 and 747-8I, “shows that investing in new types of aircraft pays off.” 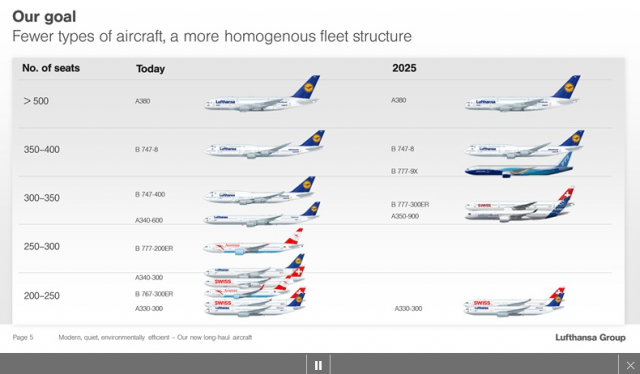 The Lufthansa A350 will make use of the Rolls-Royce Trent XWB 84 engine, while the 777-9X will have the General Electric GE-9X. 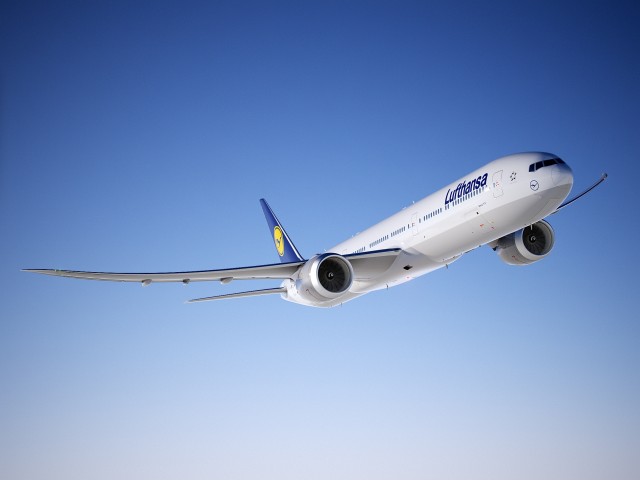 A nose view of the Boeing 777-9X in Lufthansa livery – Image: Lufthansa

Boeing stated in a press release that the launch of the 777X family, “is targeted for later this year and entry into service around the end of the decade.” At this time, they expect that the 777-9X will have, “around 400 seats,” and will be the “most efficient twin-engine commercial jet in the world with the lowest operating cost per seat of any commercial airplane.” Boeing is planning that the 777X family will provide 20% less fuel consumption and 15% lower operating costs from the current 777.

Even though Boeing has not yet officially launched the new aircraft, they explained to AirlineReporter.com that they, “Welcome Lufthansa’s intention to purchase the aircraft and will work with them,” as Boeing figures out the details before the official launch.

This is not the first time that an airline has announced the purchase of a new aircraft type before it is announced. Recently, Singapore Airlines announced the intention to purchase the 787-10 Dreamliner before Boeing officially launched the aircraft. 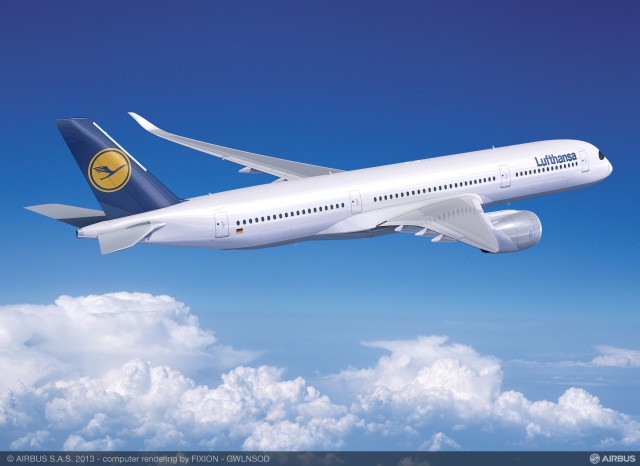 Side view of the Airbus A350 in Lufthansa livery – Image: Lufthansa / Airbus

“Boeing and Lufthansa share more than 50 years of partnership and innovation and a tradition of launching new airplane models ’“ starting with the original 737s and most recently, the efficient 747-8 Intercontinental,” said Nico Buchholz, Executive Vice President and Head of Fleet, Lufthansa. “Lufthansa is demonstrating its legacy of innovation and market leadership again with its selection of the 777X. We look forward to many years of partnership with Boeing, as we make air travel more efficient, comfortable and environmentally sustainable with airplanes such as the 777X.”

It is hoped that after the completion of this order, the airline will be able to reduce the number of aircraft types that they operate. With their newest announcement, the Lufthansa Group now has 295 brand new aircraft on order that they expect to have delivered by 2025. The total value, at list prices, is almost $50 billion USD.

https://www.airlinereporter.com
VIP Tour of TAM Airlines’ New First Class on a Boeing 777-300ER
Epic AvGeek Photos: Airbus A350, A380 and A330 Fly in Formation