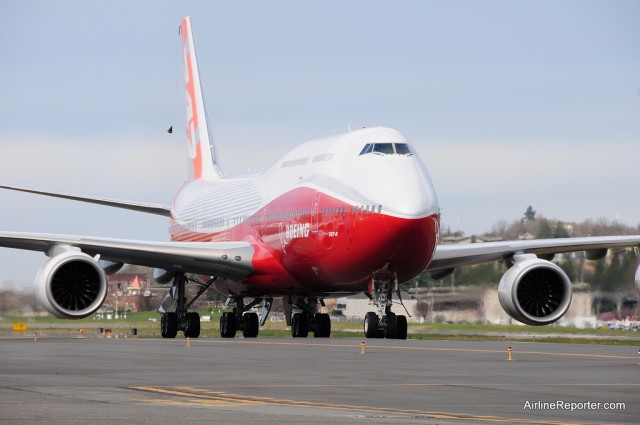 There are few who can make a case against the Boeing 747 as the most majestic and beautiful airliner in the sky.  I love the 747 (any variant) for its unique shape and instant recognition; you just won’t find folks lining up to tell you about the classic lines of the A380.  Originally released in 1970, the Queen of the Skies has defined the term “jumbo jet” for multiple generations.  But, despite the 747’s 40+ years as a long-haul mainstay for airlines around the world, is the future of the 747 and its latest variant, the 747-8, in jeopardy?

The issue doesn’t seem to be that the 747 has gotten stale in its old age (in fact, Boeing’s latest version features new engines, a redesigned wing, a fuselage stretch, and advanced avionics; some might argue that Boeing spent WAY too much capital on a plane with so few orders).  Rather, the problem seems to be that other planes have gotten so much better.  This reminds me of that 80’s darling, the Pontiac Fiero, and its cool uncle, the Chevrolet Corvette.

GM and Pontiac built the Fiero from 1984-1988.  A mid-engined, two-seater sports car with sharp (for the 80’s) looks, the Fiero did a lot of things well that the Corvette also was known for.  Although not officially acknowledged by GM as a reason for ending the program, enthusiasts maintain that GM killed the Fiero because it was encroaching on the performance envelope of the ‘Vette, at lower acquisition and operating costs.  Sound familiar?  If you’ve ever flown on a Boeing 777, it should.