In 1928 the Kadoorie family opened the Peninsula Hong Kong at a time when the skies were dominated by flying boats. Â Qantas, BOAC & Imperial Airways all flew the Empire Flying Boats, however it was Pan American Airways System (what Pan Am was originally known as) who pioneered the use of flying boats with their Clippers.

The first flying boat for Pan Am was the â€œChina Clipperâ€ and it flew its first commercial flight from San Francisco to Manila in the Philippines. Â In 1936 the first Clipper (named Philippine Clipper) touched down in Victoria Harbor just off Kai Tak with Juan Trippe, President of Pan American, on-board. Â That night as Juan Trippe stayed as a guest at the Peninsula, little would he know that 58 years later (1994) a tribute to the very aircraft he arrived on, would open in that same hotel. 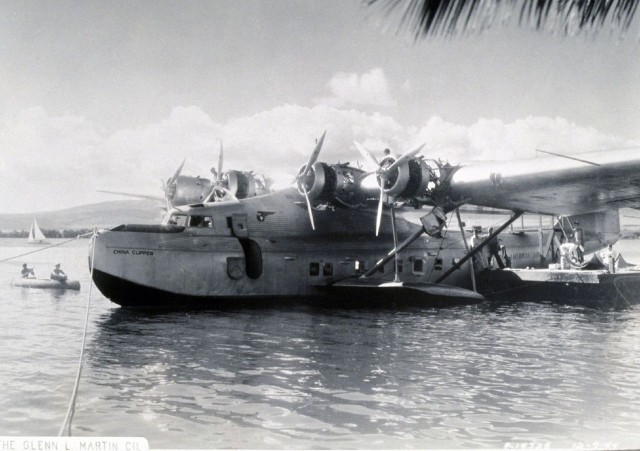 A Martin MB-130 Flying Boat, the original “China Clipper” tied up to a dock somewhere in the South Pacific – Photo: Lockheed.

The Peninsula Hotel has always had an affiliation with aviation. Â In the early days, if you wanted a ticket on Cathay Pacific, Imperial Airways or Pan American you could purchase one in the hotel lobby. Obviously things changed, but the hotel always kept a connection with aviation.

In 1994 the Peninsula began an expansion program, with plans to build a new tower for the hotel. Â On top of the tower they added something that no other hotel in Hong Kong would have (or still has): twin helipads.

Sir Michael D Kadoorie, Chairman of the Hong Kong & Shanghai Hotels Ltd (owners of the Peninsula Hotel) said, â€œIt is only fitting that the Peninsula should be home to such an historic tribute, playing as it did, throughout those early years, a central role in the development of Hong Kongâ€™s aviation industry,â€ when speaking of the China Clipper. Â This inspiration and his passion for aviation (himself a helicopter pilot) would lead to the creation of a remarkable facility for both the Peninsula & Heliservices Hong Kong, operators of the helipad. 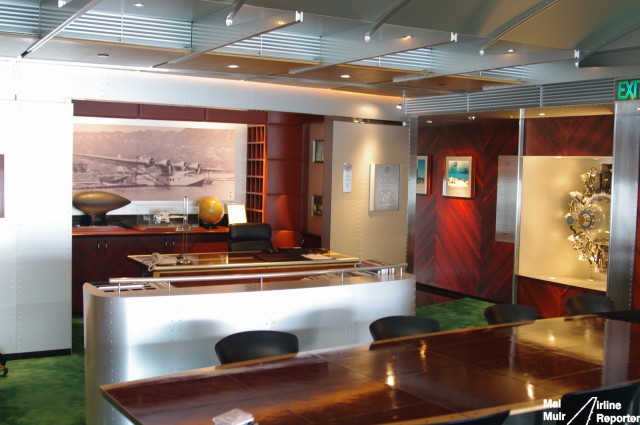 The China Clipper Lounge. A Tribute to a bygone era of Aviation – Photo: Mal Muir | AirlineReporter.com

The hotel didn’t just create helipads, but also a unique aviation-themed lounge. Located on the 30th floor of the hotel is the China Clipper Lounge which is a tribute to the glory days of aviation and what is a haven of amazement to any AvGeek. Â Amazing views & luxuriously appointed surroundings maybe a draw for most, but the AvGeek is likely to be more interested to what lines the walls or adorns the tables.

One of the more impressive pieces is a fuselage panel for a Douglas DC-4 that is finely polished, with the window still intact, and looks out to Victoria Harbour. 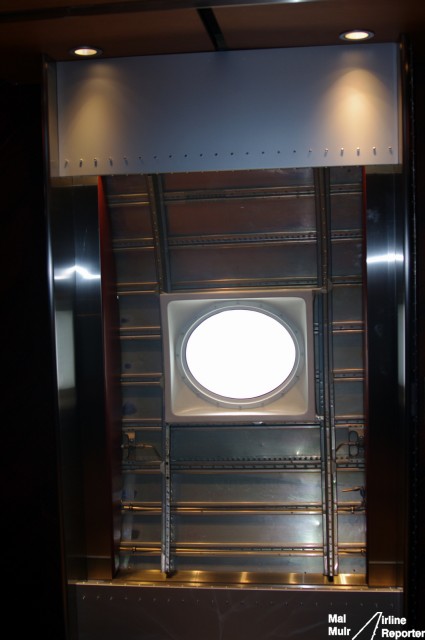 A restored Pratt & Whitney Twin Wasp Radial Engine dominates one wall and a polished Hamilton Standard Propeller on another. Â Posters, photos & paintings depicting aircraft from a bygone era are everywhere.Â  Models of some of the more classic aircraft line tables and benches throughout the lounge, paying tribute to not just Pan American, but also Macau Air Transport Company and Cathay Pacific. It was like walking into an aviation museum.

Two of my favorite pieces in the lounge were the original suitcase that belonged to the founder of the Century Club, Allen H Rabin & also the ashtrays/table adornments which were made of aircraft engine piston heads. 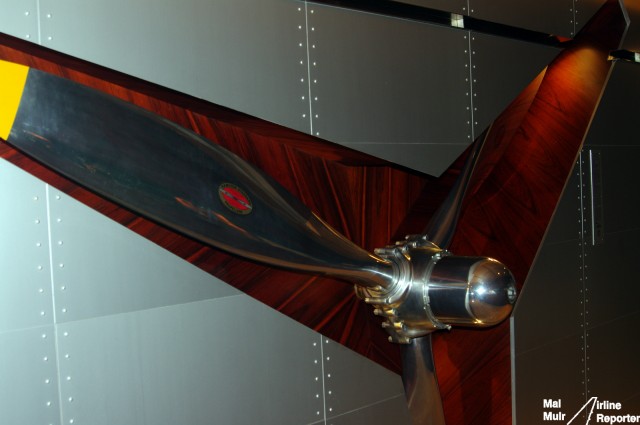 A Hamilton Standard propellor dominates one of the walls in the China Clipper Lounge – Photo: Mal Muir | AirlineReporter.com

The lounge furnishings mix modern style with a flash back to the art deco era. Beautiful leather seats face the harbor, so one can enjoy the view or have a pre flight meeting at the lovely wooden conference room table. The wood and metal are all polished to a shine, showing the dedication and joy put into the lounge. If you have some time to burn, there is a bookshelf is filled with aviation titles for your reading pleasure. 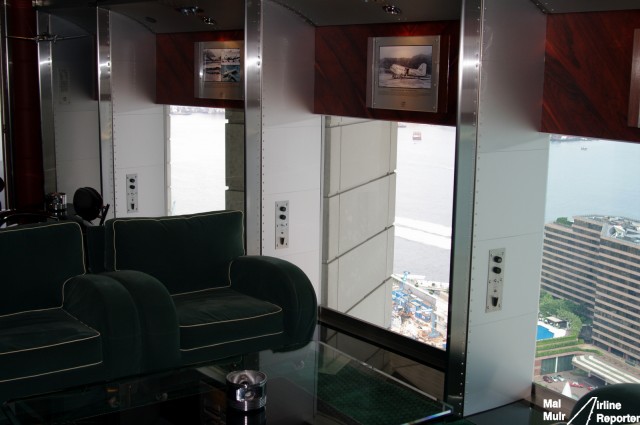 Sadly, the time I had in the lounge was limited. It is the same for most people, as one only accesses the lounge prior to a flight with Heliservices. Â Thankfully if you need a private function room in Hong Kong, you can book the China Clipper lounge as well. Â It isnâ€™t be cheap, but rest assured for an AvGeek, it would be money well spent to enjoy the space.

https://www.airlinereporter.com
VIDEO & PHOTOS: Roll Out of First Boeing 787-9 Dreamliner
What is an AvGeek? I am an #AvGeek & Hear Me Roar!
1 Comment

You genuinely appreciate the mini storage area website GHIGS.com! It truly is the long run!