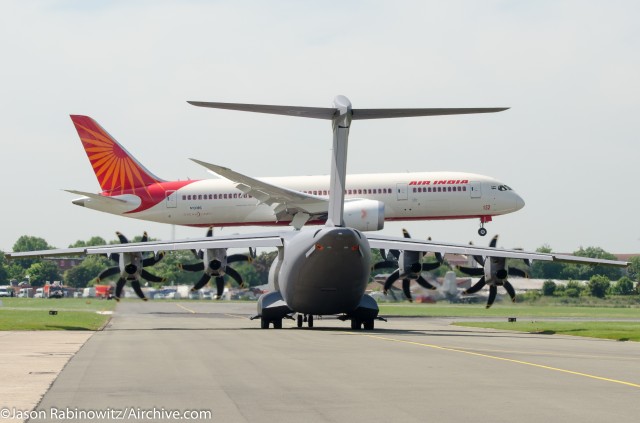 The Air India Boeing 787 Dreamliner lands while the Airbus A400 takes its position. Image by Jason Rabinowitz / Airchive.com.

If all of these aircraft orders and commitments are all delivered, the deals are worth somewhere around $80 billion. Not bad for a couple of day’s work.  Let’s see what happens during the rest of the week.

Of course the airshow has quite a bit going on, so what other things have you seen that we missed that you feel are big deals?

CHECK OUT MORE COVERAGE (AND PHOTOS) OF PAS13 VIA AIRCHIVE.COM