The airline”s Airbus A350-900XWB, B-LRI, touched down in the pouring rain just after sunrise, almost an hour ahead of its 8AM scheduled arrival time. I was with the media group, set up on the south ramp for the A350″s expected arrival on YVR”s Rwy 08R. But just a few minutes before landing, the plane”s approach was changed to the north runway, 08L. 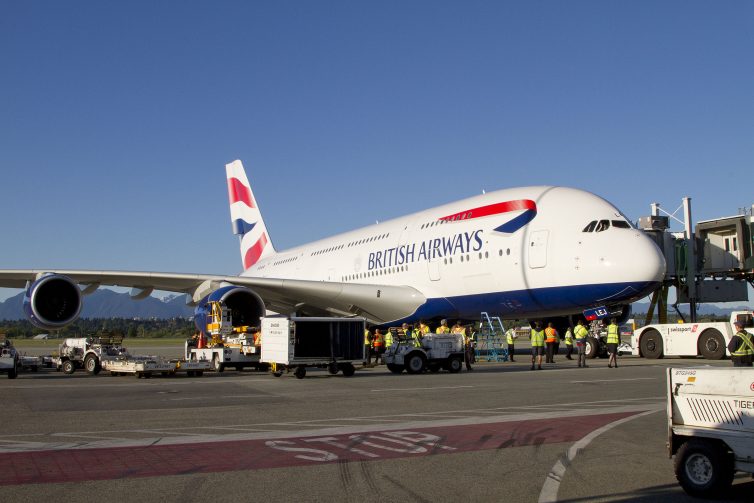 Western Canada”s first scheduled Airbus A380 service began on Sunday evening, with the arrival of British Airways flight BA85 at Vancouver International Airport. YVR is the airline’s only Canadian A380 destination, and is one of only nine city-pairs worldwide served by one of British Airways” eleven megajets.

The A380 replaces British Airways” daily London-YVR Boeing 747 service for the summer season. ”This is a terrific market for us, it does tremendously well, so the A380 just perfectly suits the market” says Robert Antoniuk, British Airways VP Customer Service and Operations, North America West & Mexico. ”This flight is absolutely full to capacity today.” The four-cabin A380 has a total of 469 seats, a significant jump from the 345-seat 747 it replaces. 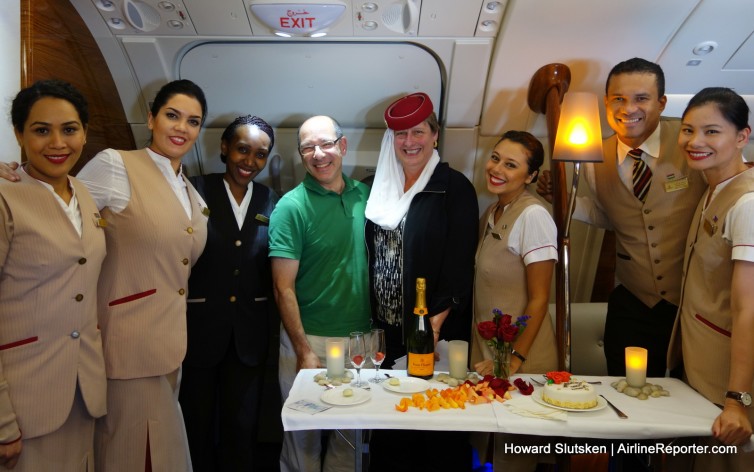 ’œMr. Slutsken, would you and your wife please join us in the lounge at the back of the cabin?’ asked the Purser, our flight’s senior cabin representative. She had a big smile on her face as she stood beside my business class seat in the Emirates A380 on our flight from Dubai (DXB) to Rome (FCO). […]