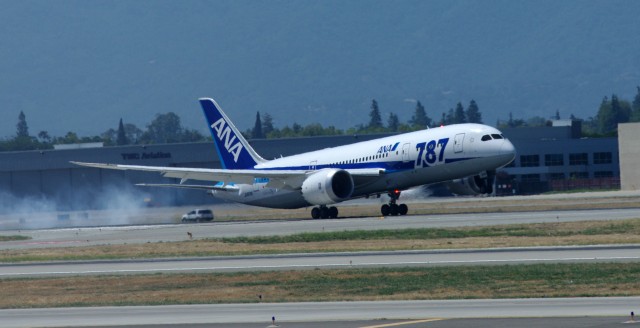 NH1076 touches down at San Jose after the 10 hour flight from Tokyo – Photo: Mal Muir | AirlineReporter.com

The local media, a few select aviation bloggers, a couple AvGeeks, and some passengers who did not know the significance of the flight were in attendance. JA806A arrived at San Jose with only 44 of the 156 seats on-board filled and would return to Tokyoâ€™s Narita Airport as NH1075 with 110 passengers.

The aircraft, configured with 110 seats in economy and 46 in business, utilizes the airline’s newest on-board product: â€œInspiration of Japan.â€ 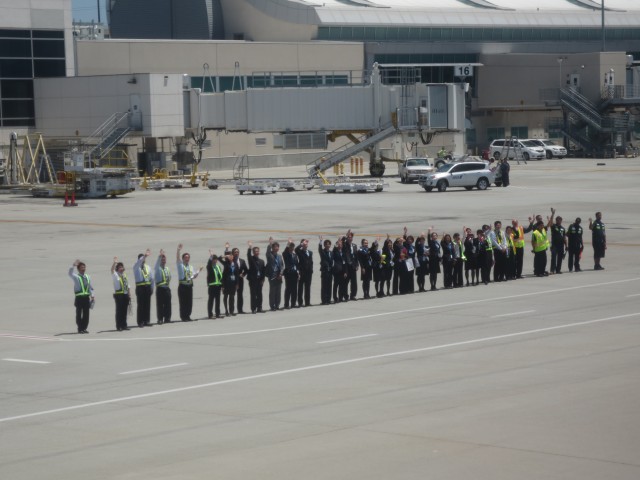 â€œANA is pleased to be back at Norman Y Mineta San Jose International Airport to operate the Boeing 787. Â We sincerely apologize for the inconvenience that we have caused to our customers while the grounding of the aircraftâ€ said Yuji Hirako; Vice President of ANA Americas, Â as Â passengers were lined up to board the aircraft prior to departure.

BONUS: Flying on the Boeing 787 Dreamliner for the First Time

The aircraft boarded quickly even though guests were snapping away, taking photos of the new composite wings, larger windows and signature Boeing Sky Interior.Â  As the aircraft pushed back from Gate 15, San Jose and ANA Ground staff lined the taxi way to wave us farewell.

As the aircraft leapt into the sky off runway 30R, it starts the beginning of an adventure for some of those on-board, but also sees a return to normal operation for a Dreamliner that has had a rough start in 2013.