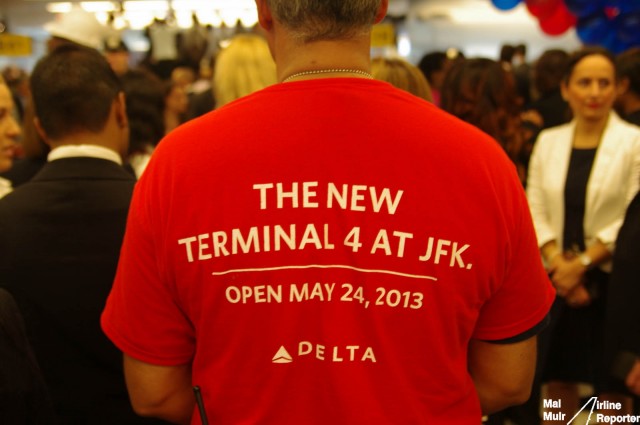 With the closure of the famous Pan Am Worldport (T3) at New York’s John F. Kennedy International Airport (JFK), Delta decided to move their facilities to Terminal 4 (T4) and I was invited to join in on the grand opening.   Even at 4am on the 24th of May (the day the new terminal opened), construction workers were still putting on the finishing touches. Since Delta is the primary tenant at T4, they started the day with a very large celebration.

The new T4 refurbishment and extension brings state of the art technology together with new services, shopping and dining facilities to provide an amazing new guest experience.

“Thanks to Delta’s $1.4 billion investment, travelers to and from JFK will experience a state-of-the-art facility with improved amenities and better services,” said New York Mayor Michael R. Bloomberg. “Over the past six years, Delta has doubled the number of employees based at JFK and created quality construction jobs, with a focus on local hiring. We look forward to their continued expansion and partnership with New York City.” 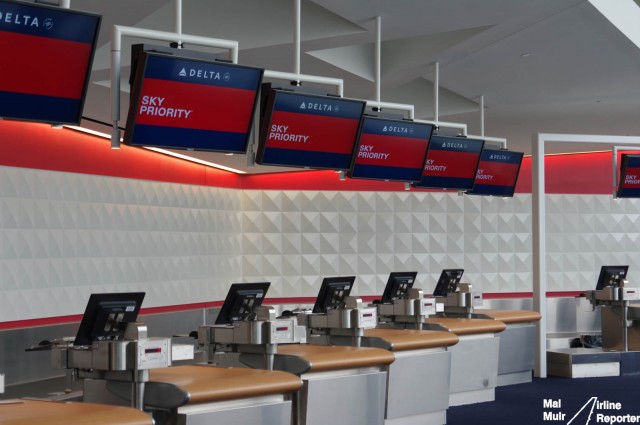 The new T4 experience starts with check in with a fantastic open space for economy passengers. The new Sky Priority experience, for the Elite fliers or Premium Class guests, features a fully separate facility with access to a separate security channel.

Security at T4 is now before the central shopping area and this no longer means having to leave the shops/lounge an hour before your flight departs to clear security.  You can clear security immediately and start your relaxation. 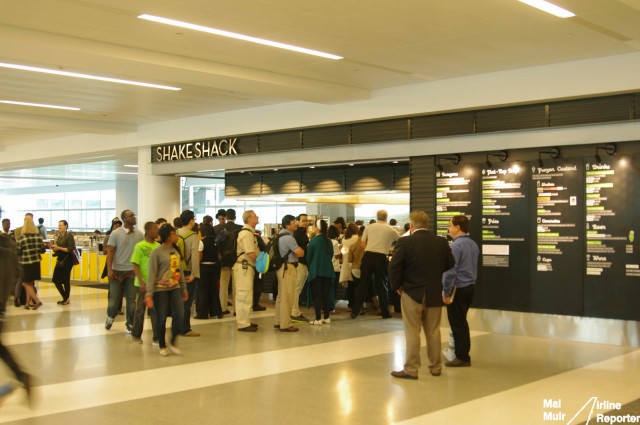 Speaking of shopping and dining, T4 has had a number of new outlets open on the B concourse extension, with outposts of popular dining options like Blue Smoke & La Brea Bakery.  However, the biggest anticipated opening for the new dining options was New York’s famous Shake Shack.  This New York City burger joint has opened it’s first location in an airport and it ended up having the longest line at the airport during my visit.

A new Delta Sky Club has been built and is now the largest in the network (a dedicated story to come on this).  There is also a dedicated kids area for the unaccompanied minors, in essence the first ever “kids only” airline lounge.  It is stocked with games, toys, snacks and seating while they await their flight under airline staff supervision or await the arrival of their guardian to collect them after their flight. 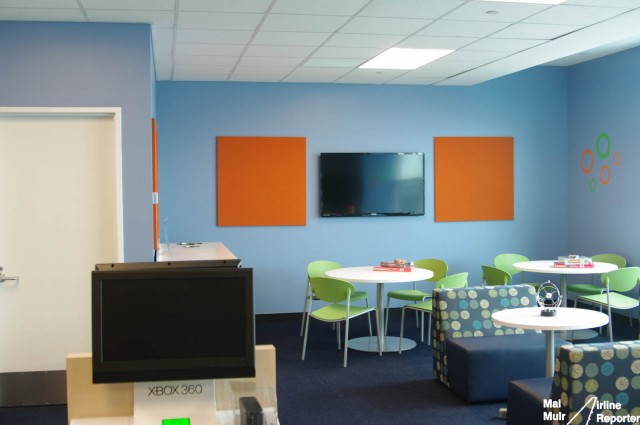 To be a child again, the new Sky Zone for unaccompanied minors at JFK T4 – Photo: Mal Muir | AirlineReporter.com

The new gates constructed as part of the extension and refurbishment (Gate B30 and upwards) are all dedicated to loyal Delta customers who had made plenty of journeys through JFK.  At each of the gates an etched glass plaque commemorates the frequent flyer.  The true aviation enthusiast will notice that the glass is an actual Boeing 757/737 window panel. 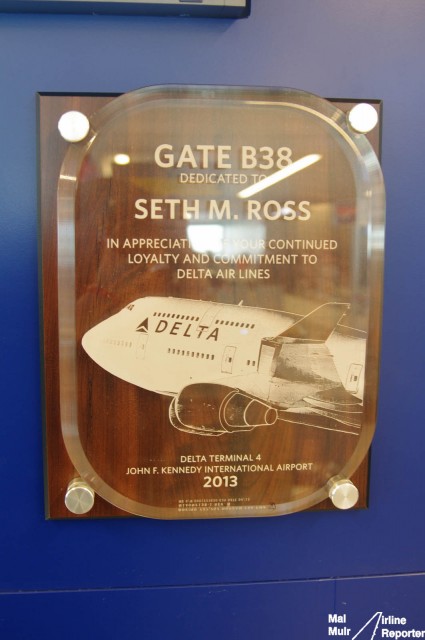 Each new gate at the T4 extension is dedicated to a  Loyal Delta Customer and inscribed into an actual Boeing 737/757 Window Panel – Photo: Mal Muir | AirlineReporter.com

At the press conference, Delta CEO Richard Anderson said it the best, ’œI could quote you all different sorts of statistics, but to be honest, this terminal is awesome.’  I have to agree 100%.

MORE PHOTOS OF TERMINAL 4 AT JFK

They should’ve kept the WorldPort just for the historical perspective.

I agree. It’s the little aviation related things like those plaques that just make it all the more special! There is a couple more in an upcoming piece about the Sky Club as well.

Please correct your article. The plaques are deltas most valuable customers. They fly at JFK 200 times a year

Sorry for the mistake. After clarification it seems you are right, this has been fixed.

Fastidious respond in return of this issue with firm arguments
and describing the whole thing on the topic of that.