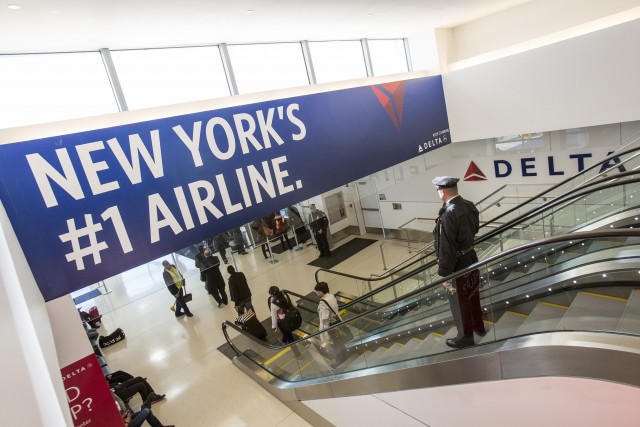 As part of their $1.2 billion effort at improving their space at John F. Kennedy International Airport’s (JFK) Terminal 4B, Delta, along with the JFK International Air Terminal LLC (JFKIAT) has completed the second phase of expansion of the terminal and held a media event to show off and officially open the new space (a soft opening occurred last week).

In attendance, and speaking on behalf of their organizations, were Gail Grimmett, Delta’s senior vice president for New York; Patrick Foye, executive director of the Port Authority of New York and New Jersey (PANYNJ); Gert-Jan de Graff, president and CEO of JFKIAT (the operator of Terminal 4); Kyle Kimball, president of the NYC Economic Development Corporation; Fred Dixon, president and CEO of NYC & Company; and Melinda Katz, the Queens borough president. 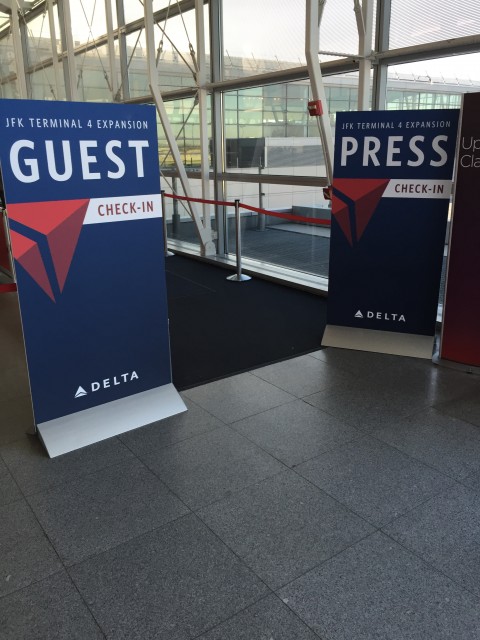 The expansion adds 75,000 additional square feet and 11 new gates to Terminal 4B, and will allow 80% of Delta Connection operations to move from Terminal 2. These new gates are enclosed and climate-controlled, and can handle mainline narrow-body jets, if needed. The new addition provides access to a renovated Sky Club, iPad stations, and world-renown eateries.

The carrier has also added a third stop to its Jitney shuttle service, which carries connecting passengers between its two terminals to the new terminus on the B side. This is to help alleviate the walking for connecting travellers (65% of Delta’s JFK passengers) between opposite ends of Terminal 4B.