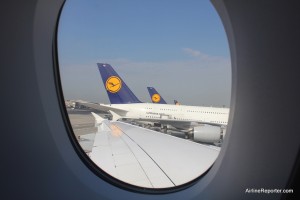 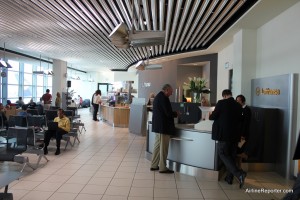 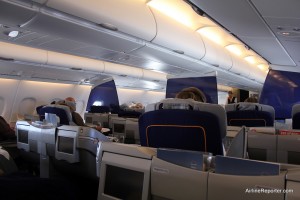 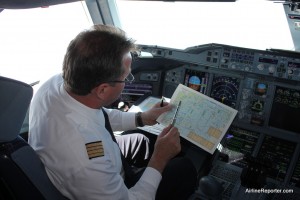 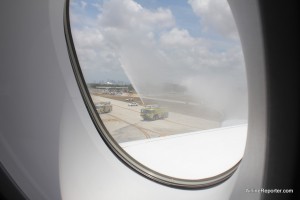 Very cool that you were able to visit the cockpit during flight! I thought they would not allow this anymore following 9/11. Or does this not matter with foreign airlines?

Dunno what happened in Frankfurt, but of course you do have to remove your toothpaste. The rules for liquids are effectively the same as in America. We normally don’t do the shoe removal, though.

That you found the security people in Frankfurt friendly and helpful says more about the TSA then anything else, since Frankfurt always strikes me as the most thorough and unapologetic security check in Europe (possibly only beaten by Munich).

Yes, pretty neat you were able to visit the cockpit during flight.
I have a DL buddy how actually non-reved on the cockpit jump seat..(LH).