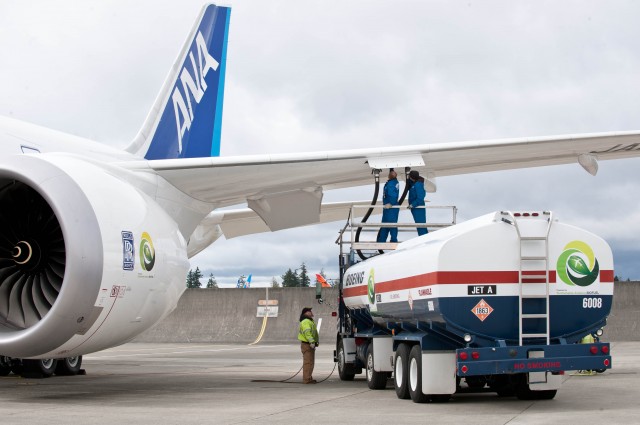 What used to be a rarity (jet biofuel), we are starting to see used on one-off basis more and more. This week Porter used 50% biofuel on a Q400. worldairlinenews has a story every other day of another airline using bio fuels. The more the industry chooses to invest in bio, the cheaper and more plentiful it will be. Just think – an already efficient jet (787) with even less carbon footprint with biofuels, compare that too older, less efficient jets, and the carbon footprint shrinks like crazy.