Southwest Airlines has announced orders for the new Boeing 737 MAX. Image from Boeing.

Not that long ago, Boeing announced that they will make improvements on the 737 NextGen to create a new version; the Boeing 737 MAX. Although I am still not a fan of the new name, I am starting to become a fan of the changes that the MAX will bring to Boeing and their customers.

“The 737 MAX is on-track to deliver substantial fuel-savings to customers starting in 2017,” said Beverly Wyse, vice president and general manager, 737 program. “We’ve made several design decisions that support the performance targets for the MAX and evolve the Next-Generation 737’s design within the scope of the 737 MAX program.”

From Boeing’s press release, those design decisions include:

“We also continue to do work in the wind tunnel to affirm the low- and high-speed performance of the 737 MAX design,” said Michael Teal, chief project engineer and deputy program manager, 737 MAX program. “Based on design work and preliminary testing results, we have even more confidence in our ability to give our customers the fuel savings they need while minimizing the development risk on this program.” 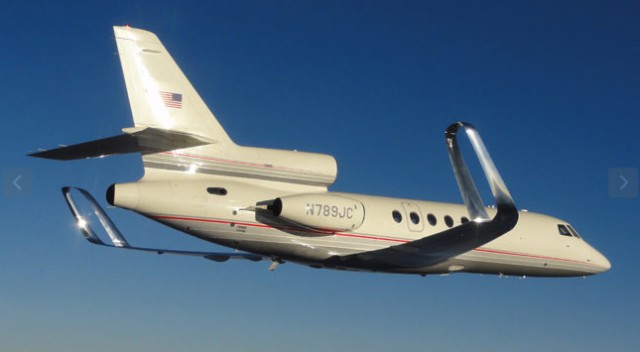 Could the 737 MAX have radical winglets like this? Image from Aviation Partners Inc.

I am kind of hoping fro something even a bit more radical; like Spiroid, Scimitar Blended or Blended Split-Tip Scimitar winglets. These would offer an obvious visual cue that the MAX is a new aircraft and possibly provide further fuel cost savings.

Boeing states that customers should see a 10-12% fuel consumption increase over “today’s’ most fuel efficient single-aisle airplanes,” (aka the 737NG or Airbus A320) and a 7% increase operating cost per-seat advantage, “over tomorrow’s competition,” (aka the Airbus A320NEO).

Already, the 737 MAX has more than 1000 orders and commitments from 16 different airlines and once additional aspects of the aircraft are confirmed, those numbers should continue to increase.

“1000 orders and commitments” for the 737MAX, however a commitment doesn’t become an order until the contract is signed. It strikes me that Boeing hit the ground running with the MAX when they saw how well Airbus was doing with the A320NEO in 2011. It’s only now that the design details are starting to emerge as they work on it.

If I was an airline interested in buying the MAX, I think I’d want to know a lot more about what it WILL do when the final design is firmed up before I put pen to contract.

I’m also trying to visualise an 8″ nose gear extension. To my mind that’s not going to be visually pleasing. On the -800 & -900MAX it’s also going to make the rear fuselage much nearer to the ground, increasing the possibility of tail strikes.

Well Ken, if airlines waited till they find out what the airplane “WILL” do before ordering it, then they can be on the bottom of the buying list. Neither the NEO or the MAX have “proven” anything except on paper. Boeing got caught between the NEO and the NSA and decided lately to create the MAX…… and I think they have done a remarkable job of it in a short time. Commitments are expressed by both major manufacturers as marketing tools. NEO will have the advantage for a while much like the 787 does now against the XWB350.

No matter the shape of the eventual 737-Max, what began as a “Baby 707” will be with us for a very long time. Now… If SWA would stop painting their hubcaps orange, the aircraft world would be a more beautiful place.

Sources say no MAX contract is more then a commitment until fuel burn guarantees are given by CFM. CFM seems to be struggling to get the required numbers with the MAX’smaller fan.

Boeing has set the bar high for CFMI. Leap-1B will have to work hard to allow the 737 MAX to meet Boeing’s marketing figures of 12% lower fuel burn than 737 NG. Engine maintenance cost will likely increase as a consequence. Even so, I believe 737 MAX will be competitive with A320neo retaining enough advantage from the 737 NG to keep from losing 737 market share. Cost control is the big issue as Airbus has had this as their advantage for many years…

I read about Boeings new wingtip design that saved fuel by reducing drag by around 4% – a huge difference in engineering terms! I’m just not convinced there’s a market for the 737 MAX (despite reports of 1000 orders). Which companies have actually committed to buying these new models and why?

”Based on design work and preliminary testing results, we have even more confidence in our ability to give our customers the fuel savings they need while minimizing the development risk on this program.”

This sounds like a blanded crafted press release statement. It doesn’t actually tell us very much about the aircraft. I just think that most commercial, cargo and air charter companies are likely to wait and see how the technology fairs with the early adopters. The only way to really secure major purchases will be to somehow incentivise with fuel tax reduction and perhaps other special rates, otherwise the information simply isn’t comprehensive enough for any sensible company to try this out.

What do you think? Do you have more info on who is buying the 737 MAX?