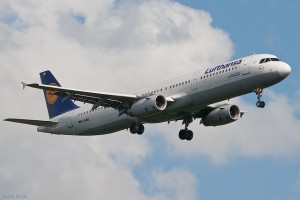 During the six month trial, Lufthansa expects to save about 1,500 tons of CO2 emissions. ’œLufthansa will be the world’s first airline to utilize biofuel in flight operations within the framework of a long-term trial. This is a further consistent step in a proven sustainability strategy, which Lufthansa has for many years successfully pursued and implemented,’ said Lufthansa Chief Wolfgang Mayrhuber.

This project, that Lufthansa is calling “burnFAIR,” is being funded in part by the German government. The government is investing about $3.3 million (2.5 million Euros) into the project, where Lufthansa is investing about $8.7 million (6.6 million Euros). The goal is to find a viable alternative to standard aviation fuel that can power  airlines around the world with less emissions and be sustainable.

https://www.airlinereporter.com
Want Some Airline Humor? Check Out This Blog
Guide to Getting a Good Seat Flying on Southwest Airlines
1 Comment

If it happened to you once or twice, the situation is crying out to you.
Before you purchase a used car, it is very important to not forget that there was an earlier
owner so you must get information about the history of the car.

Take into account that all the mentioned techniques charge
for a car listing as well as with more they listed the bigger their profit
will be.