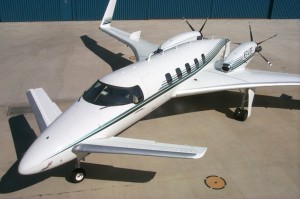 https://www.airlinereporter.com
Welcome Back From the Holidays
Lost in Time: The Oldest Flying Boeing 747 – N93101
20 Comments

Enjoy the first flight. At least is should be quiet with the engines so far back on those tail wings! 🙂

I want to hear them start up though 🙂

Lots of pictures, I hope!!

Oh do not worry, I will be taking pics AND video. I am gonna try to enjoy it without looking through a lense too ;).

Something that’s possible since you’ll be on a General Aviation aircraft… ask if you can try out the controls during the cruise phase of the flight. It’s entirely up to the pilot in command (Robert). And it’s completely legal because technically he’s still flying while you’re under his supervision. Even any Private Pilot in a Cessna 172 can let their passengers do this when it’s safe. One minor hazard – after trying out the controls, you may become inspired to get your own pilot license. It has happened many times.

I feel super honored and lucky to be invited on the flight. I am not going to push my luck, but if it is offered, of course I will not say no 🙂

I was lucky in a similar way when you let me tag along to meet Robert at Oshkosh. Just seeing that plane in the hangar was unbelievably cool.

When we met him, I could tell that he understands aviation enthusiasts, because he is one himself. He seems to be happy to meet people who appreciate the Starship. He’s a better ambassador for the Starship than the manufacturer ever was. All of that adds up to having no doubt you’re going to really enjoy that flight. I know I would.

Just in case… should you choose to accept it, your homework is to read Chapter 3: http://bit.ly/fl1ejt 🙂 At least skim it to be aware of what’s there. Don’t try to memorize. Then you’ll get more out of the experience.

Enjoy your flight! I built the fuselage and wings on the Starship. I am glad to see that people are interested in the Starship. It is a great plane. It was definitly way ahead of its time.

I was out working in my yard yesterday afternoon (Saturday;
14 May 2011) in Garland (on the NNE side of Dallas) when I
heard a raspy buzzing noise from the sky.

Hoping-against-hope (I had seen one overfly several years
before) I stopped what I was doing (removing safety goggles)
and looked up.

Sure enough, there, zipping along at not too great
an altitude, from the NE to the SW, was a Starship.

It did not appear to be descending but it was going in about
the right direction if it was going to land at Love Field
(a little northwest of downtown Dallas).

I was not able to get the aircraft’s number but am wondering
where it’s based.

Looking at the flights into and out of Love Field yesterday, I am going to guess you actually spotted a Piaggio P.180 (http://en.wikipedia.org/wiki/Piaggio_P.180_Avanti).

According to flight aware (http://flightaware.com/live/flight/VNR183/history/20110514/1545Z/KDAL/KABI) it it went from Austin to Dallas to Ailene back to Dallas, then to Austin (busy little bugger).

The P.180 and the Starship look very similar flying and many people will think it is the Starship. I don’t see one coming or going yesterday.

Many thanks for the response.

I thought at first that you might be right (about my having seen a Piaggio P.180 instead of a Starship) but then realized two things :

1.) I’m pretty sure that the aircraft I saw had sharply swept-back wings (and therefore would not have been a Piaggio)

2.) Within a minute of seeing the aircraft I phoned a friend of mine who is a flight instructor and left him a voicemail. My phone logged that call as having been at 12:40 PM yesterday. From what I can see the Piaggio was not in the air at that time (on-the-ground in Abilene from 12:03 PM until
5:42 PM).

Hmm. Flight Aware is very known for being off on times a lot. Let me do a bit more looking. I WANT you to be able to say you saw a Starship flying over your home :).

On Tuesday, 11/1/11, I sat in the cockpit of my Grumman Yankee trainer and just about a second after i flipped on the avionics switch, i can swear i heard ATC clearing a Starship to depart our airport. My instructor thought she heard it too, both our eyes lit up, and we agreed to get through our checklist as fast as we could to get clearance to that same side of the airport.

Alas, we saw no Starship; we saw no jets either. So we settled that we had already missed it… if even was really what we heard. Later in the day, we had checked FlightAware, but nothing was listed to depart then, not even the jet that taxied up behind us.

I know there once was a Starship visiting at our airport. There is a map in the school’s lobby from 2005 (or 2008?) and its sitting on the approach end of one runway.

What airport is that?