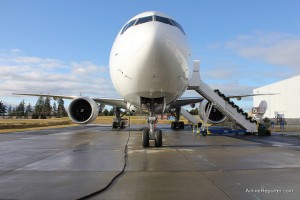 I hope everyone had a great holiday. I know many of you have enjoyed some much needed. In case you weren’t able to read the blog for the last week, I wanted to quickly catch you up on what you might have missed:

Cheers to 2011 and fun new adventures!

https://www.airlinereporter.com
CLASSIC VIDEO: Pan Am Introduces Jet Service with the Boeing 707
My Quest to Ride on a Beechcraft Starship: Flying Next Week