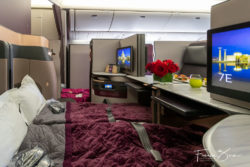 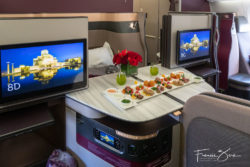 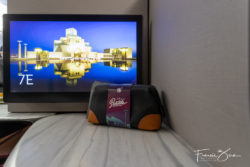 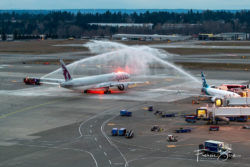 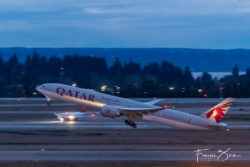 The main focus of the renovation is Sea-Tac’s international arrivals facility, which is woefully undersized for the airport’s growing passenger traffic. The new elements include a 450,000-square-foot grand hall for baggage claims and customs processing, a picturesque aerial walkway connecting the south satellite terminal to the grand hall (which is being installed Jan. 23-25), and a corridor connecting arriving international passengers on Concourse A.

We recently walked through the construction site with Port of Seattle staff to see what’s coming. Bottom line: Sea-Tac is going to be able to better handle the mid-day crush that often happens when flights from Asia arrive en masse.

’œThe grand hall is sized for 2,600 passengers per peak hour, and we know that the peak is mid-day,’ says Janet Sheerer, IAF project manager, landside, at the Port of Seattle. ’œThere were very few overall design parameters for this project, and that was the biggest one.’

Skidmore, Owings & Merrill LLP (SOM), the architect of the renovation project, and Clark Construction Group, the contractor, ran models to make sure the new facility could handle peak passenger traffic. ’œThey ran robust models based on the type of aircraft, when the flight is arriving…to figure out where things need to be located and how many bag claim devices are needed,’ says Sheerer. ’œThe output from those models is what drove the design.