Boeingâ€™s newest offering, the 737 MAX 7, took to the skies on March 16, an uncharacteristically sunny, blue-sky day for a Boeing first flight â€” most all of them in recent memory have taken place on truly miserable days. 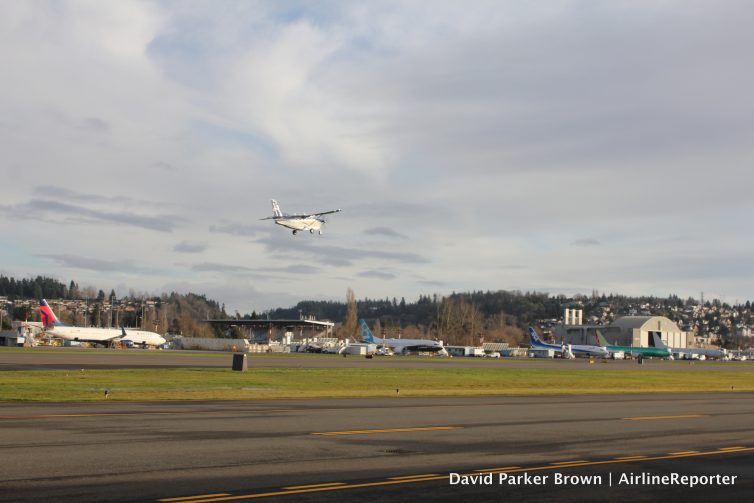 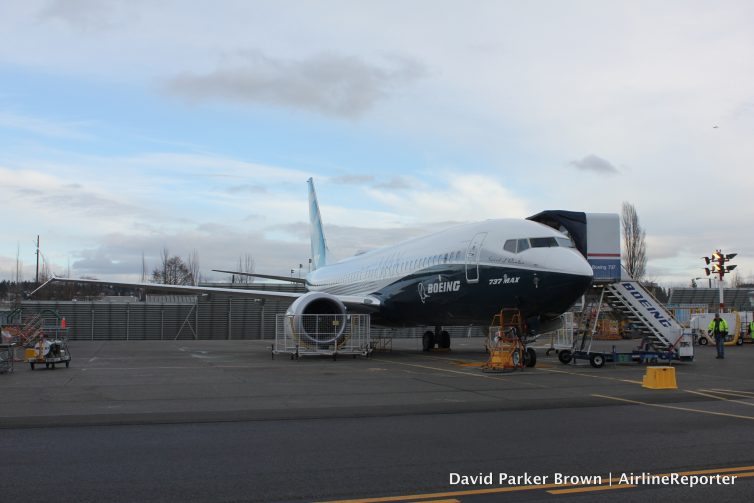 This story was written by Chris Sloan and originally was published on Airchive.com. This is the next of a multi-part series talking about the Boeing 737 factory in Renton. Read the first part: A Historical Look at Boeingâ€™s 737 Factory in Renton and second part: Inside Boeingâ€™s 737 Renton Factory and the Successful Next Gen.

The Boeing 737 Goes Into â€œMAXâ€ Overdrive

The Boeing 737 NextGen order book continued to bulge, growing virtually unabated even through the deep worldwide economic slowdown / crisis of 2008-12. Ironically, this era of financial strife and sharply escalating fuel costs, as well as the growth of emerging markets, helped 737 and A320 sales go from strength to strength. Boeing however didnâ€™t stand on it its laurels or did it?

Boeing claims with the introduction of its latest performance improvement package â€œPIPâ€, todayâ€™s NGs are 6-7 more efficient then when they were first introduced in the late 1990s. Boeingâ€™s Tinseth points out that â€œThe (737) program has taken off with record sales. Itâ€™s simple. We make it better every time. We were first in its class with ETOPS 180, glass cockpits, Sky Interiors, and high bypass engines. We lower the operating costs through such new technologies as blended winglets, heads up display, carbon brakes, and more fuel-efficient engines. We enhance customer appeal with the new Sky Interior. This is an airplane that appeals to the heart of the market: emerging and developing economies and it is very successful with the LCC business modelâ€. These new LCC airlines in emerging markets include Lion Air, Air Asia, and Gol! An unintended benefit of the weak economy, particularly in the U.S., is the poor financial results led to an elderly, fuel-in-efficient, maintenance intensive fleet which created an advantage and some say a bubble for airframe manufacturers, particularly in this sweet smart of the market. â€œThe significant driver in the US is the demand to replace older and less efficient aircraftâ€, said Tinseth.