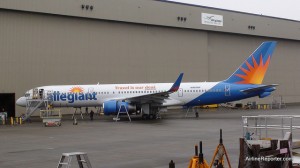 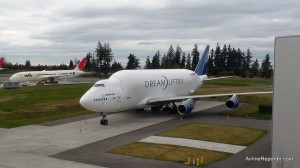 All of Paine Field in one photo.

Liz Matzelle (@ImperfectSense) has taken some pretty sweet pictures and video of aviation in the northwest. One can take a lot of photos of Paine Field, but none of them really give you the feeling of what it is like standing on one of the grassy gnolls looking out on all the wonderful new Boeing aircraft.

She recently made this panoramic photo and I just had to share. All the way from the new Boeing 787’s parked by the Boeing Factory all the way over to the tower. Seeing it in so small really doesn’t do it justice, so here are two much larger versions:

There are some pretty sweet things in this photo. See if you can find:
* The very first Boeing 727-100 in old United livery
* A Southwest Airlines Boeing 737
* The three Eva Air Boeing 777’s waiting on seats
* An old B-52 Bomber
* A Dreamlifter (ok you should be able to find that in the small version)
* Ethiopian Airlines 777-200 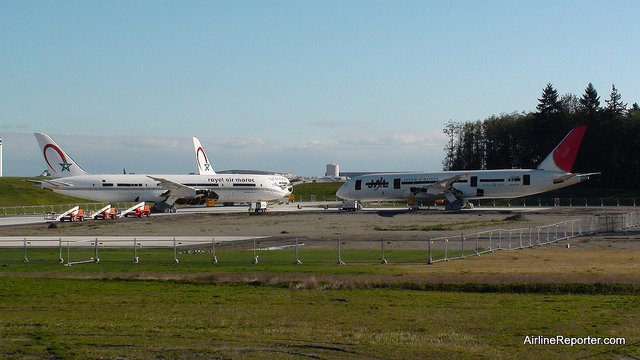 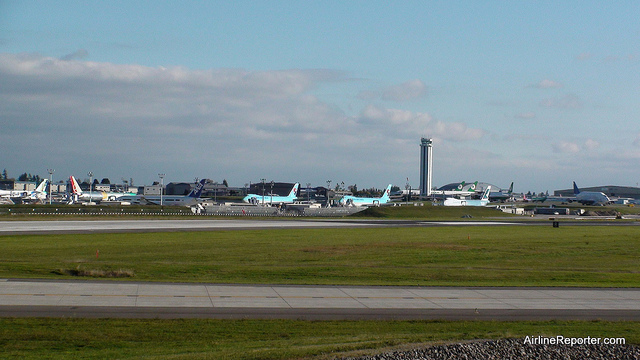 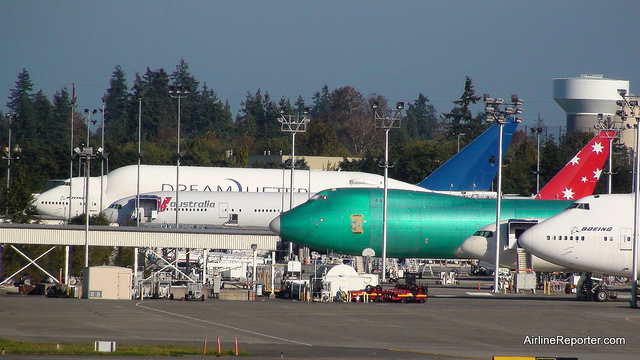 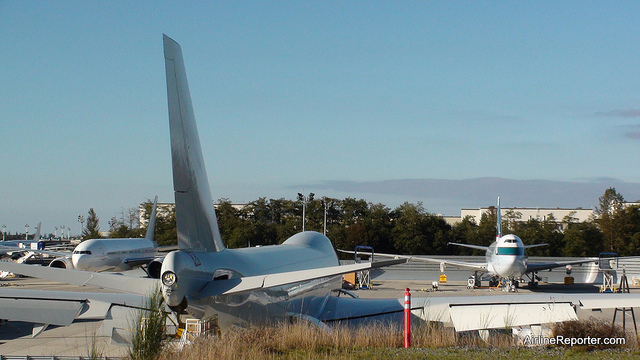 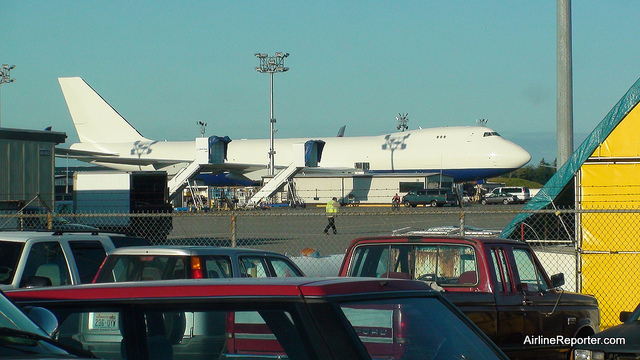