I know three blogs in a row talking about airline livery, but I have been getting near livery-related stuff. I have been following Allegiant’s livery on their new Boeing 757’s since I got a photo of just their winglet. Then I got the mother load with some full shots of N901NV 757 in fully livery. Now Allegiant has released official shots of their N902NV Boeing 757 and there are some differences from N901NV — can you see them? (click images for full version) 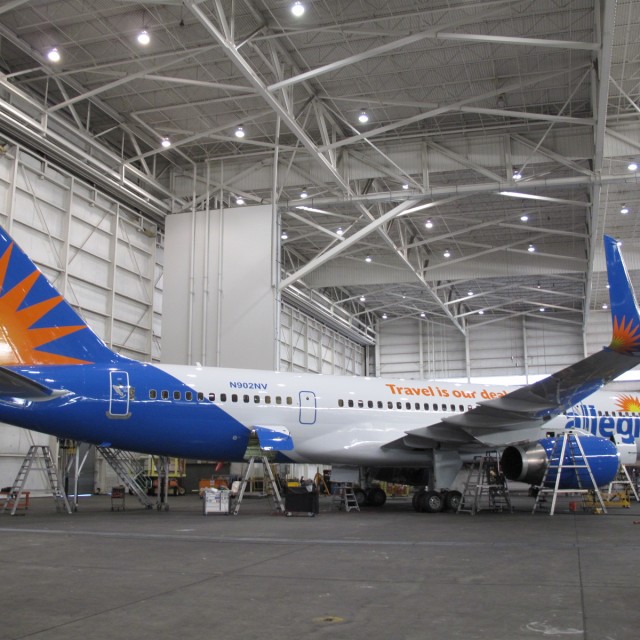 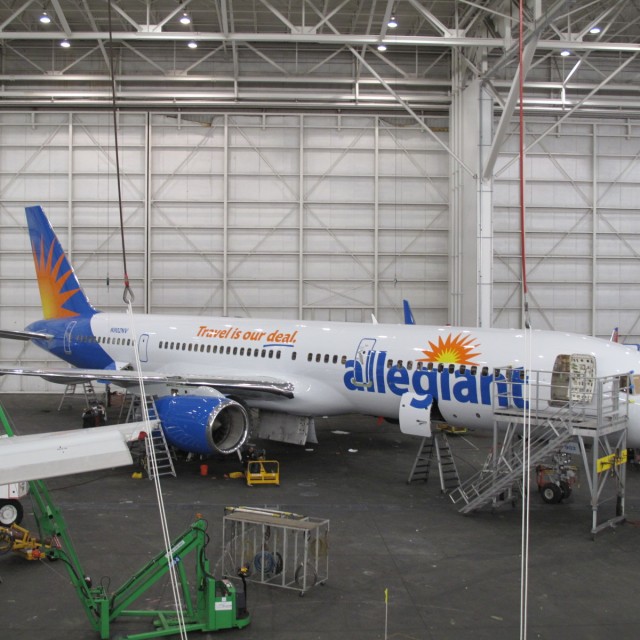 The obvious is the addition of their tag-line, “Travel is Our Deal.” They also reversed the gradient on the tail to start with yellow in the middle and moving out to orange. It makes sense to match their logo with orange on the outside, but I think I might have liked the tail better with the yellow. Either way, it still looks slick and I will wait until I see it in person before making the final judgment.

Allegiant confirmed they will be re-painting N901NV and the rest of their MD-80 fleet with this new livery. They are still keeping silent on when and where the new Boeing 757’s will be used. With the new look and tag-line comes a new direction for Allegiant. They now guarantee their air and hotel package pricing. If you find a lower price, your next flight to that destination will be free. Also, if you  purchase an air and hotel package, you will get $20 instant savings on your airfare. Not too shabby.

What are your thoughts on the new livery?

https://www.airlinereporter.com
Airline Livery of the Week: AIR DO Does it Wrong
Touring ANA’s Three Lounges at Haneda Airport in Tokyo
12 Comments

I think it looks fresh, exciting and somewhat resembles the colors of WN. Give these planes a few weeks in the LAS, PHX sun and those colors will fade fast!

David, Why did Allegiant paint 901 and then decide to repaint? Sure seems like a waste of money seeing the public “never saw” 901.

I am guessing someone made the decision after 901 was painted. At least they will only need to re-do the tail, which I wouldn’t be surprised if it is not painted, but a 3M film. Then they just need to paint out the website and put the tagline. With re-doing the whole fleet, one more aircraft won’t cost too much additional money.

I liked 901 better. 902’s new livery update is unnecessary and the orange/yellow looks too dark and doesn’t stand out

Just saw this bird parked at the gate at McCarran Airport in Las Vegas. Looks pretty sharp. I can’t believe how mush better the logo looks with just reversing the yellow and orange on the sun. As an aside, saw two Air New Zealand 747-400s parked on the tarmac, no idea what they’re doing here (not a normal service).

Mystery solved on the ANZ birds. Special charter flights in celebration of the fifth anniversary of their Grab-a-Seat website.

I was gonna suggest that they were probably charters. Weird things happen out of LAS :).

But thanks for the update.

For those who want to see the ANZ planes at LAS, the ANZ website says they’re leaving tomorrow night (August 11), one is departing at 2100, the other at 2359 – so you have the rest of today and tomorrow to see them.

I grabbed lunch at the observation point along Sunset Road on the south side of the airport, so I got a good long look. One is parked in an open space on the pavement between Terminal 2 and the A Gates. The other is parked behind Terminal 2 with the nose facing away from the terminal.

Almost forgot – saw a JetBlue A320 in New York Jets green livery take off while I was sitting there.