Earlier this week, at the Everett Delivery Center, Korean Air and Boeing celebrated delivery of the airline’s first of ten 747-8 Intercontinental aircraft. The delivery marked Korean becoming the only carrier of both the freighter and passenger variant, with Korean already operating seven freighters. We were invited to attend the delivery ceremony and it certainly did not disappoint.

Arriving about an hour prior to the ceremony beginning, I had the opportunity to do a little light plane spotting and to chat with some other members of the media. As you can imagine, security is tight at events like this and we had to go through a couple security checks. Once in the delivery center, I was allowed to step out onto the terrace to watch the big 747-8I be towed up to the Delivery Center. As the plane neared, the Korean Air pilots were also outside on the terrace with us. You could tell how excited they were to be a part of this event and to fly this beautiful plane home. 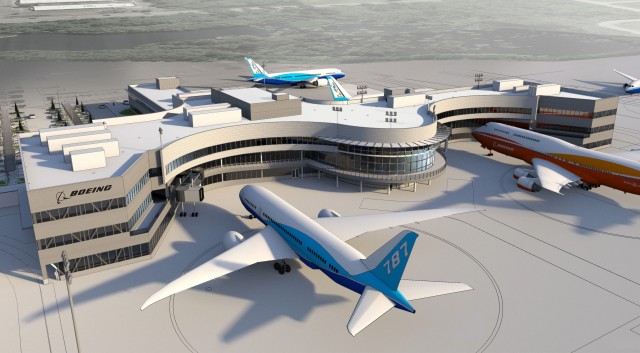 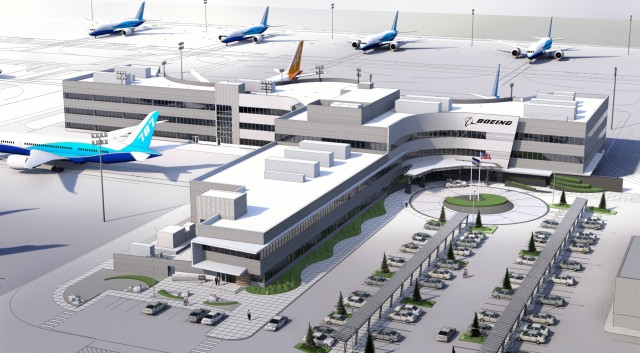 When asked if the Future of Flight will still play a role in future deliveries, Elizabeth Fischtziur with Boeing Everett Site Communications explained to AirlineReporter.com, “We will continue to work with our airline customers to custom design delivery ceremonies to meet their needs. While the majority of ceremonies will take place at the EDC in our new delivery lounge, it is possible that we will continue to use the Future of Flight from time to time.”

Boeing explained that while the new site is being built, “interim delivery plans are in place,” including the possibility of delivering on the flight line.