The recent announcement by Delta Air Lines that it will be ordering 100 new Airbus A321neo jets could put a nail, or perhaps rivet, into the coffin of a 757 replacement.

I knew this Delta announcement was coming years ago when I was working for Boeing and had an insightful chat with a very high-ranking Boeing executive. The chat was not in a public forum, so I will not say who it was, but trust me – this person knew what he was talking about.Â He told me that he felt Delta may never buy from Boeing again. He went on to talk about how Deltaâ€™s former CEO, Richard Anderson, and its current leadership, was pretty much married to the French conglomerate.Â

Prior to Delta, Anderson made a couple of big Airbus purchases while heading Northwest Airlines. Deltaâ€™s entire A319, A320 and A330 fleet comes from Northwest. So whatâ€™s this have to do with the flirtation of a new 757?Â  Delta is far and above the biggest 757 user with 128 757s, a total that was boosted after the 2008 merger with Northwest Airlines. United’s the next-largest passenger carrier at 77 and American is third with 52. The aircraft is still popular in the US, but not as much overseas.

777X chief project engineer and vice president Terry Beezhold said it’s taken Boeing seven years to get to this point in the project. The current project schedule calls for the first test flight to happen in the first quarter of 2019, and the firstÂ delivery about a year after that. 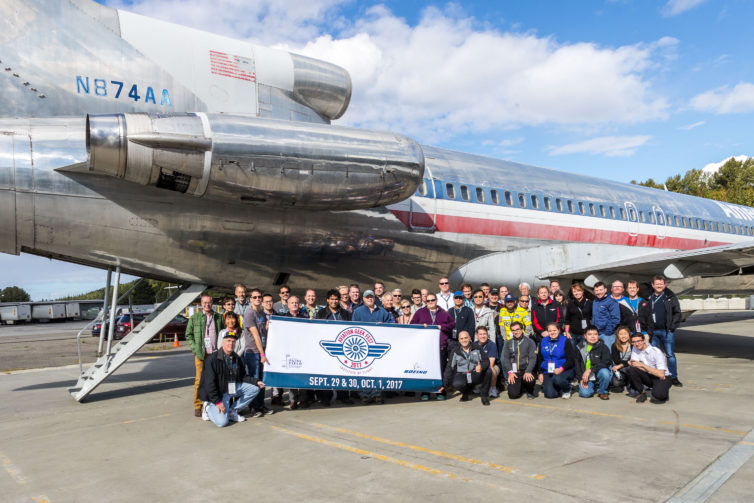