777X chief project engineer and vice president Terry Beezhold said it’s taken Boeing seven years to get to this point in the project. The current project schedule calls for the first test flight to happen in the first quarter of 2019, and the firstÂ delivery about a year after that. 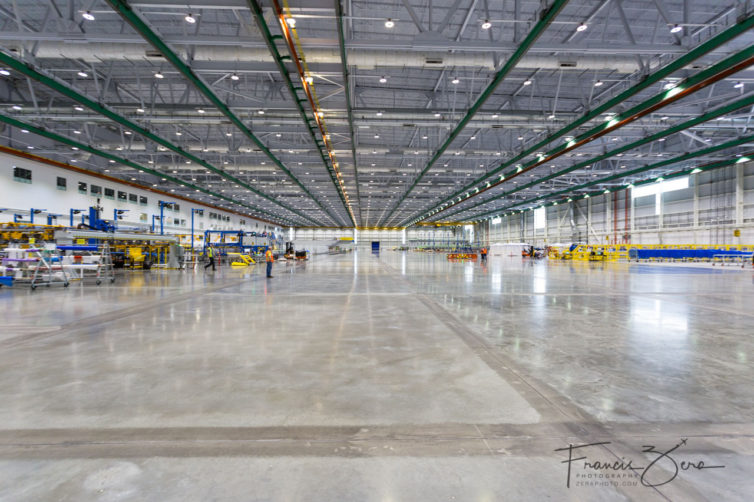 The new plane includes combining “lots of 777 heritage with 787 heritage,” Beezhold said. “We scalloped the frames to make the fuselage wider than the -300ER for comfortable 10-abreast seating.”

The 777x’s empennage is also of a new design, and includes a 787-style one-piece rudder. The supply chain will be spread out in a similar manner to that of the 787, he said, with the wing being built in-house, fuselage tubes built in Japan & at Spirit Aerosystems in Wichita, Kansas, and wing leading and trailing edges made at Boeing’s St. Louis plant. 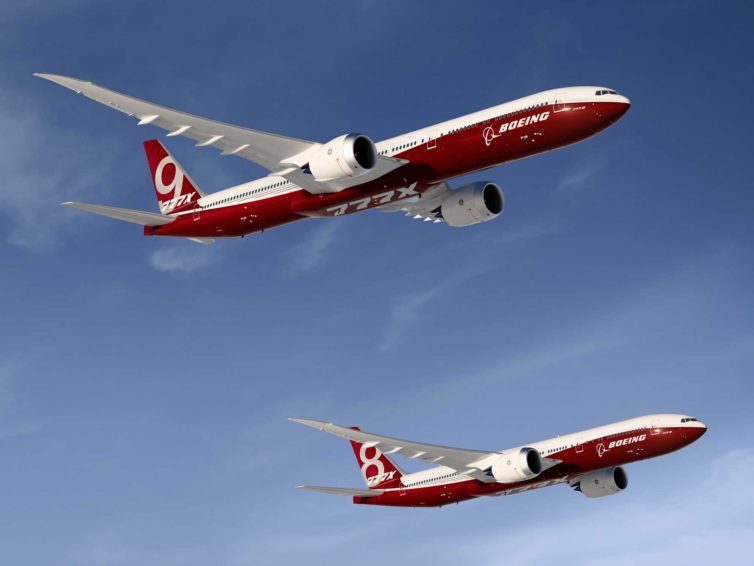 Renderings of the 777x-8 and -9 models show a wing that looks very similar to that on 787 models – Image: Boeing

Beezhold said the new plane will require less thrust than the -300ER because it will have a more efficient wing. And that wing is quite long â€” the 777x’s wingspan will come in at 235′ 5″ (71.8 meters). Because that’s wider than standard airport gates, the jetliner will feature a folding wingtip to reduce the span to 212′ 8″ (64.8 meters). 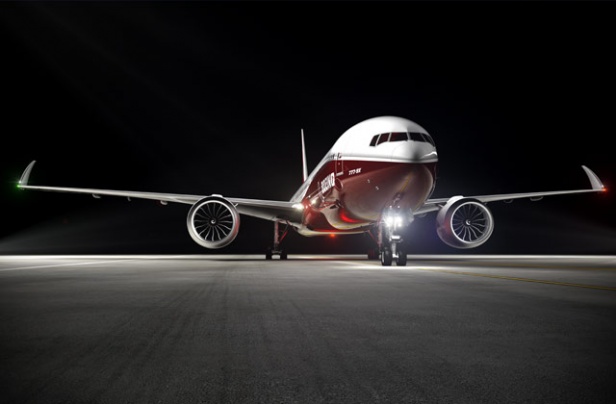 The 777x’s wingtips will fold after landing to allow the aircraft to use standard airport gates -Image: Boeing

Beezhold explained that Boeing had developed a folding wing for the original 777, but it proved to be an overly-complicated design, as the folding portion included the aileron. The idea was shelved in favor of a traditional wing.

A wing section moves down the production line

The majority of the fabrication is automated

The 777x has a “very simple folding wingtip – the hardware is all contained within the wing,” Beezhold said, adding that airlines wanted a design that required little or no specialized maintenance.

For pilots, the new aircraft will have a common type rating with the 787, which will also simplify scheduling for airlines. 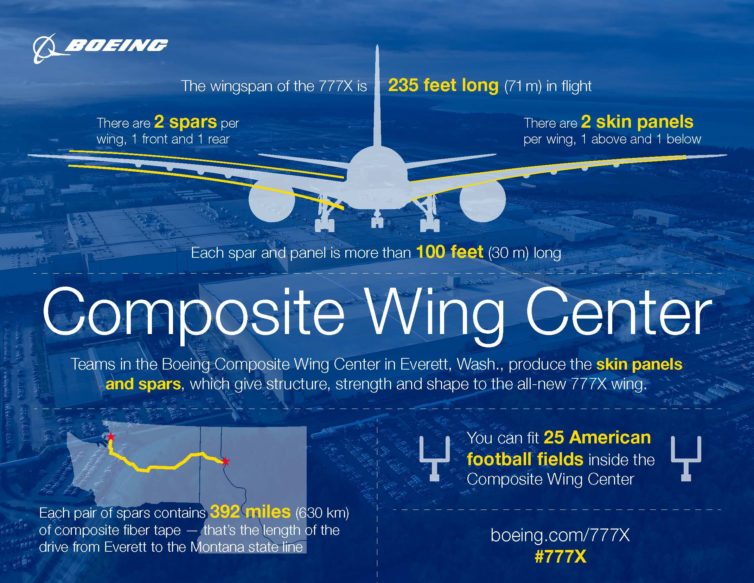 Boeing’s Composite Wing Center, like nearly everything at their Everett, Wash., facility, is best described with superlatives – Image: Boeing

The passenger experience will also improve, he said, as the 777x includes many features from the 787: the big windows, an airy-feeling, bright cabin, etc.

We’re looking forward to flying in one early on to assess those statements for ourselves. Watch this space.

Good catch Max. This is why Boeing doesn’t hire us for wing design :). We updated the story.

Hey Cougman, I double checked the math and I actually get 64.8 meters. Either way, we didn’t catch the conversion and thanks for pointing that out!

Um, a small error in the article with measurement conversion.

Otherwise, an excellent article! Keep them coming, especially with 777-8 and 777-9 developments!

Hey OliverTwist — you are good with the math! I was able to get in there and update this one, sorry we missed the conversion.

I think the idea of an airliner with folding wing parts is just.so.COOL!
Cant wait to fly on one, & being based in NZ, we get a lot of the long haul 777s already, so bring it on. Interesting to see they’ve not tried to cram in the 11-abreast the Dreamliner has, so hopefully that issue is not repeated, giving more comfortable seating.

I wonder if they will tweak the -900 design at all to rise to Quantas’ challenge of Sydney-London direct?

Oh my that is a very good looking (seXy) plane.Shame it will never come to Queenstown.With the beauty of our mountains and the stunning look of the 777x what a photo shoot that would make.Maybe in the future 777x could do a fly by.Gosh aviation is so excting.