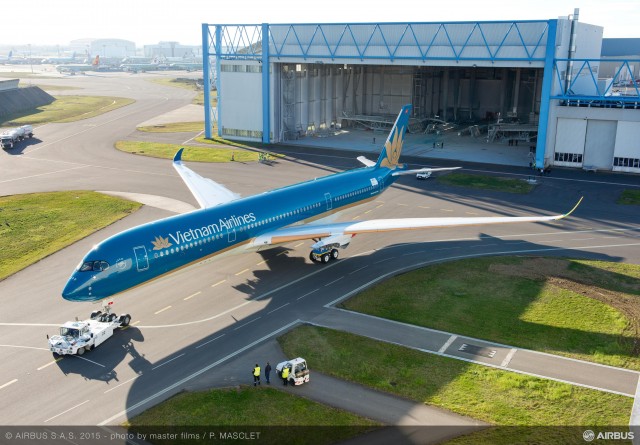 The initial A350 XWB for Vietnam Airlines rolled out of Airbus’ Toulouse paint shop on 6 March 2015, displaying the airline’s updated blue and gold lotus livery

Vietnam Airlines, the government-owned national flag carrier for Socialist Republic of Vietnam, is on the cusp of its first major international expansion in over a decade.

The airline has made no secret of its desire to become the second-largest carrier in Southeast Asia by 2020, behind Singapore Airlines. With the financial near-collapses of regional competitors Thai Airways and Malaysia Airlines and the upcoming expansion of its long-haul fleet, Vietnam Airlines is poised to gain significant market share and inch closer to its goal of regional domination.

A member of the SkyTeam alliance, Vietnam currently operates a full-service schedule to 52 destinations in 17 countries, with an active fleet of 77 aircraft.