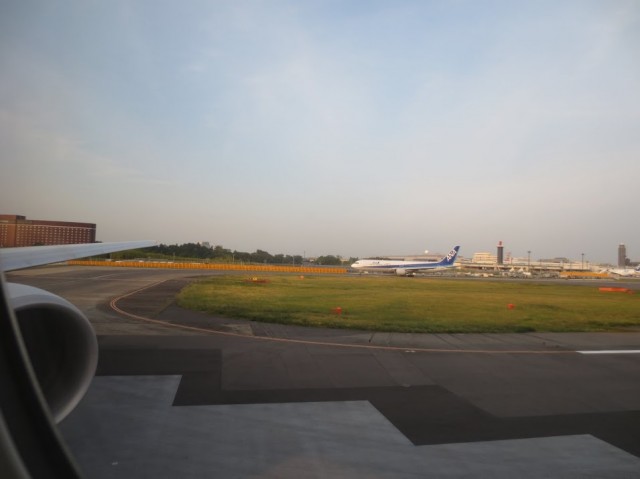 This is the final installment of a multi-part series covering my trip from Seattle to San Jose to Narita to Hong Kong and back as an ANA Ambassador. My flight was provided by ANA, but all opinions are my own. Part1: San Jose to Tokyo on the 787 Dreamliner – Part2: Connecting in Tokyo’s Narita Airport – Part3: Tokyo to Hong Kong & Back Again – Part4: A Helicopter Flightseeing Tour of Hong Kong – Part 5: Two AvGeeks Visit Hong Kong.

After another short connection in Narita (made shorter by hunting for Japanese Kit Kats), I was heading home to Seattle onboard an ANA Boeing 777-300ER.  This route originated last year on July 25th, and on the 1st of October it changed over to a 787 until the grounding.  On the 1st of June, the same day we flew out of San Jose, the route resumed with the 777-300ER.  What it meant for me was a nine hour flight home, with the gentle strum of GE-90s.

ANA operates their older model-777s on this route, so unfortunately there was no ’œInspiration of Japan’ service.  Sold as a 2-class flight but operated by a 3-class aircraft, ANA reserves the first class seats for their top-tier frequent fliers.  How do I know?  I tried to get into those seats after picking it on the seat map.  I failed, but it was worth a try, right?