On June 10, Swiss International Air Lines officially inaugurated its new Boeing 777-300ER (77W) on its first regularly scheduled daily service to the United States. The debut flight took off from Zürich/Kloten Airport (ZRH) and arrived at Los Angeles International Airport (LAX). The 77W is the first Boeing product in Swiss’s mainly-Airbus fleet, and carries 55% more passengers than the Airbus A340-300 (343) it replaces on the ZRH-LAX route. Its first 77W, HB-JNA (delivered on January 29) with its special “Faces of SWISS” livery, made the flight.

As I was doing this flight on points, I had basically only Air Canada to choose from. As a general rule, I don’t like WestJet – I’ve never had a good flight with them and sometimes all the busy business traveler wants is quiet, attentive service without the comedy shtick. But I digress. What makes these Air Canada Rapidair flights interesting is that there is a wide cross-section of equipment types used on these flights – everything from Dash 8s all the way to A330s. The flight that I picked for my buddy Justen and me was Air Canada flight 834 — being operated by an Airbus A330-300. 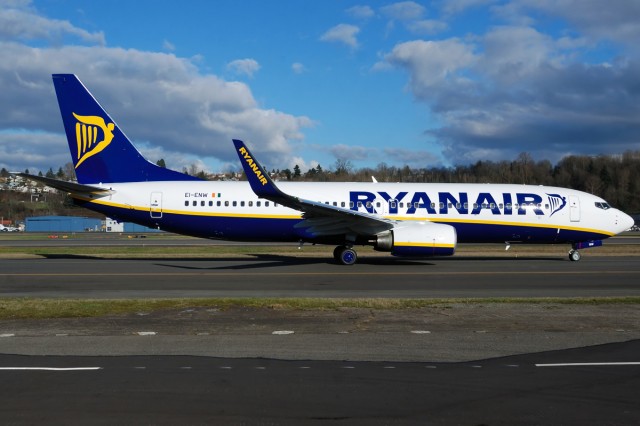 Ryanair might soon start trans-Atlantic flights, but what does it mean?