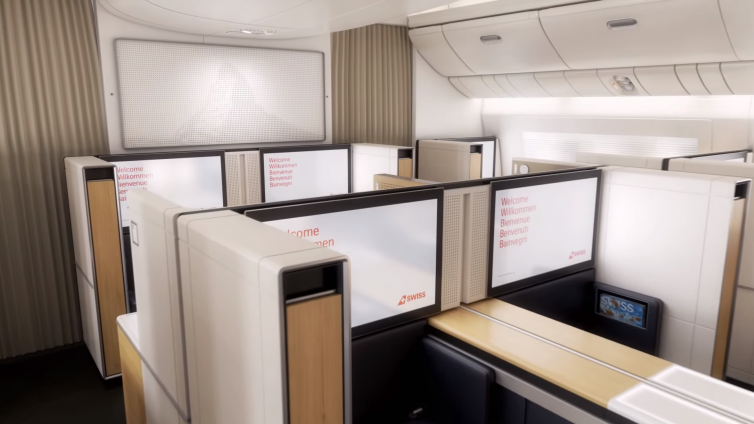 In an effort to modernize its long-haul fleet and expand its international network, Swiss placed an initial order with Boeing for six airframes in March 2013, and confirmed another three aircraft in March 2015.

Oliviera further confirmed to AirlineReporter that 77W service to San Francisco International Airport (SFO) will commence on August 30. Prior to the launch of long-haul operations, familiarization flights start on February 8 to Geneva, Barcelona, Frankfurt, London-Heathrow, and Hanover, with service to Prague and Venice added in April. 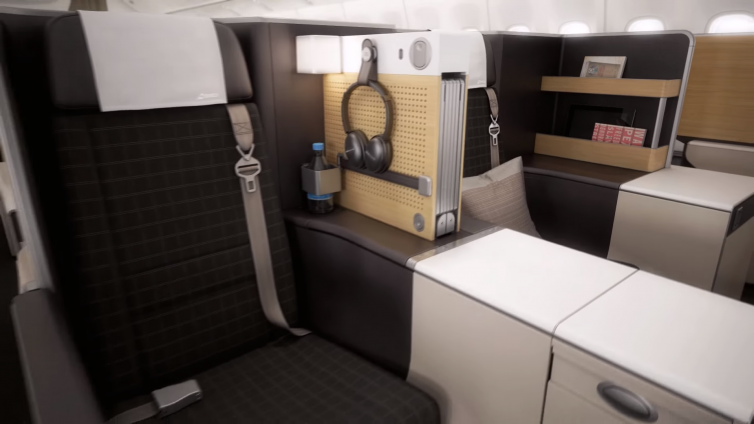 Configured with eight seats in first class, 62 in business, and 270 in economy, the 77W will serve as the new Swiss flagship product, complete with an entirely redesigned interior in all classes to upgrade the passenger experience for all, starting right when customers step aboard into the dramatic entryway.

There are two rows of first class in a 1-2-1 configuration, creating an intimate cabin, and for additional privacy each suite will have sliding doors that fully close; a divider between the two center seats can be lowered for traveling companions, while the outboard seats have electrically-adjustable window blinds. A 32″ entertainment screen dominates the suite, which have personal wardrobes and seats that convert into a fully-flat bed at the touch of a button. 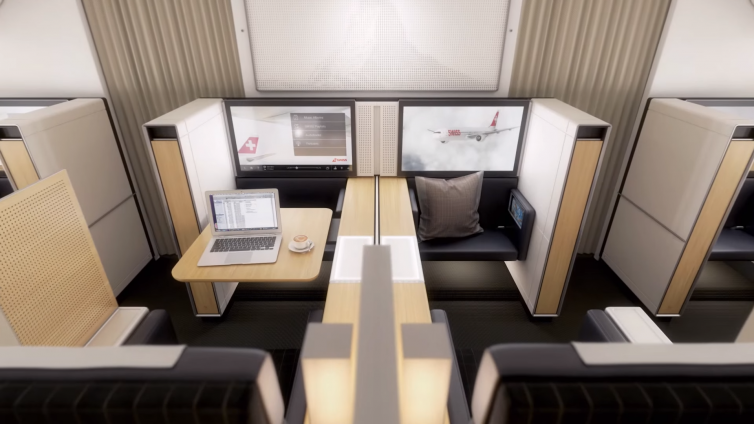 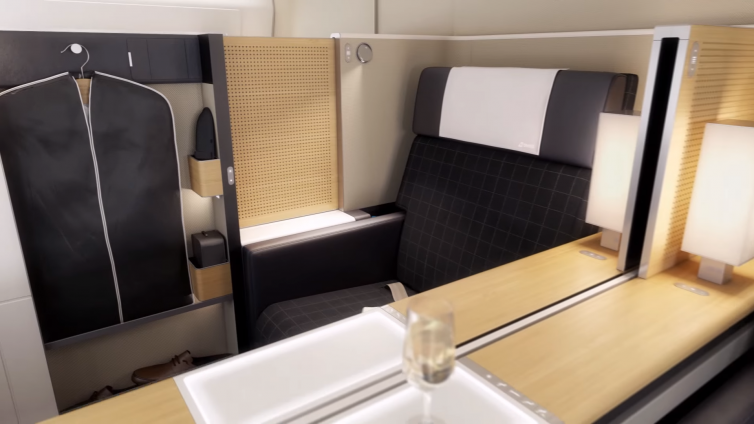 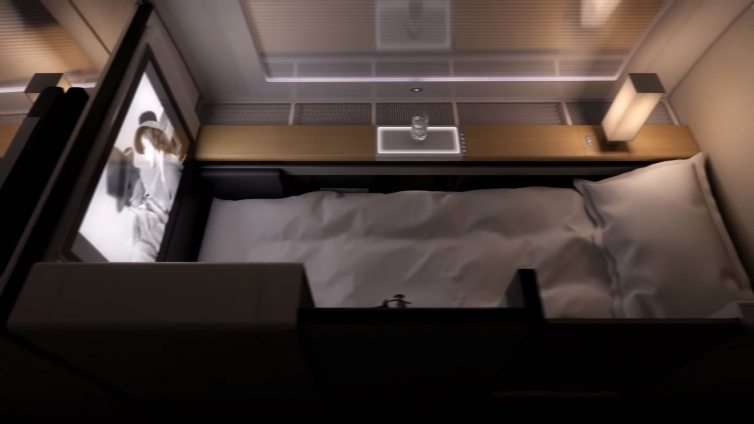 To highlight the exclusive and refined ambiance, a wall and doors separates first and business, replacing frumpy curtains for very clean and aesthetic lines.

Business class features a staggered arrangement of 2-2-1 or 1-2-2 that’s similar to what is found on the A330s/A340s, but with increased privacy and more room, thanks to the additional width of the 777 fuselage. These seats also lay flat into a bed, measuring over six feet in length with adjustable firmness in the seat cushion. In this staggered configuration, about 80% of the seats have direct aisle access. 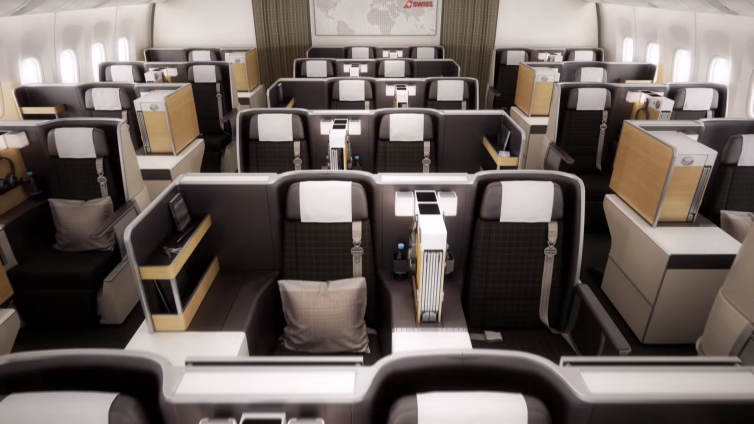 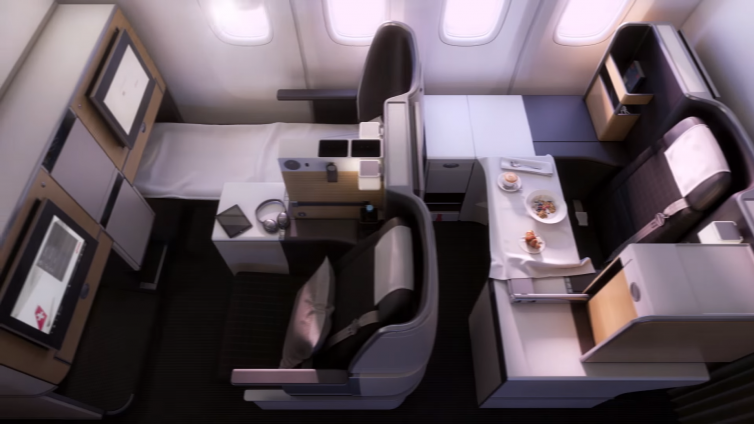 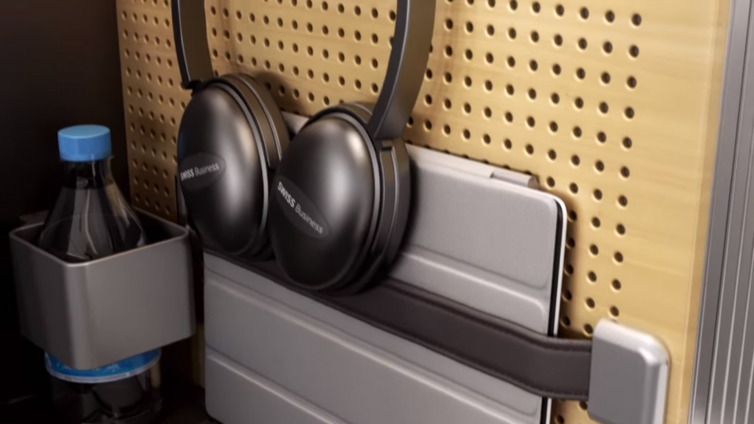 The big drawback in the back of the plane? Economy seating goes from nine- to ten-across, in a 3-4-3 configuration. 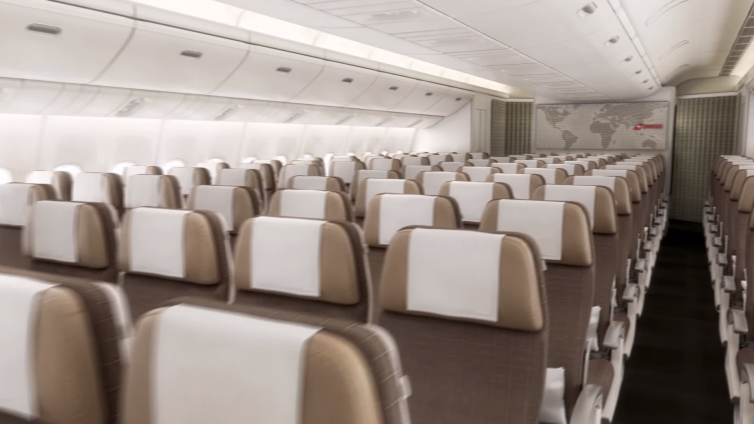 The new economy class cabin on the Swiss 777-300ER. Note the ten-across configuration. 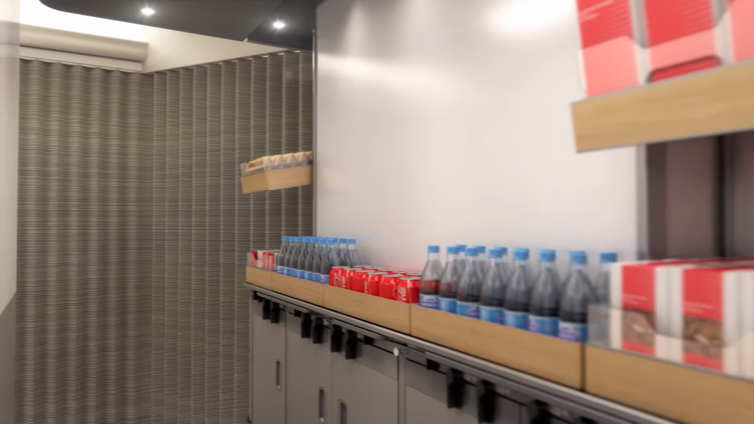 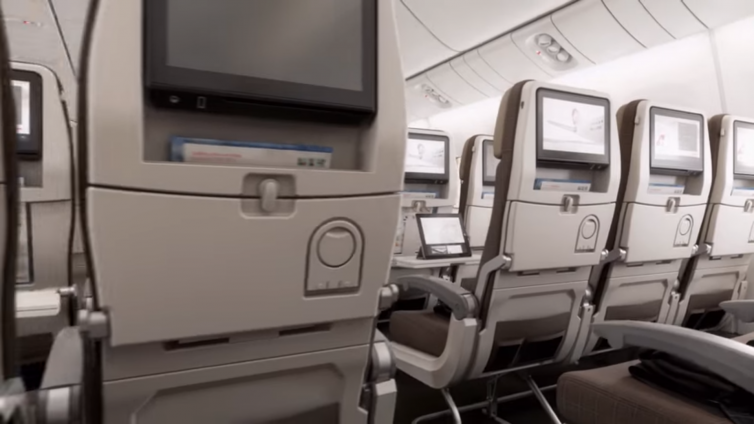 Swiss released a slick video to highlight their new flagship, which will also have WiFi access available.

Swiss’s passengers will surely welcome the improved experience, at least those fortunate enough to fly one of the destinations served by the 777-300ER.
#PaxEx777-300ER77WBoeingCabinsFlagshipInteriorSwiss

These business class/first class cabins. . .if you’re traveling on business, you’ll feel right at home: feels like an office with all those workpod-like seats. Might as well give passengers headset phones and have em get some telemarketing time in while they’re traveling. . . .