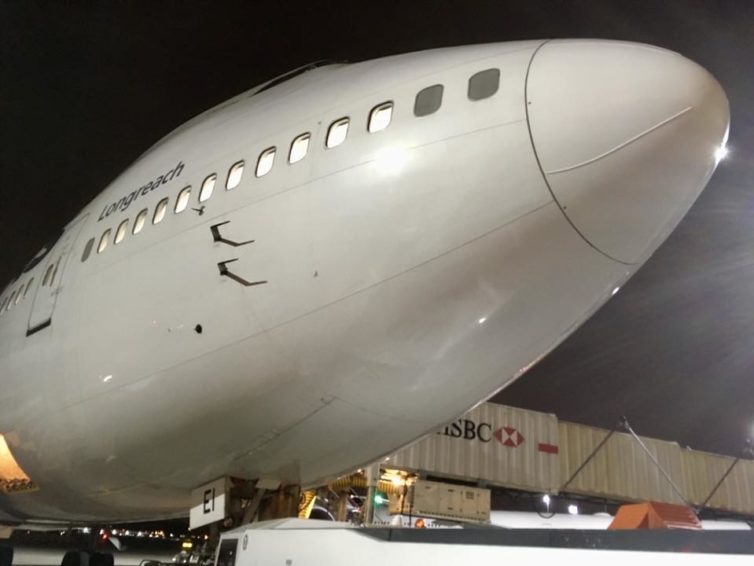 The second best seats are in the nose – Photo: Owen Zupp

Personally, I had never intended to fly internationally â€“ let alone on the 747. I had only ever wanted to be a domestic airline pilot and fly short-haul routes in something like a 737. In fact, not long before I started training on the 747, I parked at Darwin after a 5-hour flight in the Baby Boeing and wondered how the long haul pilots did it â€“ sitting up all night, dragging their butts across the Pacific. And then Ansett collapsed, and I found myself in that very role. That being said, the â€œQueen of the Skiesâ€, literally took me to places that I could only ever have dreamed of in my two stints on her flight deck.

Iâ€™ve flown the corridor through Afghanistan as the war raged beneath, liaising with US military’s “Early Warning” aircraft and their operator with the long Texan drawl. Iâ€™ve descended over the English Channel in the pre-dawn darkness having crossed Western Europe. As we slid past the Thames, I couldnâ€™t help but think of the young bomber crews limping home through the same airspace in the dark days of World War Two. East of Honolulu, Iâ€™ve witnessed a rocket launch from Vandenburg and south of 60 degrees, marveled at the â€œmagnificent desolationâ€ of Antarctica.

On the ground, I have regularly cycled the Golden Gate Bridge and swum in the waters of Waikiki. Alcatraz, the Statue of Liberty, the Tower of London, the Japanese Imperial Palace and every type of museum you can imagine. I have lunched by the Rhine River in Germany and dined at Sunset as the collection of rare, antique aircraft swept past to orchestral accompaniment at Old Warden in the UK. I have flown over Pearl Harbor in a warbird and hovered over San Francisco in a helicopter. And I have travelled with Kirrily to many of these destinations. We have watched fireworks burst over San Francisco Bay on New Yearâ€™s Eve and stayed in a 13th Century German castle. We have landed on lakes and traversed a small glacier near Vancouver and taken in the view from Diamond Head.

In a way that I never could have imagined, flying the Boeing 747 has made my lifeâ€™s journey so rich. The memories that have been created through the sights, the places and the people are so many that I strain to squeeze in even a small portion into these words.

So, if the Boeing 747 has indeed flown its last flight as the â€œQueen of the Skiesâ€ for QANTAS, then a chapter of our lives has certainly closed and Kirrily and I will find ourselves once again looking to the future and a new aircraft. However, wherever we finally land, our memories of the 747 and what it brought to our lives will be with us forever. 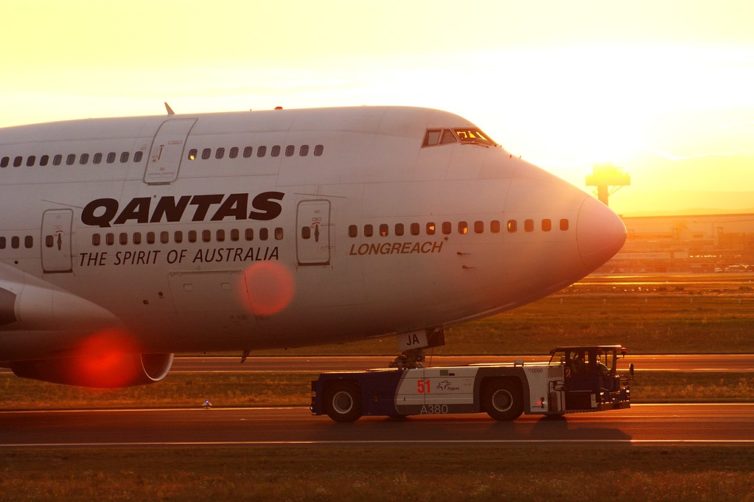 Longreach, a Qantas 747-400 gets towed into the sunset – Photo: Neuwieser | FlickrCC

I flew her for 3 years internationally. The best thing Boeing ever did was to build that beauty. You had to fly her to know her. Just an oversized Piper Cub….