As the main international gateway for America’s capital, Washington Dulles is served by a ton of foreign carriers. Many offer lounges for their premium cabin passengers, and a few of them are part of the global Priority Pass network. Dulles’ slice of that network got a new addition last year: the Turkish Airlines lounge, which opened in 2016.

I’ve visited Turkish Airlines’ insane flagship lounge at its hub in Istanbul; definitely check out that story, if you haven’t already. While its Dulles lounge obviously can’t compare in terms of size or perks, it’s still solidly above average for airport lounges in the U.S. The food scene is solid, there are showers for travelers looking to freshen up, there are great views of the ramp, and the decor is pretty stylish. However, the crowd factor can be very high. But even so, it does well enough overall to get a thumbs up from me.

Read on for our detailed take on Turkish Airlines’ Washington D.C. lounge. 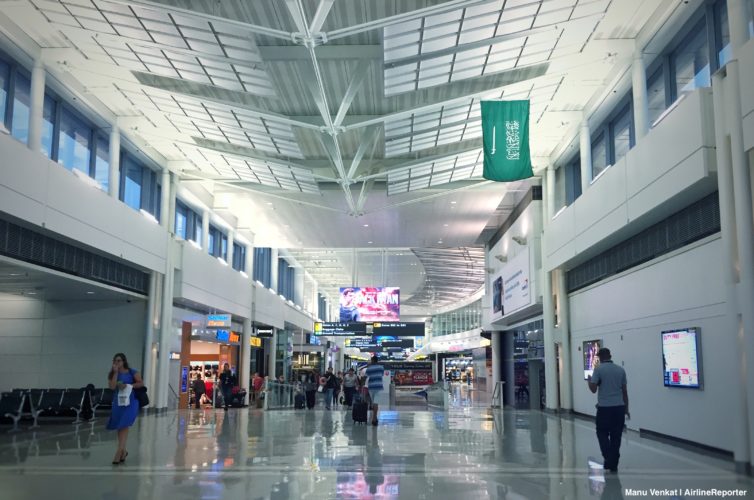 The Turkish Airlines sense of style — with intricate geometric patterns and warm tones — comes through clearly as early as the front door. 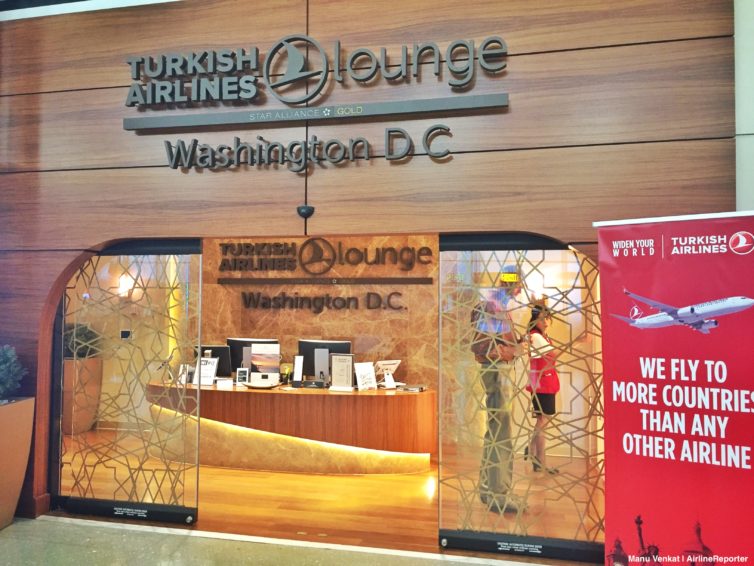 After entering, you hit the lounge’s dining and primary seating area. The furniture was nothing to write home about, but I thought the stone countertops and tasteful lighting gave the place a stylish appearance. 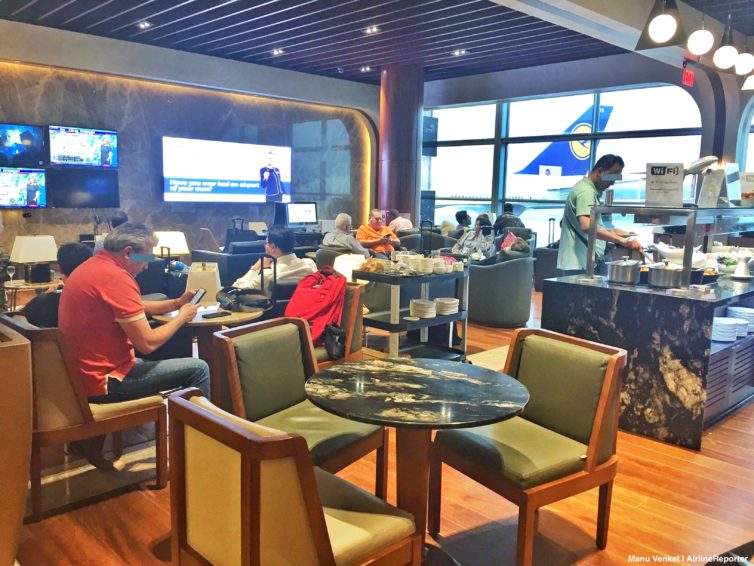 Walk through a narrow corridor along the windows and you reach the lounge’s other main seating area. 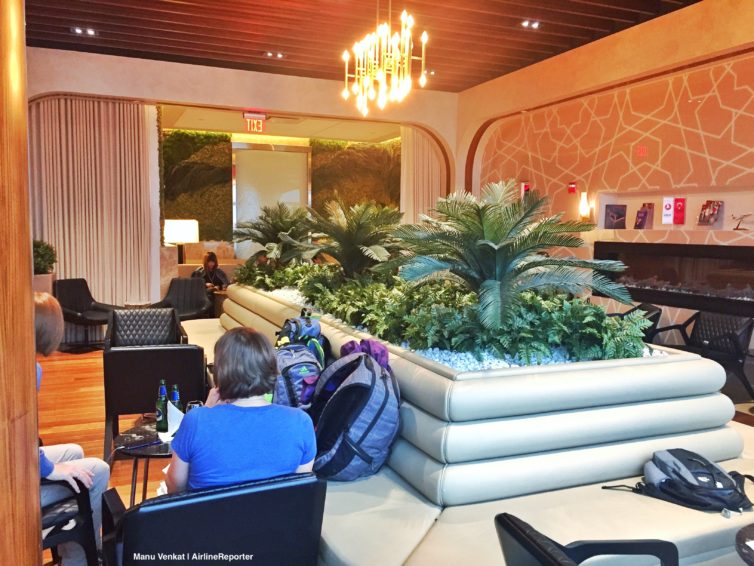 I noticed a set of stairs behind some curtains. It wasn’t immediately clear to me what was upstairs, but I took a look. 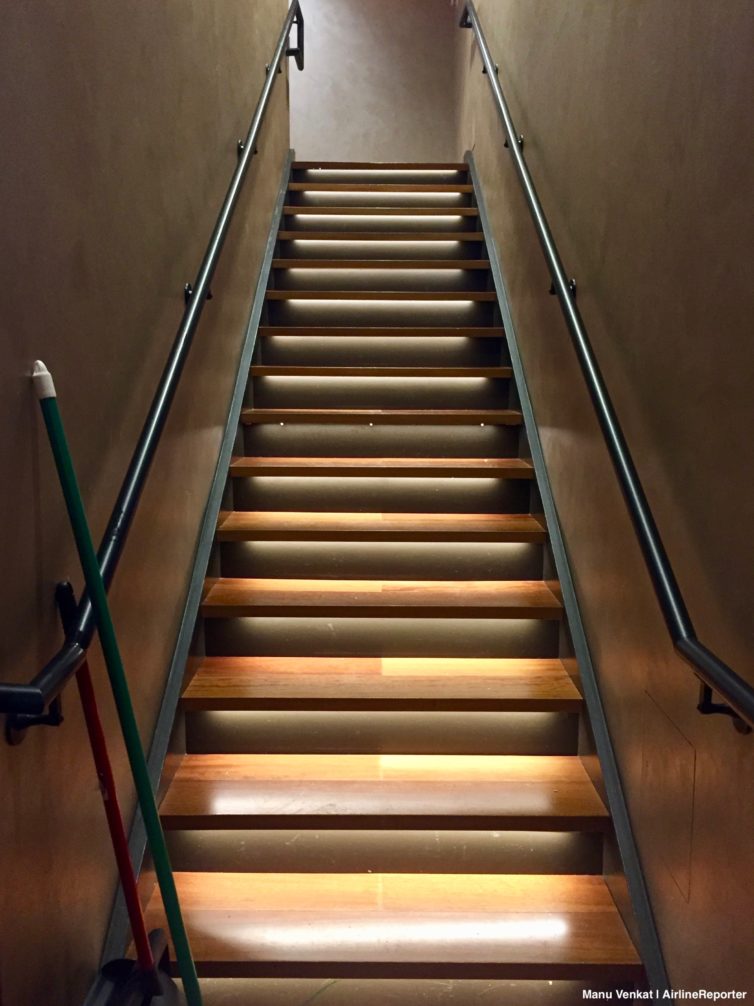 I found a cozy room with a table, a couch, and some assorted seating. If you’re struggling with crowds on the main level, this hideout may offer a bit more peace and quiet. Though I imagine it may be used as a VIP area every once in a while. 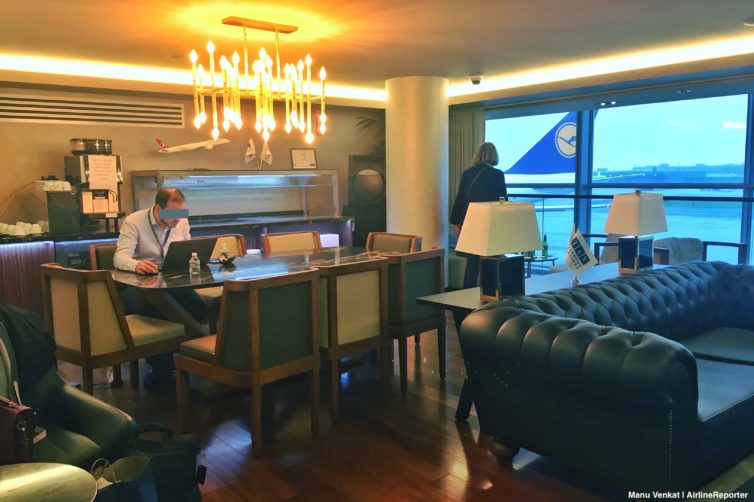 Both upstairs and downstairs, you can find plenty of great views of the ramp thanks to floor-to-ceiling windows. 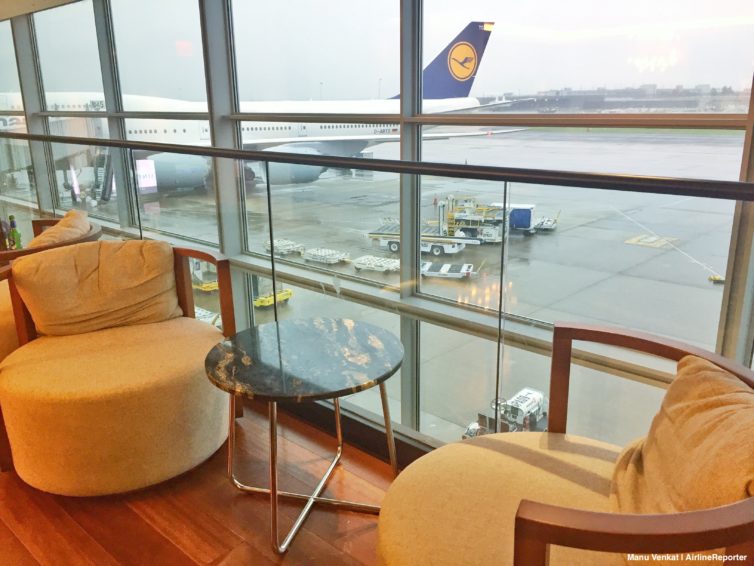 On a counter upstairs I found a model of the airline’s long-haul flagship, the Boeing 777-300ER.

Back downstairs, I took a look at the food options. There was a second 777 model sitting on top of the self-serve food station. 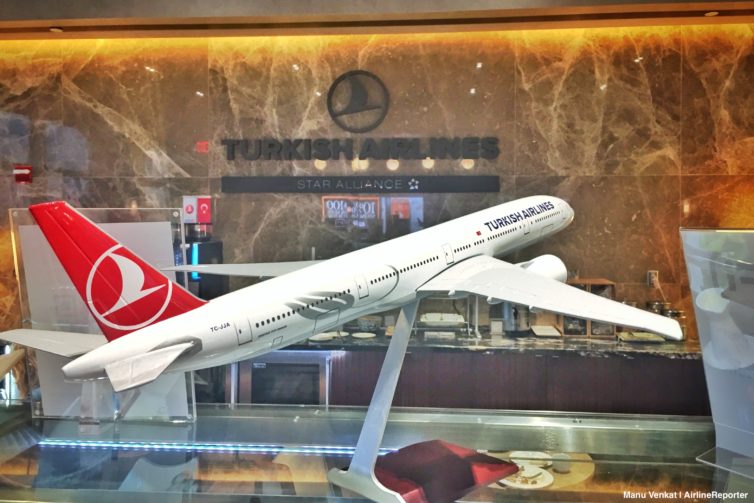 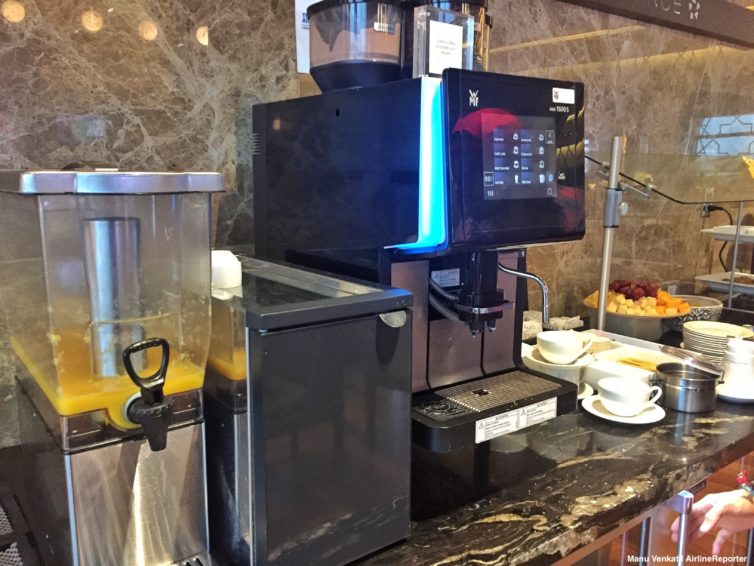 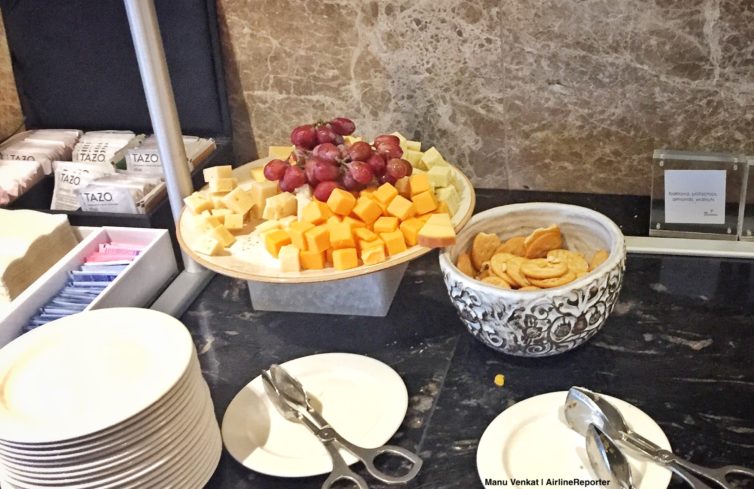 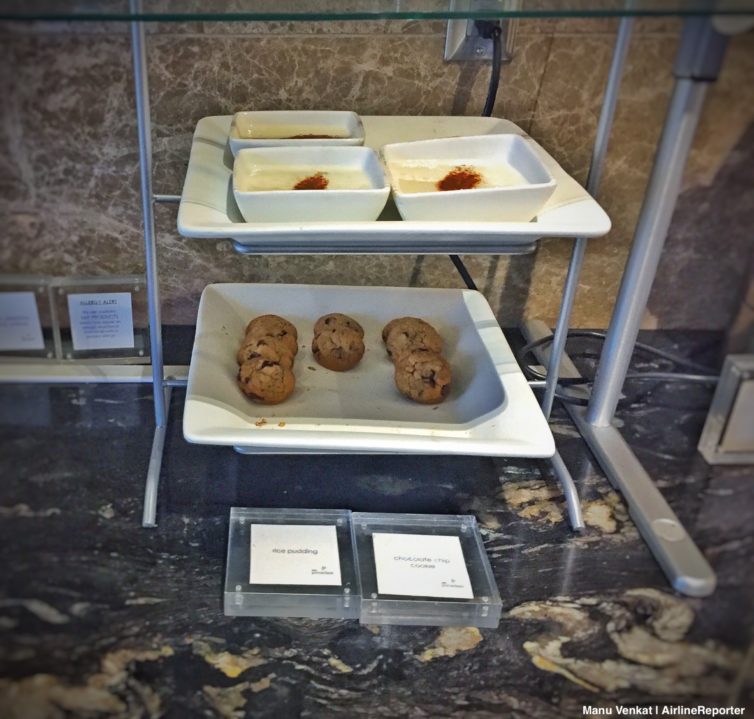 BONUS: A Morning Visit to United’s Polaris Lounge at Newark

There was a small buffet of heartier fare in addition to the snacky stuff. I tried some Mediterranean chicken, pasta, and rice to start. 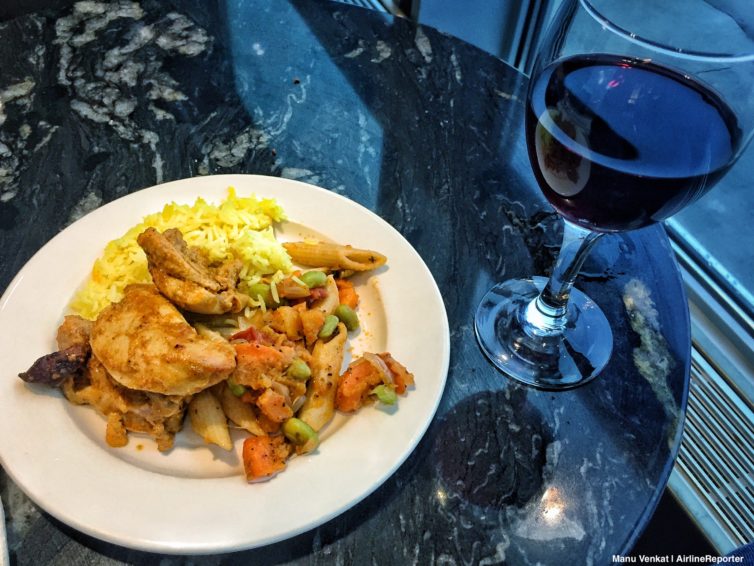 And I followed it up with some couscous and other grains, along with some rice pudding. 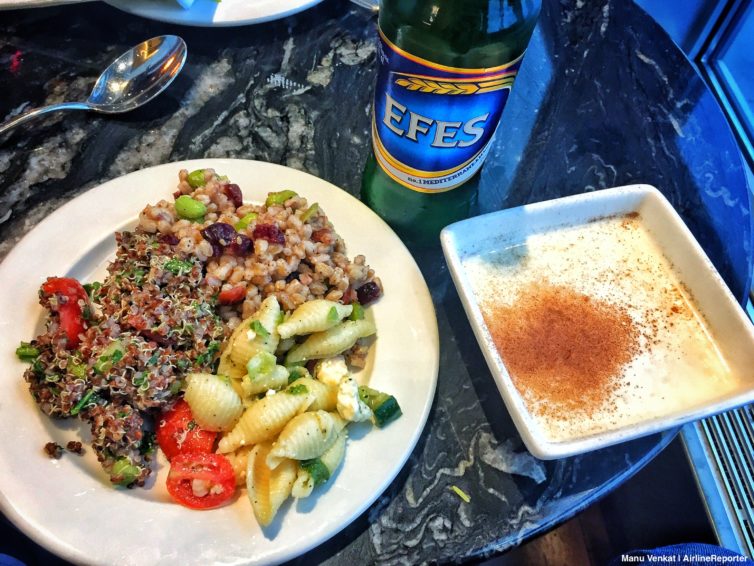 The food was good, though no particular dish blew me away.

The bar is located in the second seating area. 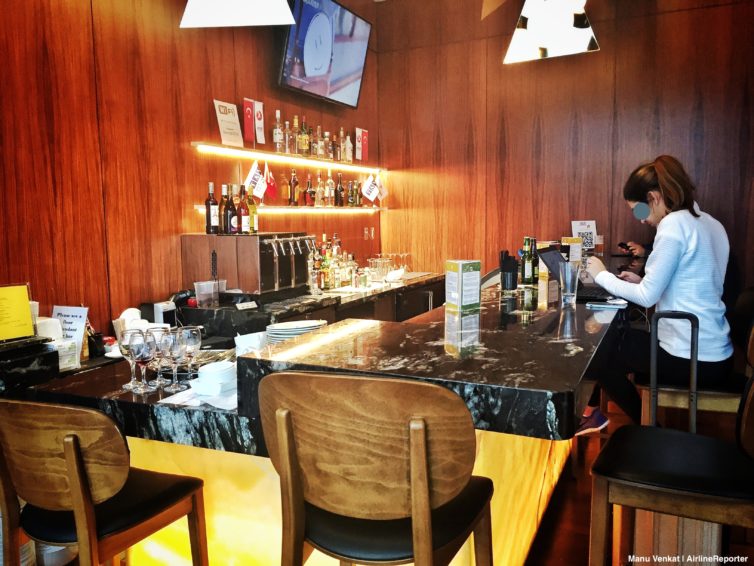 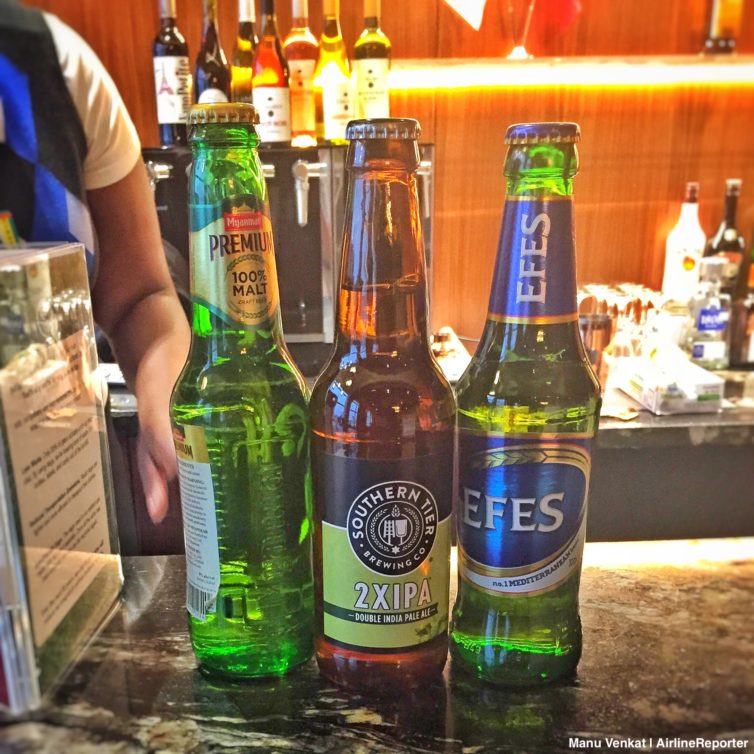 There were a few different reds and whites available on the house. 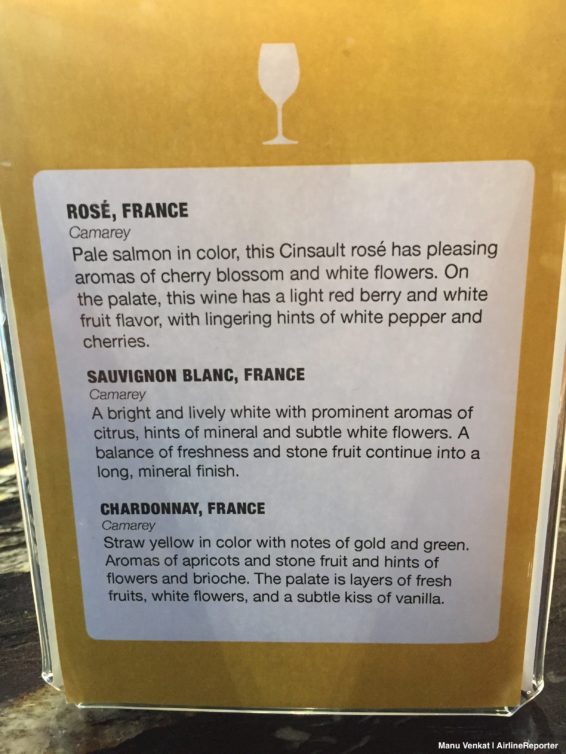 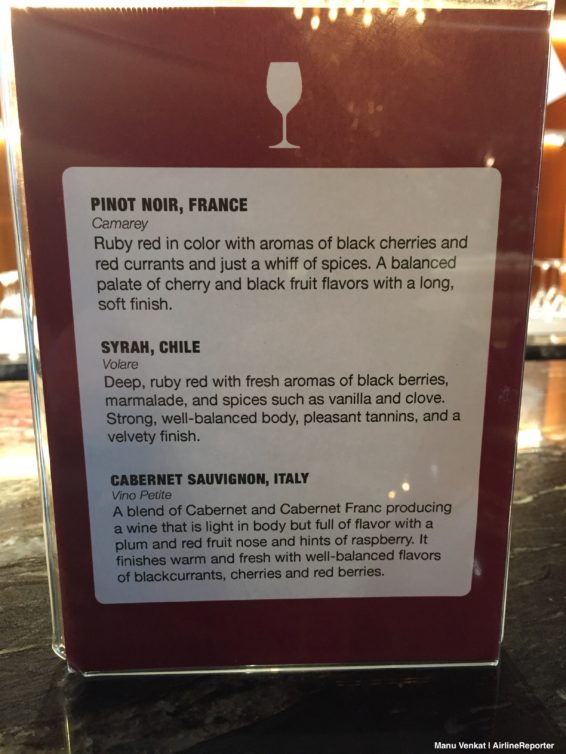 From a health perspective it’s advisable to avoid alcohol before a flight (disclosure: I rarely follow my own advice). Anyways there’s soft drinks and water available here too. 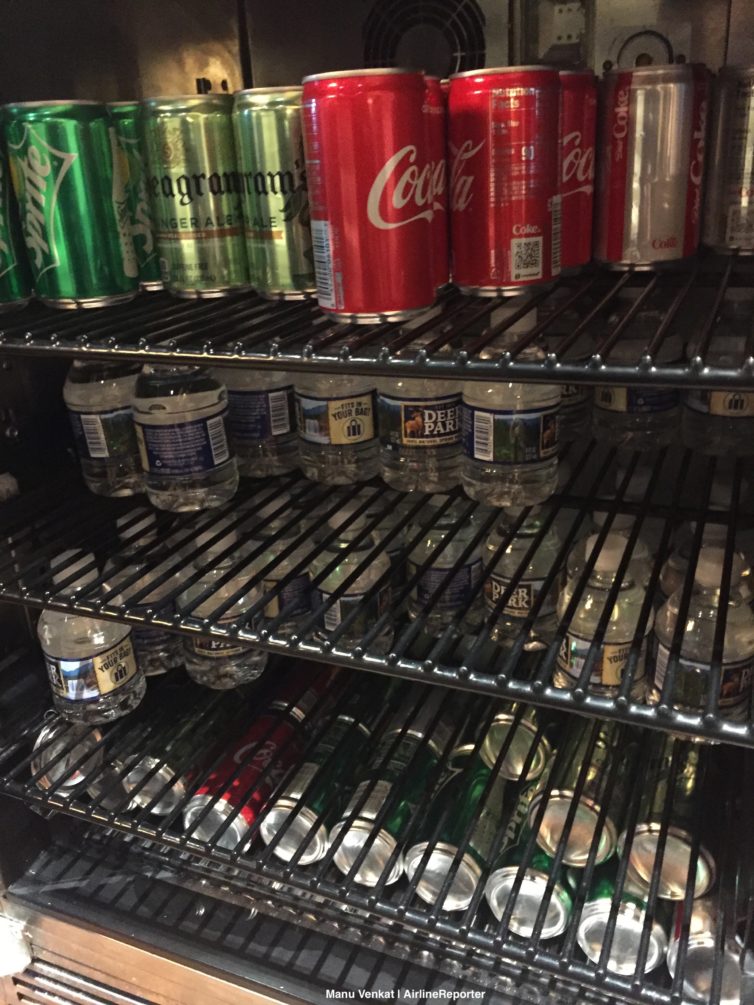 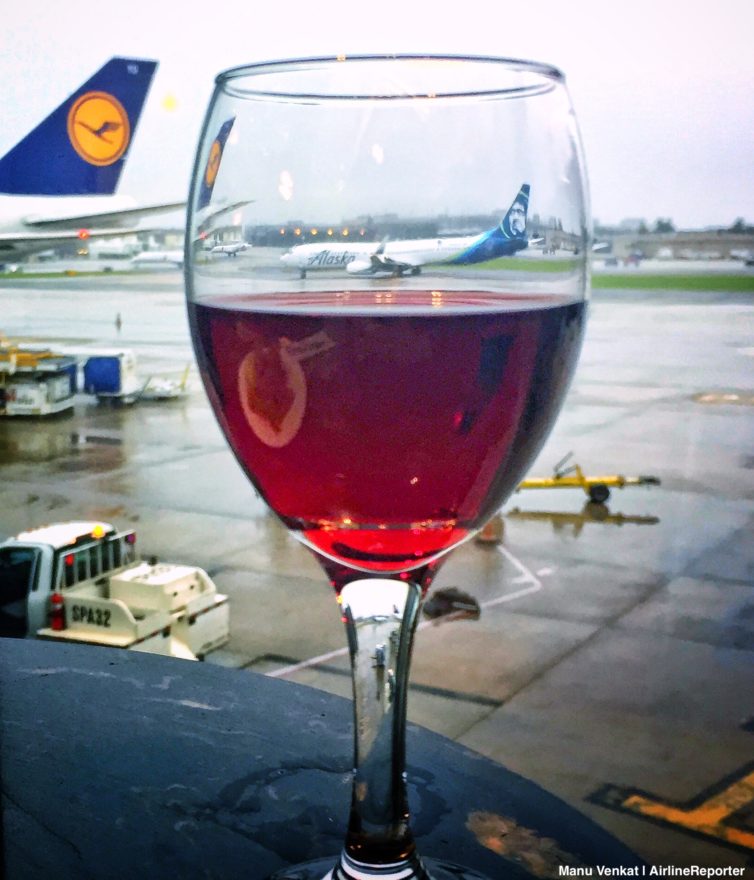 I spent some time looking at the long-haul aircraft operations happening just outside the window. You can’t really see the active runways from the lounge, but there’s still plenty of interesting stuff to watch, like this Brussels Airlines A330. 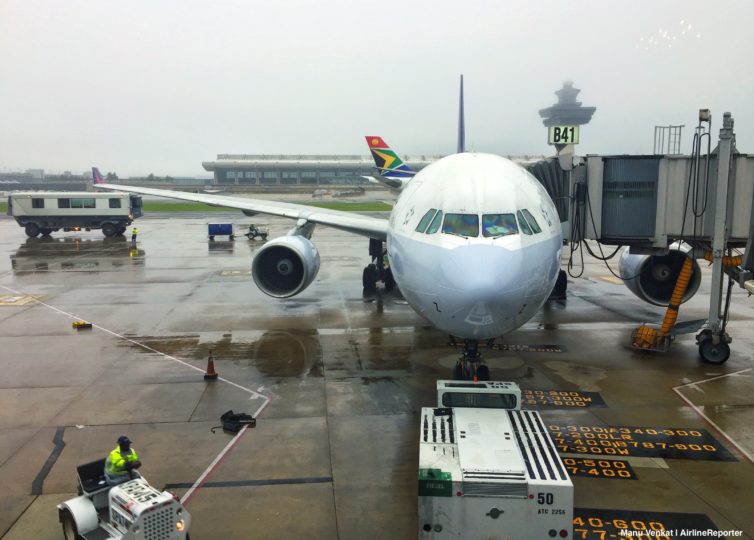 The lounge has a set of single-occupancy bathrooms. The fixtures were in good shape but the room was in need of a bit of a cleaning when I dropped by. 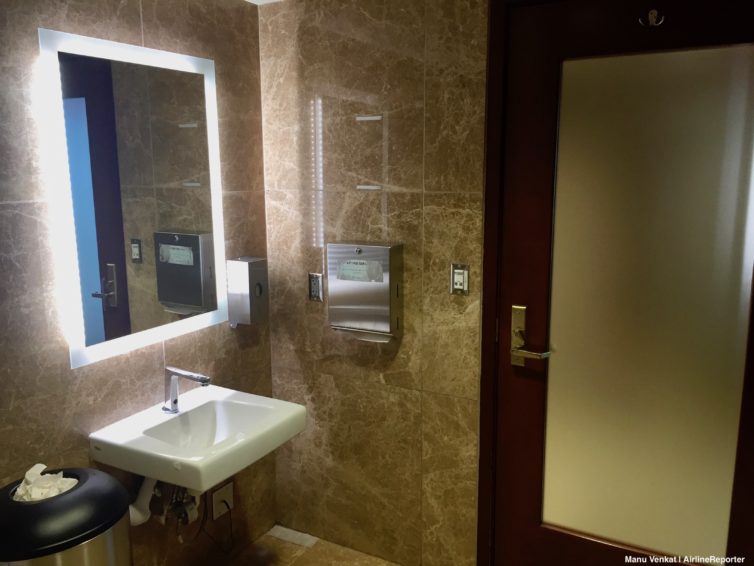 Though I didn’t take advantage of the shower, it’s there if you need it. I never saw anyone using it. 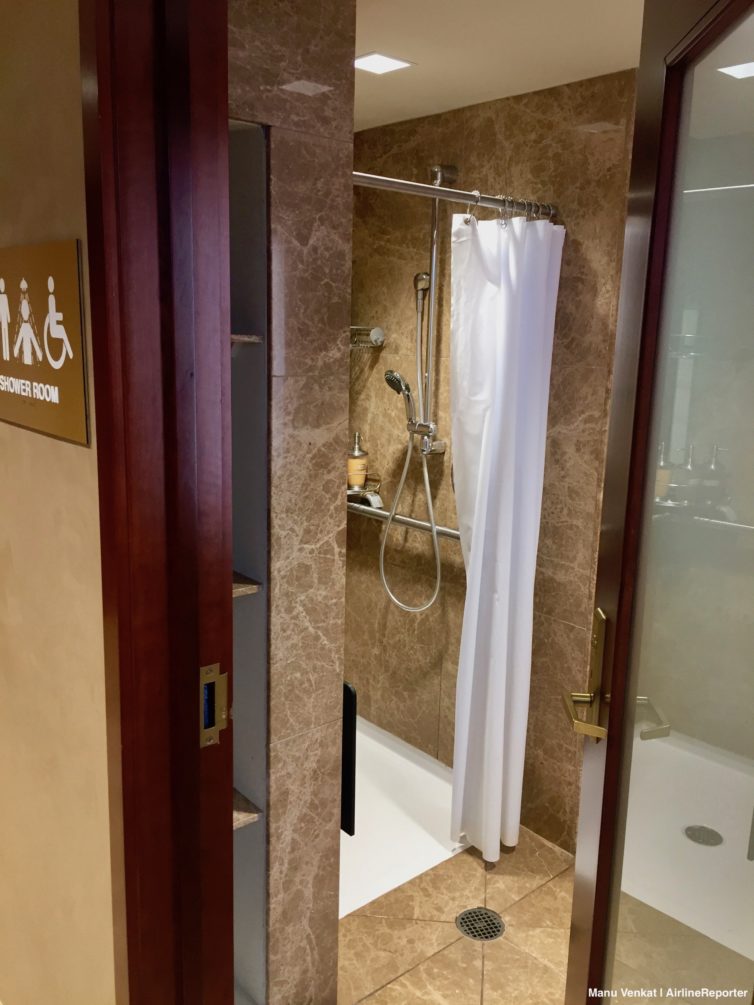 All in all, the Turkish Airlines lounge at Dulles is a great place to kill some time. And while I didn’t drop by any other lounges during this visit, the opinions online suggest that the Turkish lounge is one of the top Priority Pass options at Dulles. I wouldn’t go out of my way to get to the airport very early just to spend extra time at this lounge. But I’d get there early enough to grab a light meal and a drink.

Here’s a quick recap of the pros and cons: 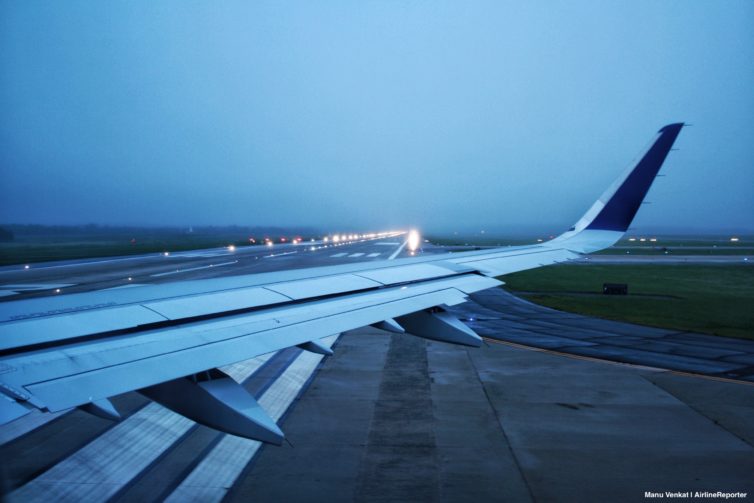 Now it’s time for us to hear from you. Have you been to this lounge, or any other lounges in Turkish Airlines’ network? Share your thoughts in the comments section below.

https://www.airlinereporter.com
Sweet Photos: Plane Spotting (and more) in Aruba
A Millennial on Joon: Flying “Business Class” on the Airline for Millennials