As part of a recent business trip, I had to make a trip to the Azores. There are a limited number of options for getting out to the island chain in the central Atlantic. As I was coming from Lisbon, I had the option of either taking the low-cost route of Ryanair/easyJet, or full-service options of TAP or SATA (Sociedade Açoriana de Transportes Areos).

What sealed the deal to take SATA over TAP was the fact that my desired flight was to be operated by an Airbus A310 aircraft, (affectionally known as “the football”), a classic airliner that is disappearing from active commercial service. I had never flown on an A310, nor on SATA, so I was looking forward to this trip. 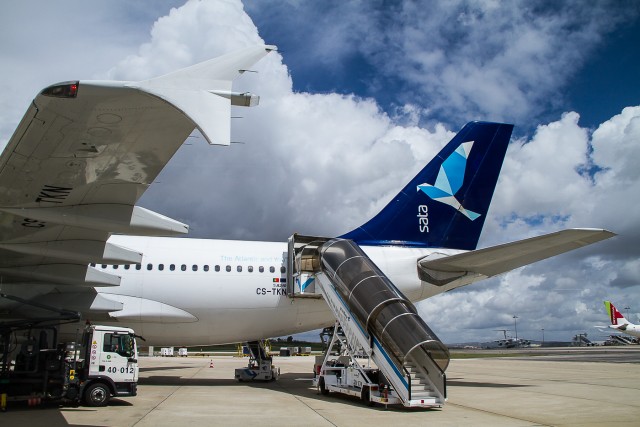 Departure in Lisbon was from Terminal 1. Online check-in is possible with SATA, however as I had a bag to drop off and I wanted a “souvenir” paper boarding pass (something harder to come by these days), I used the classic counter check-in. As my flight was was continuing on to Boston, from Ponta Delgada, the departure was from the non-schengen area of the terminal. This necessitated passing through passport control, and was hassle-free as my boarding pass clearly stated I was disembarking in the Azores and I only needed my ID card.

When ready to board, we boarded a bus and headed out on the ramp. No complaints from me, since I enjoyed the experience of the A310 up-close-and-personal. 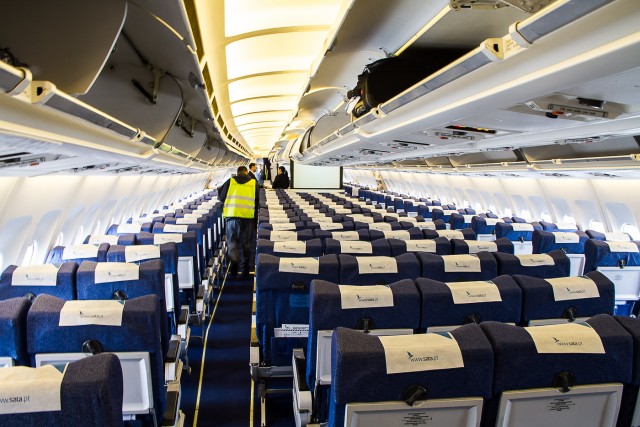 The cabin had a real “retro” feel to it – Photo: Jacob Pfleger | AirlineReporter

Once on-board it was like a blast from the past. The cabin had the typical older aircraft smell and the yellow lighting, as well as the old-style overhead monitors. Once seated, I was very surprised at how tight the legroom was. I guess the new slim-line seats in more modern aircraft make sense for an increase in legroom; but what the seat lacked in legroom it made up for in padding. That is something that is greatly lacking in the new slim-line generation of seats. 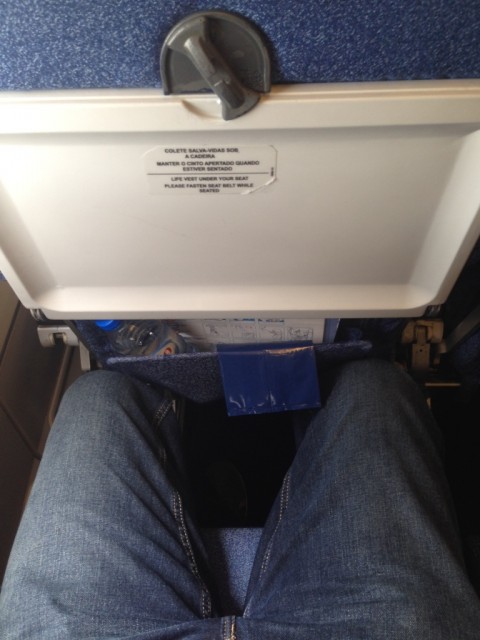 Legroom was rather tight on the “football” – Photo: Jacob Pfleger | AirlineReporter

As these were really the older-generation seats, my legroom was further encroached upon when the person in from decided to deeply recline their seat; I would not want to be on this aircraft all the way to Boston! 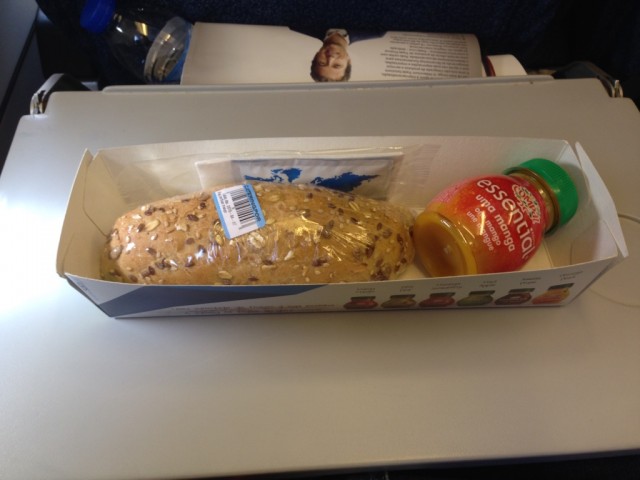 A simple but sufficient snack on the two-hour flight – Photo: Jacob Pfleger | AirlineReporter

In-flight service consisted of a sandwich as well as a bottle of juice. Standard non-alcoholic hot and cold beverages were on offer, as well as some local Azorean soft drinks. One of my favorite things to do when I am traveling on an new airline is to try the local beverages on offer. In this case, the local beverage offered was Kima – this is a soft drink made from passionfruit juice; I am a huge fan of passionfruit so I was very happy with this choice.

IFE on the two-hour over-water flight consisted of my iPhone. The overhead screens did run some loop video promoting tourism in the Azores but as there were no headphones provided it was not possible to listen in (I am not sure if the next flight to Boston has headphones or a greater selection of movies on offer). 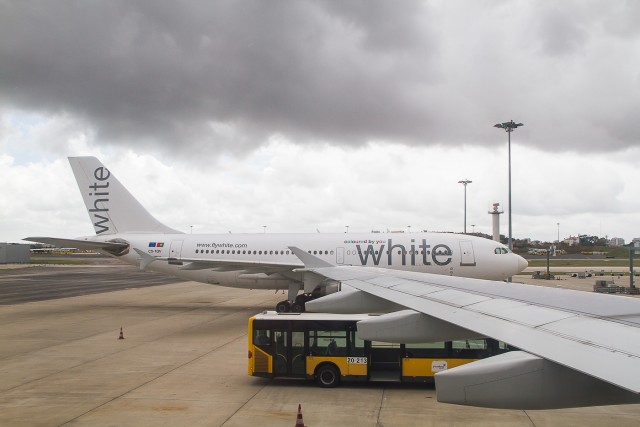 Lisbon really is a hub for passenger versions of the A310, but for how long? – Photo: Jacob Pfleger | AirlineReporter

The crew on the flight were very genuine and service-focused. I felt that they delivered the spirit of the Azores; in fact, everyone that I came across on this trip was very warm and welcoming toward foreigners — something that is at times hard to come by in Europe. 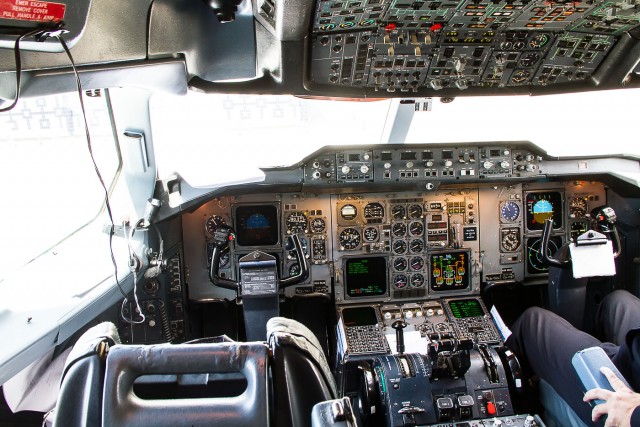 Disembarking in Ponta Delgada was again via stairs, but not before I got a chance to visit the flight deck of the lovely aircraft. It was nice to see an Airbus cockpit with the classic yoke in place of the side-stick, as well as numerous analog instruments.

Overall, SATA was on-par with other European airlines, albeit that the cabin of the aircraft was definitely showing its age. Despite the aging cabin, I was still happy to get to fly on one of the last few remaining classic Airbus A310s in passenger service today. 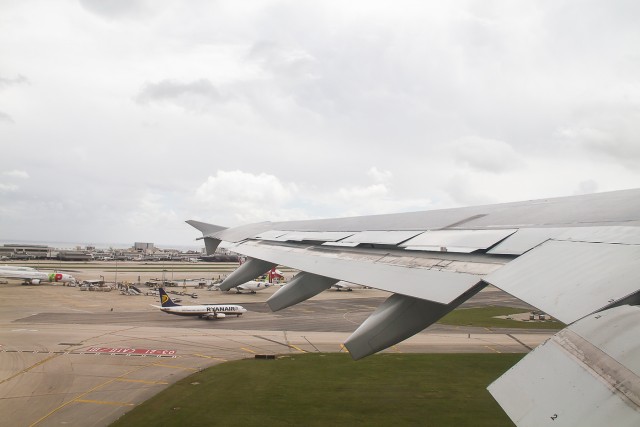 Sadly, views like this will become a thing of the past soon – Photo: Jacob Pfleger | AirlineReporter

The A310’s service life in SATA is slowly coming to an end. In 2017, SATA will begin replacing the A310 with more modern A330 aircraft. Whilst this fleet upgrade will be welcomed for passengers and the airline alike, with increased capacity, fuel efficiency, and on-board comfort, it will be one less classic aircraft in the skies which AvGeeks will be able to enjoy.

https://www.airlinereporter.com
Avatar Airlines: Act Now Before the FTC Does Them In!
Debunking Some Myths About Ramp Life
7 Comments

Cool that you got to fly on a classic. I think it might be fun to go totally retro like you did with the old school interior, but bummer to hear about the legroom. Seat width looked generous though?

Thanks for the fun post, Jacob. Ha! I’ve generally been aware that AB made a jet or two with standard control columns, but never gave it much thought. Likewise, I’m not sure that I’ve ever seen an A310 and I know that I’ve never ridden one. (Are/were any ever operated by U.S. carriers?) And the cockpit displays are amusing; multiple ‘steam gauges,’ enhanced by others of the ‘glass’ type. Thanks for the fun report.
-C.

Actually Pan Am and Delta both rocked the A310 for a while.

I haven’t flown on one either (at least that I remember). Maybe never will be able to. Cook — what is the one aircraft you have not flown on, but want to?

Great trip. Did that too in 2011. I still remember the strange toasted sandwich filled with beef goo and The Yellow Sauce, but also a crew that went out of their way to make travelling with a tired toddler more comfortable.

Good old SATA! Imagine flying SATA out of Oakland, Ca to Terceira Azores with all that leg room! OMG!!

I did the same in December 2015. My experience was almost exactly the same. It was great. Before boarding in Lisbon, I wondered looking out of the terminal, why SATA had parked an obviously old A310 with the old livery in a remote area of LIS airport. I expected the plane waiting there to be sold to a third world airline or to be crapped. Then I was quite surprised, that our bus put us directly to that A310, on which we flew to PDL. I didn’t know they were still operating the plane with that oldschool livery.