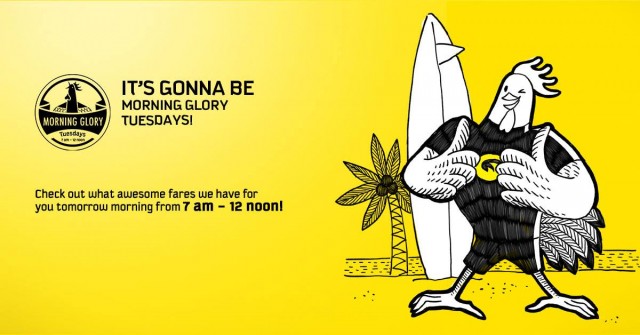 Both carriers have taken black and yellow advertising to a new level only attained by taxis. But are they really all that similar? Yes and no.

Spirit goes full on with their black and yellow livery, where Scoot is a bit more conservative with lots of white.Â Close, yes, but lots of airlines arenâ€™t that different from one another (euro-white anybody?).

Where the twoÂ really overlap is in their creative online advertisements, which somehow remind me of the Community Chest cards in Monopoly. 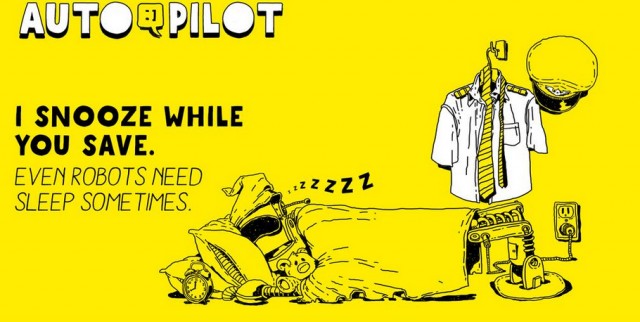 Don’t believe me? Watch this video where ScootÂ explains the similarities.

In that video, you may notice that Mr. Wilson asks Spirit for a response. Well, being the diligent organization we are (and those who do not mind instigating a fun fight between airlines) – we asked.

“We think itâ€™s fun and the type of provocative stunt weâ€™d pull to get attention,” Paul Berry, Spirit Airlines spokesmanÂ explained to AirlineReporter. “While there are similarities, our brand and concepts were developed independently.Â  Weâ€™re glad we found our doppelgÃ¤nger, however, that shares our approach to saving customers money on air travel.Â  High five, Scoot.” 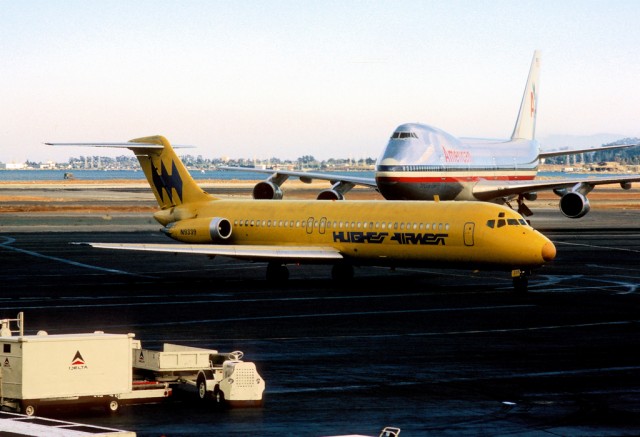 Although Spirit and Scoot are rocking the yellow, Hughes Airwest did it years ago – Photo: Aero Icarus | Flickr CC

High five indeed. The ploy worked. We wrote a story about it, helping to promote both brands. Â Free publicity, taken from the playbook of Ryanair. But if we all get a little entertainment from it, why not?
AdvertisingAirline battleColorsMarketingScootSpirit

Well, if Spirit is copying a livery, it sure isn’t Scoot 🙂

Northeast Airlines’ use of yellow on its ’60s-era “Yellowbirds” predate even the Airwest scheme by a few years (even though they were technically yellow and white)!

Don’t forget the Northeast yellowbirds of the late 1960’s along the east coast of US.

YES I DO REMBER HLX AND THERE YELLOW CABS..
YOU KNOW TIME FOR THE SPRAY GUN AGAIN I SEE…LOL