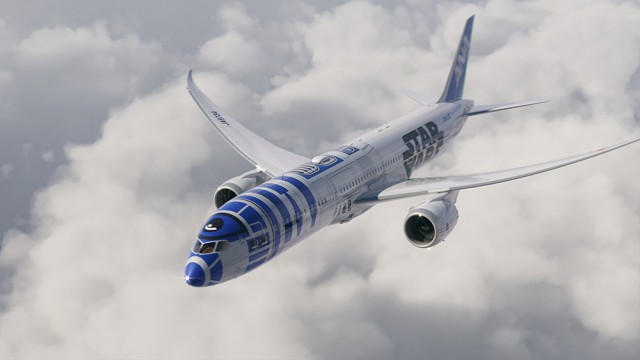 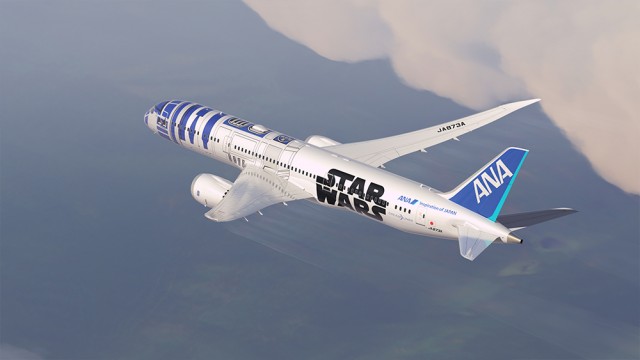 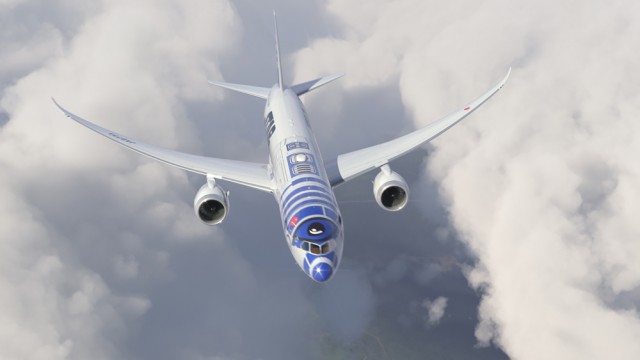 “We’re excited to be involved in this collaboration with ANA, one of the world’s leading 5-star airlines,’ said Kayleen Walters, Vice President, Marketing for Lucasfilm Ltd. ’œWe’re proud of the innovative R2-D2 design, and we look forward to witnessing the first-ever flight of a passenger aircraft featuring a Star Wars character. We’re confident that Star Wars fans around the world will absolutely love this design.” 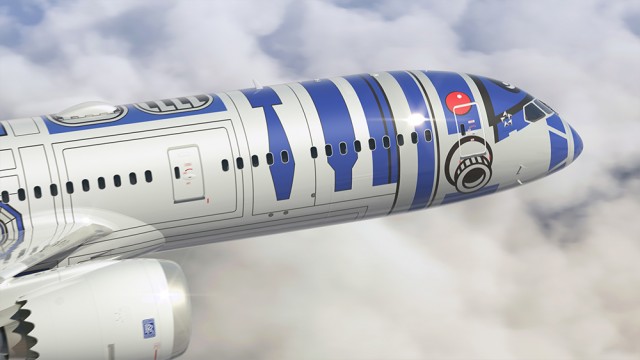 “Through the introduction of the new Star Wars livery we hope to welcome more passengers from around the world to experience ANA as the Inspiration of Japan,” Shiki continued. 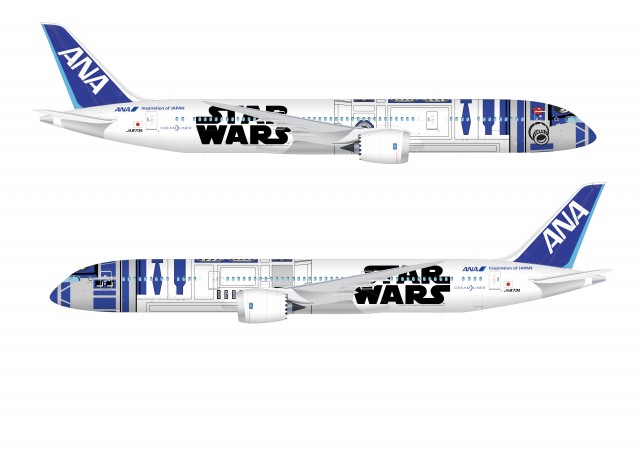 Isn’t this the most amazing thing ever? Image – ANA

We know we are excited to see this in person!

My favorite part of the video is how it shows the incredible amount of wing flex. Yes, that’s even better than the Star Wars livery! (And I say that as a guy who used to run for the TV when I was little* any time I heard the Fox fanfare – I thought it meant Star Wars was starting.)

Actually, I prefer Close Encounters of the Third kind

Especially the Railroad Signal scene at the railroad tracks, shaking back & forth, put that on the side of a plane ??

As awesome as this is, the “Breaking the Internet” term needs to come to an end. It was ruined by Kim Fata$$ Kardashian and hasn’t been the same since. When Doctor Who or Sherlock nerds overpost on Tumblr after an episode airs that results in the servers melting, that’s breaking one website. A post going viral doesn’t break anythink.

I think this might be the first time that the Kardashians have been mentioned on AirlineReporter. If that doesn’t mean the internet is broken — I don’t know what does!

I know we used the term in an attempt to be a bit humorous, but didn’t realize the science behind it!