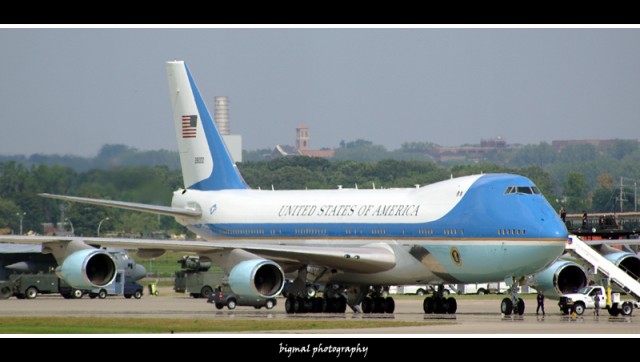 The Boeing VC-25A is the current aircraft used to fly the President of the United States. Â Seen here on the ground in Minneapolis.

The decision to use the Boeing 747-8 as the base aircraft for the new transport has discussed quite a bit, with plenty of media stories dating back as far as 2009 (which is where that image at the lead of the article comes from). Â Ever since the inception of the 747-8, I think most people have anticipated that this aircraft would become the replacement. Â Although there may have been some competition with the Airbus A380, ultimately there was none,Â as Airbus did not even submit an entry. Â The likelihood that Airbus would have been selected is slim to fly the American president around the world. This was emphasized in a statementÂ released by Secretary of the Air Force Deborah Lee James:

â€œThe Boeing 747-8 is the only aircraft manufactured in the United States (that), when fully missionized, meets the necessary capabilities established to execute the presidential support mission, while reflecting the office of the president of the United States of America consistent with the national public interest.â€

From that clear sentence it shows that even if Airbus had been a superior choice in the market for the replacement, they would not be considered. Â So all taxpayers can thank Airbus for not submitting and causing another KC-46A boondoggle. Â But this announcement is only for the baseline aircraft. Â Letâ€™s take another look at that USAF press release:

Â â€œWe are committed to incorporating competition for subsystems of the missionized aircraft as much as practicable, and will participate substantively in any competitions led by the prime contractor,â€ James said.

To translate that sentence, it means that the systems and fit-out of the aircraft itself have not yet been decided; they will still be open to competition (though we all know this will more than likely go to Boeing). Â What it means at the moment is that Boeing will deliver three 747-8 VIP aircraft off the Everett factory line, and they will eventually make up the Presidential Airlift Group of the 89th Airlift Wing. Â Those new 747-8s wonâ€™t have a President onboard, though, untilÂ fiscal year 2023; yep, eight years away! Â Gotta love those defense procurement timelines. 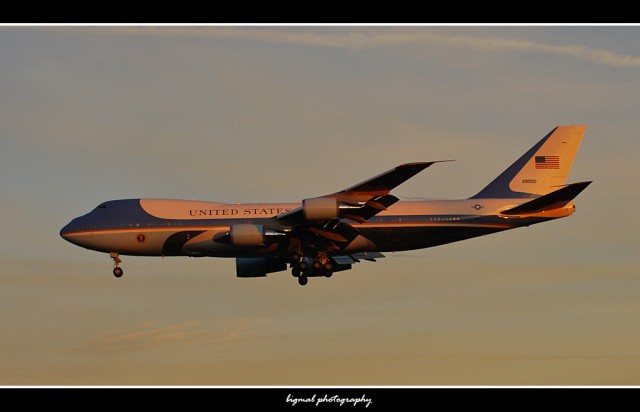 Air Force One arriving into SeaTac on a lovely winter evening

The aircraft is still years away from being fully designed and certified; it doesn’t even have a USAF designation yet (like VC-25A, for it’s predecessor). Â The aircraft will be heavily modified to fulfill the requirements of not only the Air Force but also the U.S. Secret Service. Â It will be customize inside-and-out, as well (I wonder where Boeing is going to put that in-flight refueling receptacle?) and will be fitted out with plenty of toys for the operators onboard. 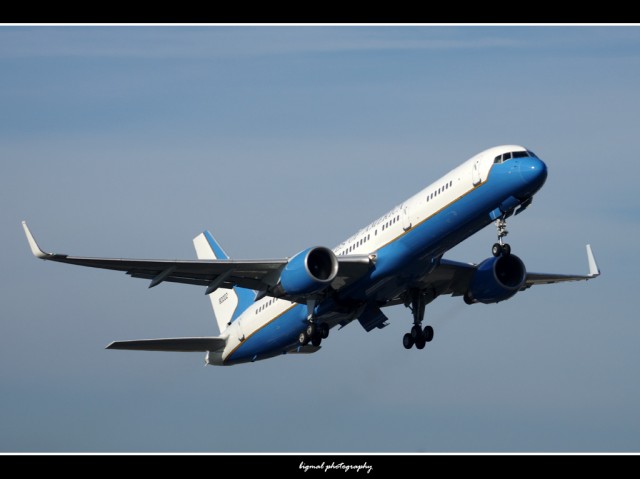 The aging C-32A, based on the 757, is used to ferry around the Vice President and senior cabinet officials, such as the Secretary of State, and had a few issues in 2014 that caused its passengers to have to fly commercial.

With the VC-25A replacement decided on, where do we headÂ now for replacement of the other USAF VIP aircraft? Â Next on the list should be the C-32A, which is based on the Boeing 757. Â These aircraft are often used to fly around the Vice President and in 2014, the aircraft got a lot of bad publicity whenÂ it had numerous maintenance issues, causing Secretary of State John KerryÂ to fly commercial when the aircraft couldn’t do its job.

With no real US-based replacement for the 757 on the horizon, is it time to look for something that might fit the mission off the shelf? Â Perhaps one of the “Terrible Teen” 787s that are sitting up on the ramp at Everett and waiting to be purchased would be a good choice? These aircraft are some that Boeing can barely give away and I am sure the USAF could get a real bargain for a couple of these, although in today’s earnings call, Boeing suggested a few of them would be delivered this year.

Then again, this probably has as much chance of happening as the A321neoLR being selected. Â With the new Mobile, Alabama facility soon producing these aircraft, perhaps they will get chosen, as being American built? (yes, probably not!) 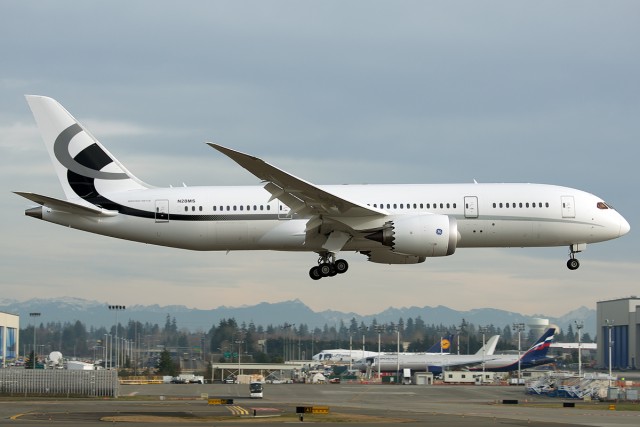 A 787-8 VIP like this one could be the perfect bargain for the US Air Force. Just imagine this plane in Air Force VIP livery – Photo: Bernie Leighton | AirlineReporter

With the Presidential Airlift Group set to launchÂ new aircraft in 2022/23, the VC-25A has to keep on serving the country for another eight years. Â Two presidential terms will still need to be voted on before the new aircraft comes into fleet, and that President, whomever it may be, gets to enjoy the latest that Boeing has to offer right now. Â Hopefully a future president doesn’t delay or cancel the new order.

Gentleman another fine story. Lets hope the USAF chooses the 787 or 777-X for the 757 replacement.

Vice President does not need a plane as big as 777X.

Isn’t the added benefit of the C-32 is that it can operate on short runways. I don’t know if the 787 can match that.

Does the USAF have no plans to replace the E4Bs Nightwatch aircraft with the 747-8 anytime soon?

I asked that question of our team yesterday. Consensus was that those birds could probably be replaced by used 747-400F’s (or BCF’s) on the market.

I take it that we can expect a closure announcement on the 747 line in the next year then if the USAF don’t anticipate the -8 to be available to replace them? I would have thought that if they plan to replace them at later date they would at least by some -8 frames and store them but money is tight now. I don’t think a twin like the 777 would have the electrical generating capacity to replace the E4B.

All that in consideration the likelihood of used 400s being the replacement makes sense. Thanks.

I was thinking, why theC-17 was never considered.