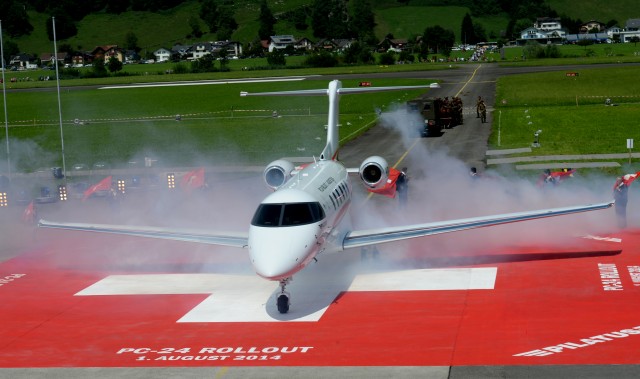 The Pilatus PC-24 rolled out onto a Swiss flag – Photo: Pilatus

On August 1st of this year, Pilatus’ clean-sheet jet aircraft, the PC-24, rolled out of the hangar with a procession of twenty-four horses leading the charge. The horse theme was chosen as this aircraft is being marketed as a “workhorse”. 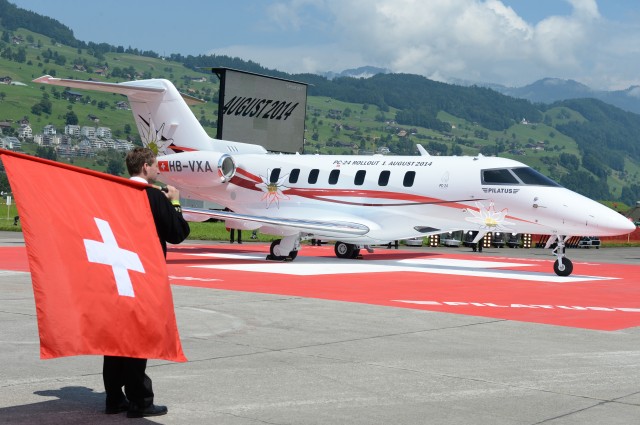 A side view of the Pilatus PC-24 – Photo: Pilatus

The PC-24 may look like a standard medium-light jet (think smaller Cessna Citations if you are unfamiliar with the term), but that is where the similarities end.

Marketed as a “Super Versatile Jet”, the PC-24 is the only medium-light jet aircraft that can do what small turboprops can; for instance, land on unprepared airfields. It is also the only corporate-class aircraft that comes standard with a cargo door. 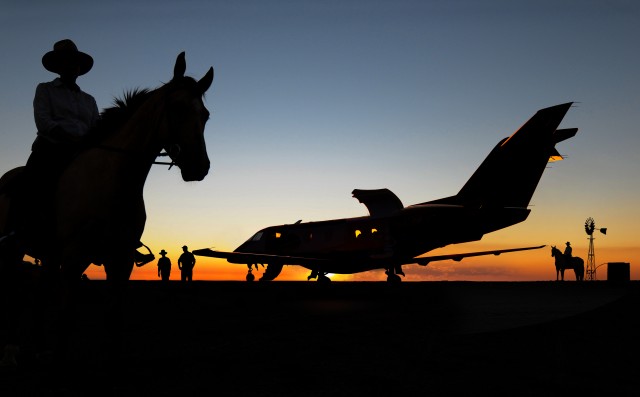 A rendering of the large cargo door being opened at a simulated Australian cattle station – Image: Pilatus

This is an aircraft designed for speed and utility that doesn’t really face any external threats to its direct market.

Yes, as a medium-light jet, it faces pressures from the more established players, but the product differentiation makes this aircraft much more attractive to any turbine operators looking to maintain their operational posture, as well as procure aircraft with the capabilities and speeds only a pure-jet aircraft can provide. 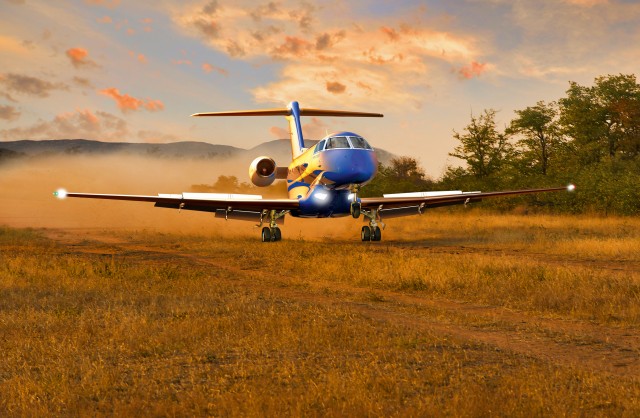 A rendering of a Pilatus PC-24 doing what sets it apart: landing onÂ an improvised field – Image: Pilatus

The aircraft, one of three test frames, is expected to take flight next spring. Deliveries to customers are expected to commence in 2017, following final certification.

https://www.airlinereporter.com
Plane Spotting in Anchorage.. Why Didn’t I Go Sooner?
Tales of an Aircraft Mechanic
6 Comments

Caption for last picture of PC-24 on improvised field indicates “taking off from improvised field”. Is the PC 24 taking off, or is it landing in the rendering? Looks to me like the wing spoilers are up, suggesting it is landing.

Read it again! It says “landing”.

It originally said take off — that is how their media teamed labeled it — but they did it wrong. We updated the story.

In the background, one heck of an attractive neighborhood. Can you image the winter postcards? Cows with neck bells and seriously good cheese. Old and traditional stuff, I know, but the Swiss take it as seriously as they do their aircraft production and (limited) national defense. Only fools underestimate the Swiss and I’m sure that their PC-24 will become a winner, once the ‘unload’ it a bit. IMO, their PC-12 is probably the world’s best single engine turbo prop and they have the engineering talent to make a seriously competitive twin jet. Just my opinion…

I’m guessing mining corporations would be the target client for this jet? As cool as it is to be able to land on improvised fields, that seems to be a feature only a limited number of companies will require…

Congratulations Pilatus, this is an amazing aircraft, I follow your technology and I believe in your projects, the PC24 is like a dream cam true.