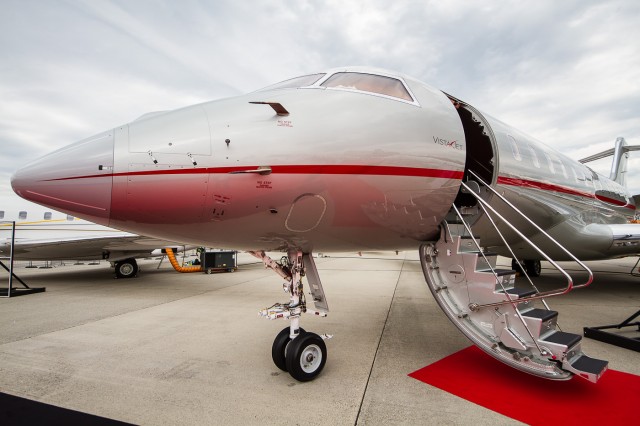 Most of the display aircraft consisted of aircraft for sale or charter such as this Vistajet Global 6000 Photo: Jacob Pfleger | AirlineReporter

Unlike most BBJ’s in service, the Royal Jet BBJ showcased at EBACE 2014 was in a “high-density” BBJ configuration. Â The capacity isÂ 42 seats, which is unusual, as generally most BBJ’s I’ve viewed (including other Royal Jet ones) are configured for between 18-22 seats and include a state room, along with shower facilities.

Even though the aircraft was not in the classic BBJ configuration, it had recently been refurbished and it certainly looked very impressive. The forward cabin consisted of crew rest, as well as a large lounge area. This was followed by a cabin with flat-bed seats similar to business class, and finally the rear cabin consisted of 2 rows of economy-style seating and a standard airliner galley. 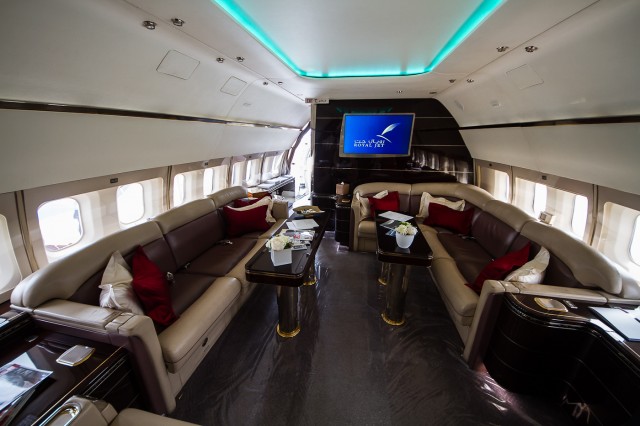 The most impressive component of the whole aircraft for me was the Boeing Sky Interior crown-style lighting, which I had not come across before on any other BBJ’s previously.

Furthermore, the color coordination and selection of materials gave a very calm and soothing impression, whilst at the same time providing a feeling of understated elegance very much in a similar way to the Etihad First Class cabin. This is not surprising, as both operators are based in Abu Dhabi, and there were definitely numerous common elements in both cabins. 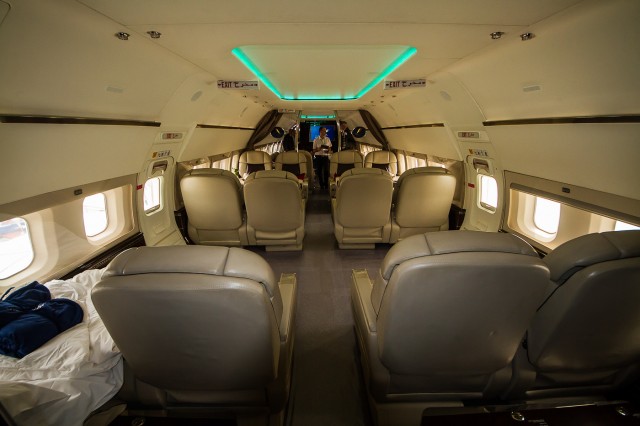 Now it was time to move onto the Gulfstream G650 static display aircraft.

Upon entering the aircraft, one really does appreciate all of the enhancements over previous Gulfstream models – in particular, the increased width of the cabin. Â This is probably most evident when seated, as the extra height of the cabin also gives a feeling of more openness. I have previously had the chance to tourÂ the G550/G450, and have found the cabin to feel a little cramped compared to,Â for example, a Bombardier Global Express, but the G650 shares none of these traits and in my opinion the cabin is substantially more spacious than the Global Express. 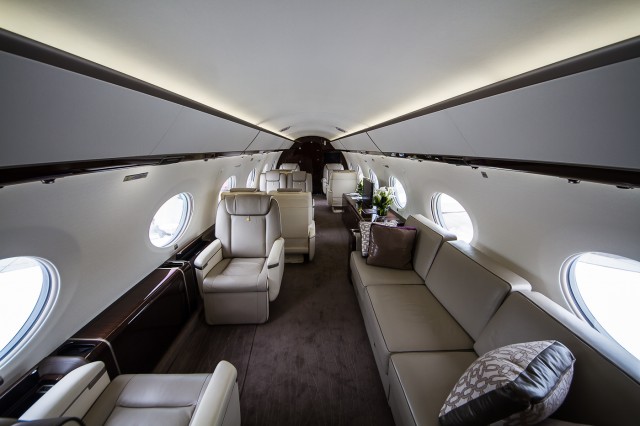 The rear of the aircraft also contains what is probably the largest cargo space I have seen; there is ample space for all those weekend ski trips to Aspen or shopping excursions in Paris. 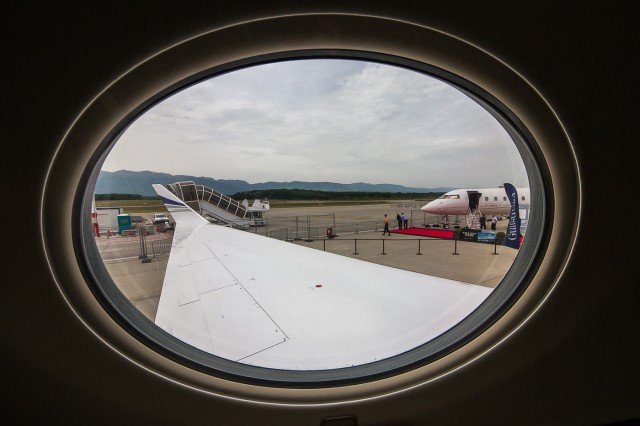 For me, the most striking feature of the whole aircraft was the size and positioning of the passenger windows. Unlike previous Gulfstream models, the G650 windows are arranged so that they align perfectly with all of the passenger seats, not just laterally but vertically (meaning that one just simply has to turn their head and the window is right there). The size of the window is also astonishing, as it is about 1.3 times the size of earlier models – it really does offer an unprecedented and unobstructed view. It is interesting to note that the first element on the design of the G650 to be completed were the passenger windows, and it is not hard to see why. 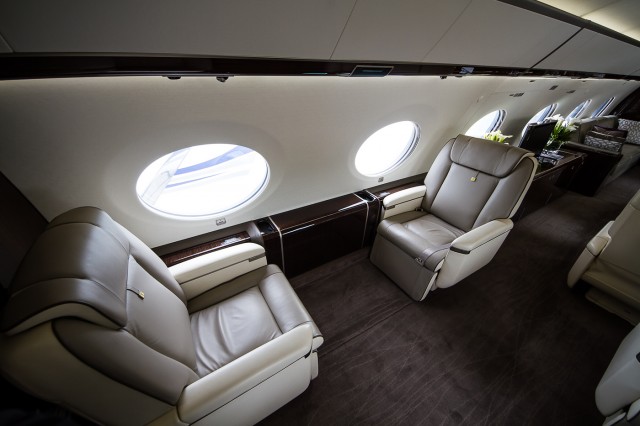 Club seating in the forward section of the G650 Photo: Jacob Pfleger | AirlineReporter

The cabin on this particular aircraft is the standard Gulfstream display cabin. The use of whites, grays, and coffee creams provides a feeling of understated elegance this is carried through onto the flight deck, which is one of the most impressive I have seen on any aircraft yet. 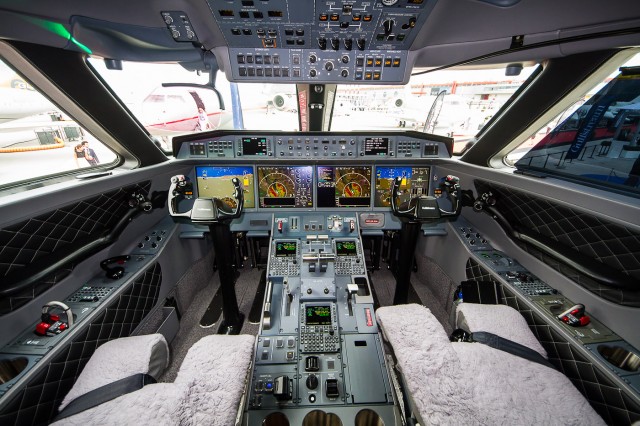 The G650 flight-deck just as classy as the cabin Photo: Jacob Pfleger | AirlineReporter

I felt honored to have the opportunity to tour some aircraft that can cost upwards of $100 million dollars.

The static display really was a unique experience this year. I am already looking forward to next year’s show, in particular what surprises will await.

The Avanti is horrible from a service stand point. It takes almost half an hour to fill it up because of the much smaller fuel inlet compared to the outlet on the hose, and the GPU plug directly next to the port engine caused a mad dash to pull it before they fired that engine up. Sure would love to hitch a ride on that 650 though.