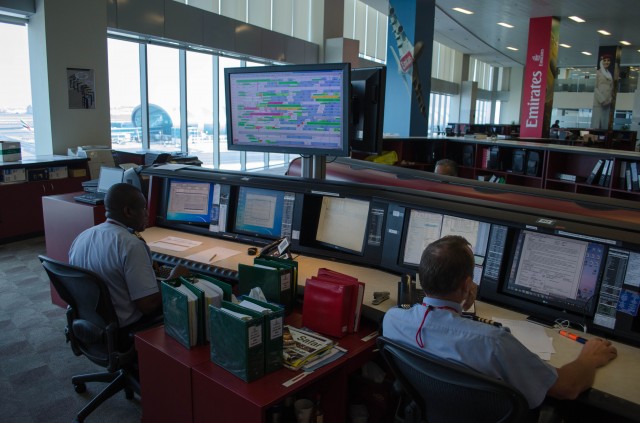 Dubai International Airport (DXB) is a hugely complex, massive, 24-hour machine. Airplanes land, passengers are exchanged, and airplanes takeoff. What goes on behind the scenes to make this seemingly simple task work, however, is anything but simple. Earlier this year, National Geographic UK took their cameras into the depths of Dubai’s airport, giving the public a rare look at operations at the home airport of Emirates.

While any show of this nature will sometimes go a little overboard with the dramatics, the core substance of the show is quite genuine. Of particular interest, Ultimate Airport Dubai gives a rare look at the migrant workers in the city. Almost all managers at the airport are “expats,” from as far as Australia or the UK, while a great deal of employees from the Indian sub-continent keep the airport moving.

The first of ten episodes in the series is embedded below, while the other nine can be found here.

Wow, this airport building is so cool, nice design:D

Thanks, Jason. When I find a little down time I’ll have a look at this NG video on YouTube. Most NG programs are well done and far North of the junk produced by others.

Thanks for posting this.. have watched 6 episodes so far. Really interesting viewing what goes on behind the scenes in getting an aircraft pushed back on time. Also cool seeing the maintenance etc that goes on too!