This time-lapse from our friends at Jet MidwestÂ offers a rare glimpse into the plane repainting process from start-to-finish.Â The clip begins with a Sun Country Boeing 737-800 (N804SY) landing at Kansas City International Airport. After a fast and furious time-lapse ofÂ less than five minutes, we witness what could easily be mistaken for a brand-new plane heading back to its home base in Minneapolis, MN (MSP). 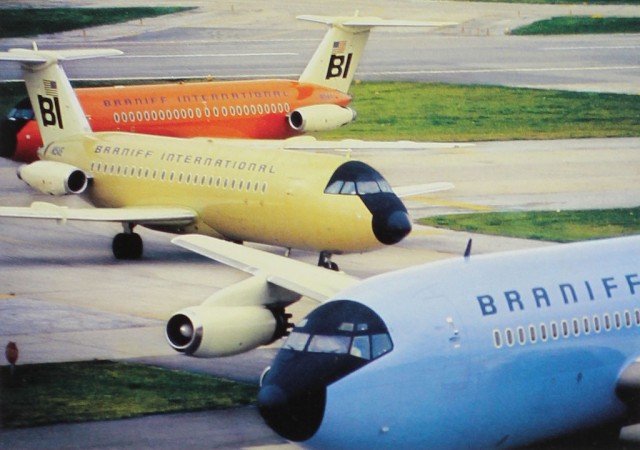 The similarity of Sun Country’s livery to that of Braniff might not be by mistake. According to Sun Country’s websiteÂ the airline was founded in 1982 by a group of former Braniff pilots and flight attendants.

Within the aviation enthusiast community (more specifically among plane spotters), there is a passion for colorful and diverse liveries. We’re thankful to Sun Country for doing their part to brighten the skies.

For more about what goes down at Jet Midwest, check out theÂ introductory post I wrote about them in July.

https://www.airlinereporter.com
PHOTO: Boeing Completes the First 787-9 Dreamliner
Video: The Airbus Family Seen at LAX from A300 to A380
8 Comments

Thanks for posting this. As a ex SY employee I miss working at SY and being around those planes. They do have one of the best corporate colors around.

Cool that you had time on the ground with these beauties. Was it with this livery or one of the earlier ones?

Glad you were able to catch this one Rob 🙂

Nice video! Sun Country is a classy little airline making its niche in a major’s hub (NWA considered MSP one of it’s strategic assets). From afar, it is easy to mistake Sun Country with SWA.

Kinda of looked like the AW 757 painted in Phoenix Suns livery at first.

I believe the B.W.I.A (British West Indies Airways) had the best livery than any other aircraft (“Jelly Bean” category)

Should the aircraft be re-weighed after a new paint job?