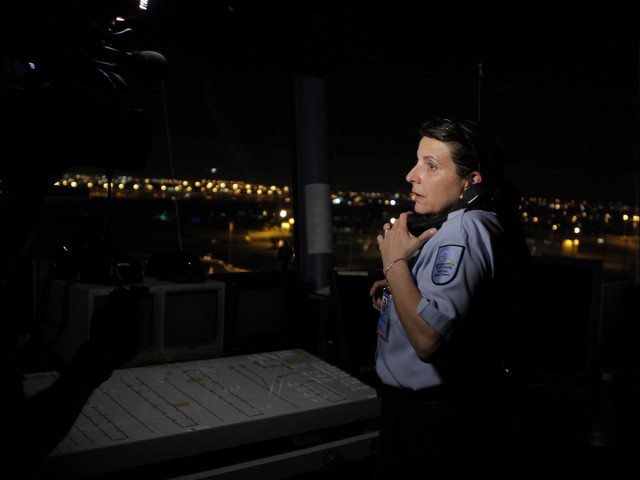 Power outages at a large airport are not good things, but provides entertainment on episode 211 airing July 23rd.

Have you been watching the second season of Airport 24/7: Miami on the Travel Channel? If not, you are missing some pretty great AvGeek-related stuff. In case you have not been able to connect with the show yet, here are two episodes coming up soon:

Episode 211 – Full Moon Airs Tuesday July 23rd at 9/8C on the Travel Channel
A full moon brings about bizarre circumstances at Miami Airport. A scorpion stings a passenger in customs, a power surge knocks out the airport tower, and a man calls in a bomb threat during the overnight shift. 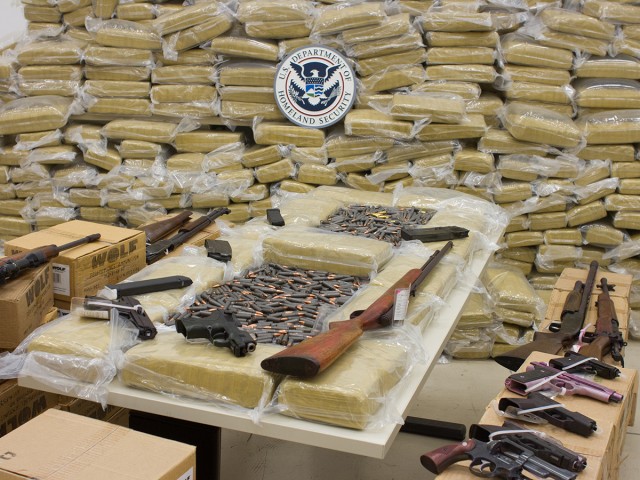 Now that is quite a bit of drugs, ammo and guns, all found at MIA.

Episode 213 – Guns & Money Airs Tuesday August 6th at 9/8C on the Travel Channel
Rumors abound when a $16 Million winning lottery ticket is purchased at an airport shop and all eyes are on the TSA. A passenger accepts a package that turns out to be a weapon in disguise.

If you have been watching the show, what are your thoughts? Good or bad, all of them will be read, since the Creator and Executive Producer Chris Sloan is one of the frequent writers on AirlineReporter.com.

I watched last season, and the first few episodes this season, but gave up on it. Not enough airplane & real behind the scenes stories, too many clearly staged shots with the same old not-very-interesting airport employees. When you show a walk & talk shot of someone explaining what’s going on, the only thought I have is how many times did you have to shoot & reshoot that to get it right? It’s not reality, it’s simulated reality, and it’s gotten tiresome.

There is just too much TSA in this program. The TSA is constantly justifying its existence by telling us throughout many of these Airport 24/7 shows how much that they are protecting the American public. The TSA and what it does is a clear violation of the 4th Amendment to the U.S. Constitution but the American sheeple don’t give a damn. That’s the amendment about, you know, unreasonable search and seizure as in touching your junk in the name of security. Now the TSA has spread this abomination to certain train stations and airport parking lots (searching parked cars). When will it end? It’s too bad the American public aren’t as adamant about this obvious violation of privacy as they are about keeping their guns. If they were, the TSA would have been put in its place a long time ago. That is why I will NEVER FLY AGAIN!

After seeing this and a few seasons of Burn Notice, I don’t think I’ll ever be going anywhere near Miami…

Fluff. Junk. One episode, last season, was enough to make me run -and to wonder why TSA is not credited as a major sponsor. So is it ‘educational?’ If the viewer has been on an airplane within the last 35 you already know that this fluff may teach you. Bleh!

I call it “Airport Cops” as it seems to be at least based on the TV show “Cops”, I don’t mind if some of the shots are staged as I’m more interested in how their operation works than anything else. It is amazing how some people
think they can smuggle suitcases of drugs that are going to be clearly
visible with the detection equipment or people coming from Cuba with bottles of liquor that will just end up being poured down a drain. Also liked the
one with Obama coming to Miami and all the the various security things they
had to do to prepare for his arrival.

Having at worked at MIA, Miami 24/7 is, I can tell you, a comedy show. The people they depict as “hands-on” and in-charge are a joke. The only one in the bunch who has any true leadership experience and aviation knowledge is Lonnie Cravens.

It is in reality a fantastic and beneficial item of facts. I will be satisfied which you shared this useful data here. Remember to continue being all of us advised similar to this. Many thanks expressing.