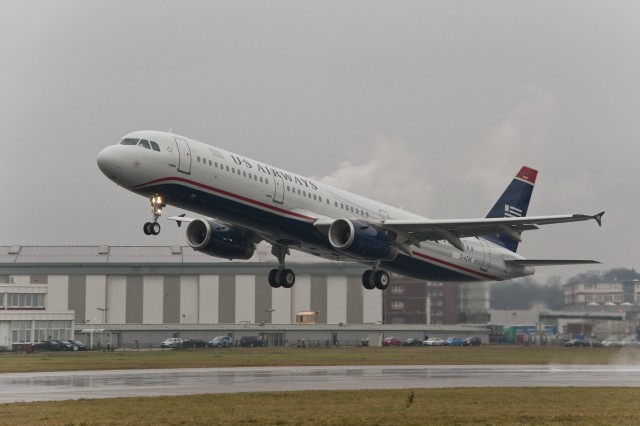 So, is the German flag on the tail because US has not “Officially” taken ownership yet? Will it be changed to the Stars & Stripes when they are the operating/owning carrier of this aircraft? Will the tail number change too?

Yup, just use the German flag and temp reg# during testing and it gets changed over to the nation’s flag of the airline and their reg# at delivery. Boeing works the same way. Just really weird seeing the German flag on a tail with an American flag as the livery.

How befitting to deliver the 7000th A321 to the airline that a few years ago managed to produce Miracle on the Hudson (though with A320).