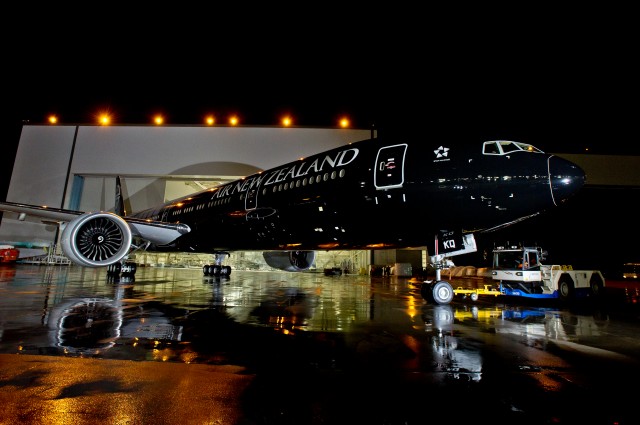 https://www.airlinereporter.com
Stephen Colbert Looks to See if the Denver Airport is Part of End of Times
Airbus Delivers Their 7000th Aircraft – An A321 to US Airways
5 Comments

I think it looks slick! Save the few necessary safety outlines on exits, the world’s airlines have a mostly free hand with their livery. Most look pretty good and a very few might be called questionable. In my view, let them paint whatever they like. The only livery add-on that has alwalys annoyed me is SouthWest Airlines’ propensity to paint some wheel frames. Those painted wheels are not really ‘hub caps’ in the classic sense, but that’s what they are trying to achieve. The SWA ORANGE on some wheels just – there is no polite way to say it – it just sucks! B737 do not have ‘hub-caps’ and painting to suggest that they do is both dumb and ugly, in my opinion. And, when wheel needs to be changed, to keep a bird in service, the too often substitute an unpainted one. What’s it conna be folks? I’d rather see their bold colors from the top of the gear up. The Boeing 737 does not have ‘Hub Caps!’ And I’ll quit while I’m ahead.

I will miss Rico

Actually Cook, it does have a “hubcap”. Unlike other commercial aircraft the landing gear when retracted does not have doors closing in the landing gear, so the “hubcap” is showing when looking at the underside of the airplane in flight. Southwest paints them so they match the rest of the wing to body fairing. This link makes it more obvious:
http://www.youtube.com/watch?v=9uPBgOlhuLc

Thanks, John, I’ve not seen this photo; you are probably right about the non-scanning radar or tail-warning dievce. The guns might have been fifty caliber, but three is unusual. Not the run-of-the mill B-50, anyway! Best regards Walt