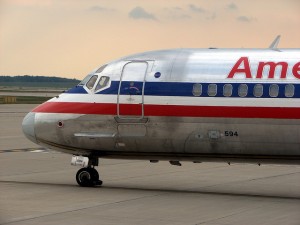 The battle between airlines and travel sites is starting to heat up, but for different reasons.

The relationship between airline and secondary travel sites is interesting. Most have a relationship like travel agents used to, where the site will get a referral fee for making the booking. However any additional money made from hotels or cars is kept by the outside site.

Back in October 2008, American Airlines went to battle with Kayak.com. Kayak.com is pretty darn cool and I don’t mind giving them a plug. You are able to say where and when you want to go somewhere and they will compare fares. They will also let you know if the cheapest fare is on the airline’s website (which I find it almost always is) or on another site like Orbitz or Expedia. Kayak doesn’t actually sell you anything, but just refers you to another site to make the actual purchase.  Back in 2008, American was not happy since they wanted Kayak to only link to their site and not to third party sites like Orbitz, Expedia, etc for comparison. It appears that American won, since their site is the only one listed under American fares on Kayak.

More recently American is taking Orbitz head-on. American has required Orbitz to remove all their flights from the site. American is stating this is because Orbitz  is not just a third party, but sort of a fourth party. American gives its flight information to another outside company and that company gives it to Orbitz, Expedia, etc. American has been asking Orbitz to work directly with American’s reservation system, cutting out one of the middlemen, but the two companies have not been able to make a deal. Even though that might be more of a public reason why American is cutting out Orbitz, I wouldn’t doubt they might be trying to make a more aggressive move against the third party vendors.

What makes this more interesting is Expedia is jumping in on the fun. Expedia, on their own, has decided to “bury” American’s listings on their website,  making them very difficult for customers to find. Kind of like a preemptive “screw you,” for messing with Orbitz and possibly messing with them. American is not taking this without a fight. They have been vocal via their Twitter account telling customers they still have options, “Expedia made AA fares harder to find on Expedia.com. Go to AA.com, Kayak or Priceline for AA fares,” American posted recently on their Twitter account.

Now, Delta is feeling left out and decided to have their listings  removed from three travel sites: CheapOAir, OneTravel and BookIt. As of now they still have their full listings on other sites, but this could possibly change.

Airlines like Southwest and Allegiant have not allowed other site to list their prices for a long time. They get the benefit of all passengers booking on their website and getting 100% of the ancillary revenue.  Will this continue as other airlines look for ways to increase revenue? Will sites like Expedia and Orbitz be able to change their business model in a way that airlines will still work with them?

Honestly, I am not sure how this will all work out and if, in the end passengers will be better or worse off. I just hope something is figured out. Having to go to each airline’s website to figure out times and costs and compare them to others is not something I really want to go back to.

I think they are all hurting themselves more in the interests of trying to make a buck. I tried Hipmunk and really enjoyed the graphical picture of possible flights. http://www.hipmunk.com/

From what I have read elsewhere the move by Delta was to trim off some of the bottom-dwelling websites.

I don’t think they’re helping themselves here. I don’t fly all that often, but when I do, I check a couple of the consolidated sites, compare to Southwest, and then buy the Southwest ticket.

I have two thoughts on this matter.

First, I wonder if the idea of the third-party sites calculating the prices after fees such as baggage rather than before is what AA and DL are really afraid of.

Second, I also remember my experience in 2001 flying from OAK to SAT. I got on Travelocity at the suggestion of my dad, and found the best prices and times on America West. Not having ever bought my own airline tickets before at the time, and not yet knowing to check Southwest, I bought the tickets despite never having heard of America West before, but I easily learned from the listing that they were flying Boeing 737s (if it ain’t Boeing, I ain’t going unless the price difference is more than about $20) and were offering the best price for my route.

If America West got my business without me ever seeing a shred of their advertising, perhaps AA and DL feel that by making these sites less complete, people will use them less and thus not discover smaller airlines like I did in 2001. I don’t think they can put the genie back in the bottle, but maybe they disagree.

I like orbitz.com better than the websites American is saying to go to. I’d like to see people complain to American to get back on Orbitz. In the mean time, American is not likely to get my business.