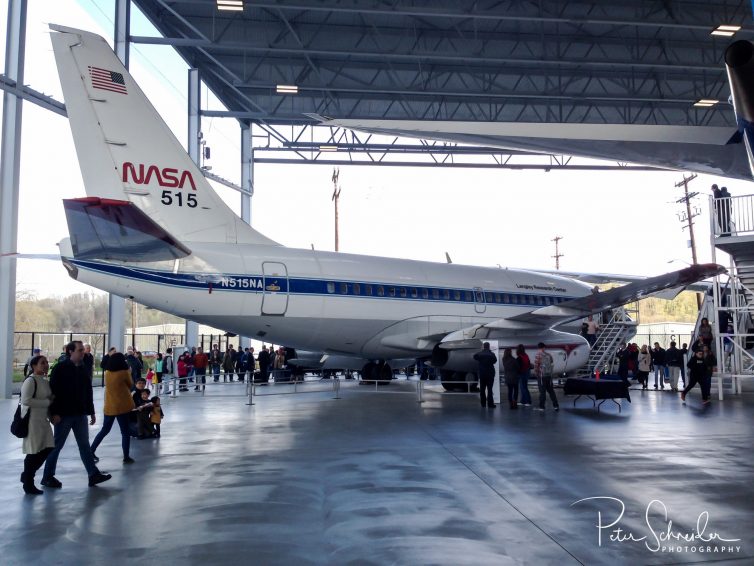 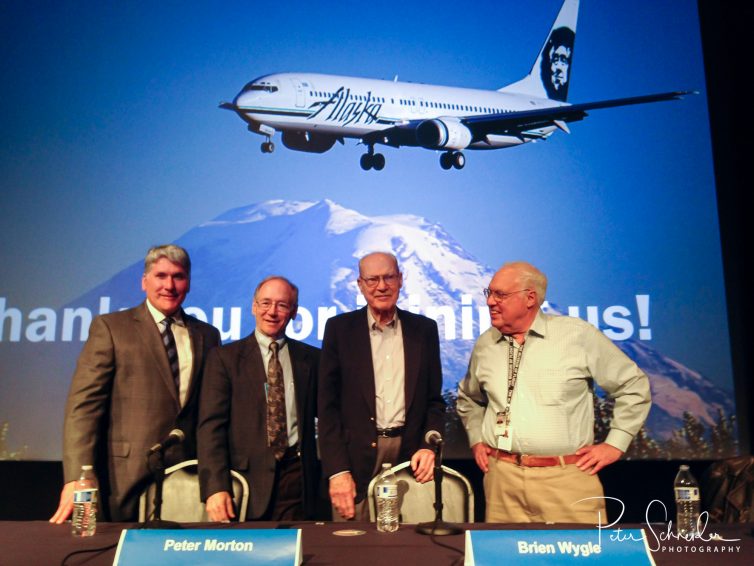 Panel at the event.

Some items of discussion by the panelists were the marketing efforts of the 737; the initial order from Lufthansa is what drove the 737 project forward. Bob Bogash shared some audio and film recordings. Particularly interesting was the footage showing that a single pilot can easily handle all sorts of problems that could arise in a 737. That was a part of the discussion, that a flight engineer was no longer needed in the cockpit, although certain airlines were hesitant about a two-man cockpit. Also fascinating were film recordings of gravel runway tests. 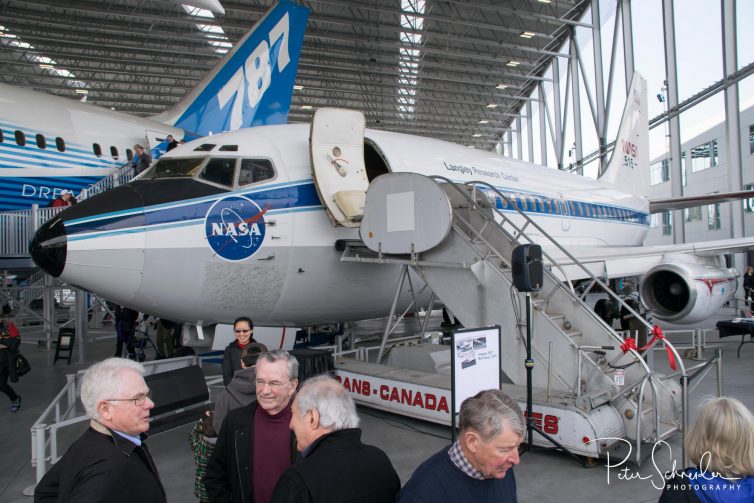 Bob Bogash told many stories from being a young engineer on the 737 project to his caretaker role of 737 prototype at Moses Lake and the final flight. After NASA retired the 737 prototype in 1997 and placed it with the Museum of Flight, the aircraft was flown to Moses Lake, Washington, where it remained in active storage. Bogash took on the role of caretaker of the ’œBaby Boeing’ where he made sure the plane remained in airworthy condition through the years. And finally, on September 21st, 2003, the Boeing 737 prototype made its final 33-minute flight from Moses Lake to Boeing Field in Seattle, where it has been placed on display at the Museum of Flight. 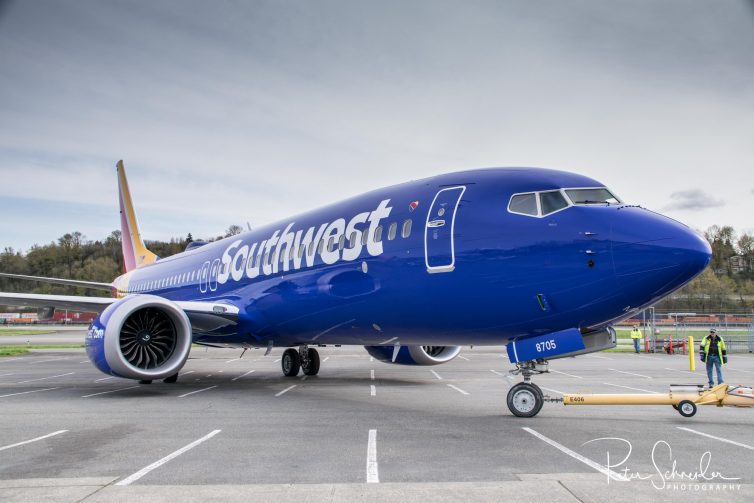 A MAX8 with Southwest livery

After the panel discussion, some people headed outside to the parking lot to view a brand-new Boeing 737 MAX8 that was parked in the museum’s parking lot for the event. Others headed over to the museum’s outdoor pavilion, which houses numerous aircraft – among them the 737 prototype. And some AvGeeks used to opportunity to have books, plane models, stickers, and other items autographed by Captain Brien Wygle and Bob Bogash. 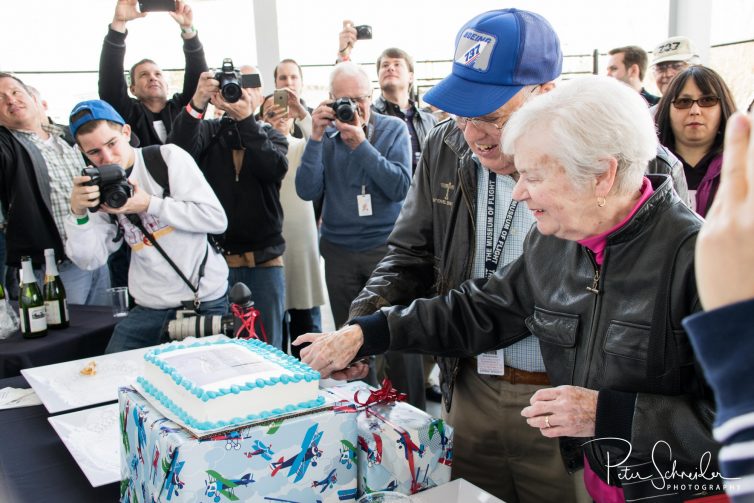 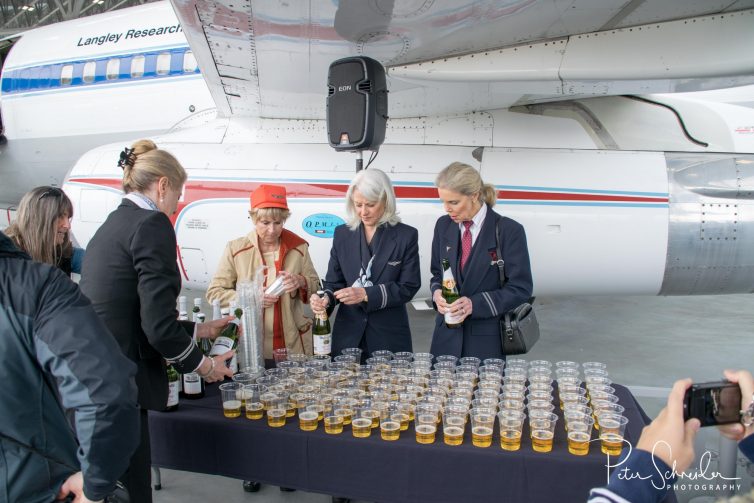 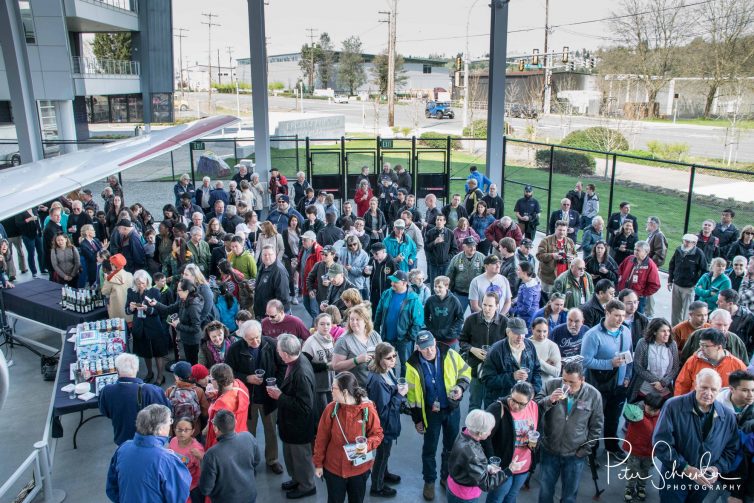 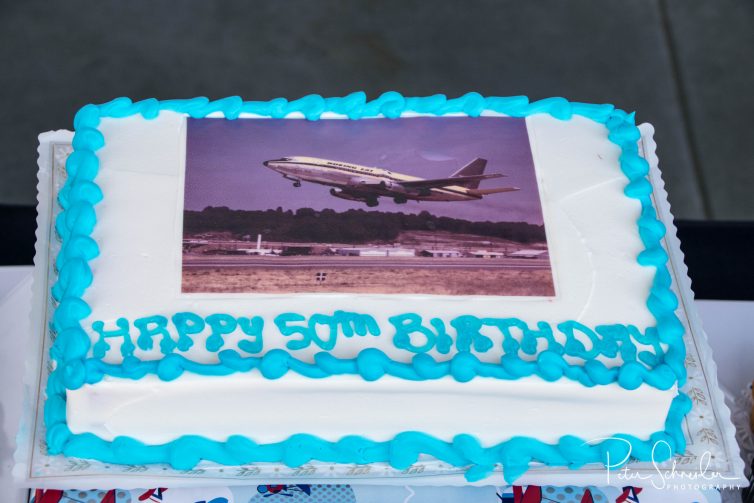 The festivities then continued next to the ’œBaby Boeing’. Flight attendants in vintage airline uniforms readied the ’œbubbly’ for the toast, while Bob Bogash said a few words to the crowd. Of course, the ’œbirthday girl’ was serenaded with everyone singing Happy Birthday followed by a toast! Shortly thereafter, Bob Bogash and Brien Wygle cut the red ribbon on the air stairs, and the Boeing 737 prototype was open for a visit. The entire plane was not accessible, but everyone was able to get a good look of the cockpit and the testbed inside the plane. The festivities then rounded out with Bob and his wife cutting the nice looking birthday cake with a picture of the ’œBaby Boeing’ on it. 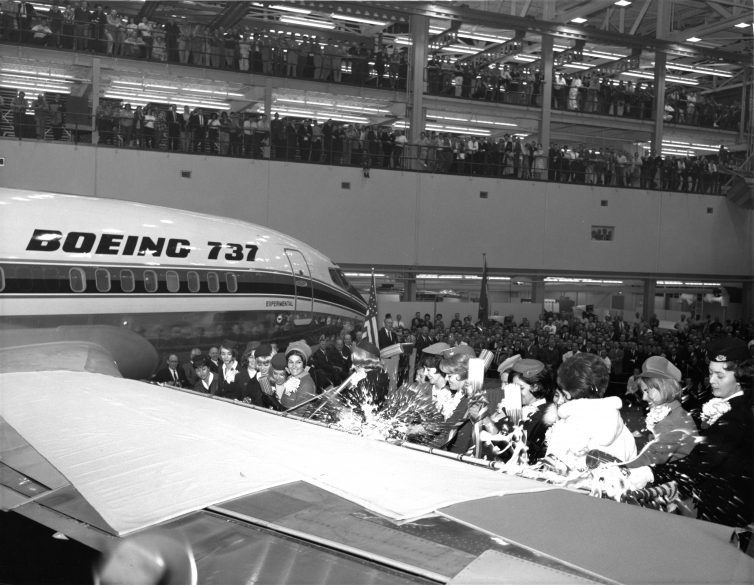 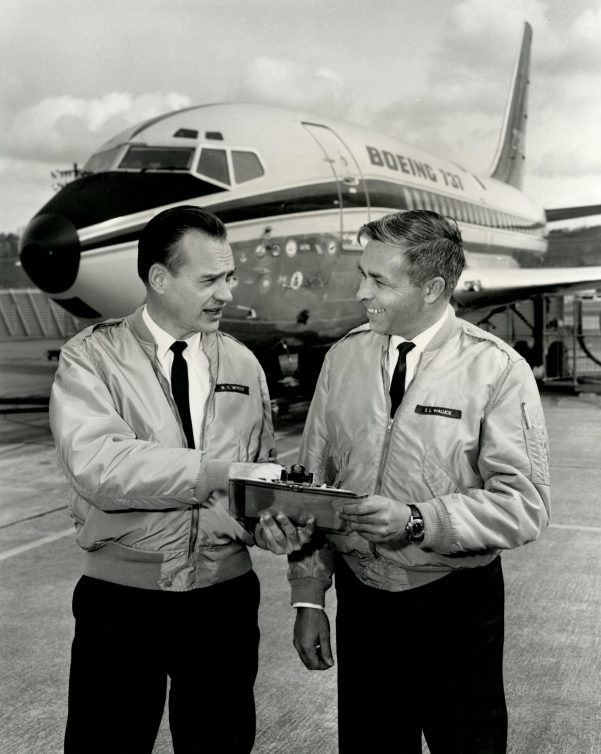 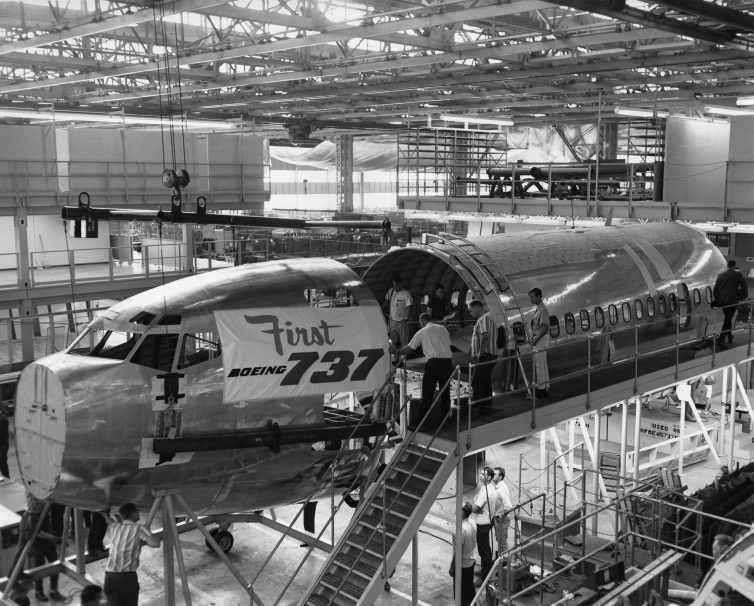 There were several airline pilots in attendance, and I meet two of them from Southwest. They had heard about the event in Seattle and they were determined to attend. They were able to arrange for a routing that gave them an overnight layover in Seattle, with a late departure the following day. They came in the night before the event from Las Vegas, and following the event they were on their way to Denver, but not before having met first Captain Brien Wygle. For sure, a very memorable event for a 737 Captain and First Officer, to fly themselves in a 737 to the 737’s 50th Birthday party.

Roar of the Dragon: Overnight from LHR to HKG in Business on Cathay Pacific
More To Love: Alaska Air’s Annual Aviation Day
2 Comments

Oh how I love these classic designs. In the age of bland and boring Euro-white, I wish black radome nosecones, shiny reflective metal-like liveries (a la old AA) and colorful paint schemes with stripes would make a comeback.